(Courtesy of Star Wars Celebration)
By Will Levith 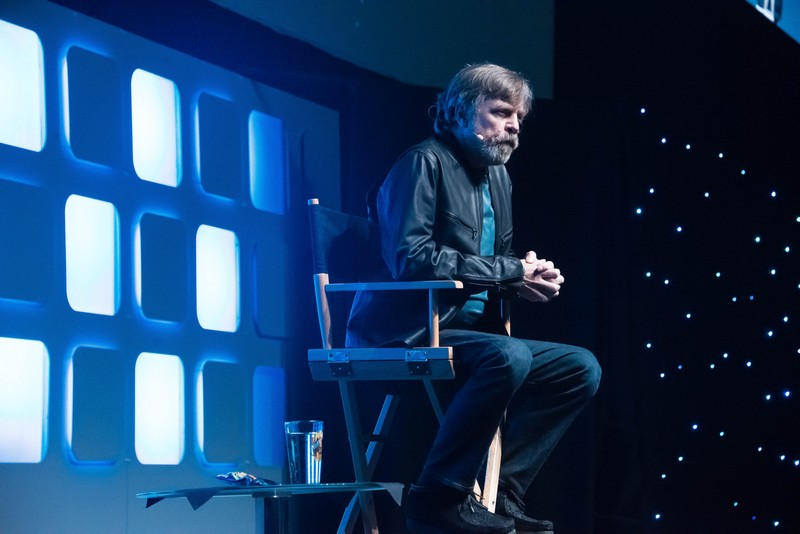 The next time you see Star Wars‘ Luke Skywalker (a.k.a. Mark Hamill) signing a lightsaber, there will be a shadowy figure hovering around him.

No, it won’t be the ghost of Ben Kenobi, but rather a professional onsite authenticator, who will have one simple job: to watch the signature happen, document it, and affix a coded hologram to the piece before the next one is signed.

Hamill and his authentication Padawan, who is employed by Authenticators, Inc., will be doing this multiple times over the next several days at the big Star Wars Celebration convention in Orlando, Florida, running from April 13-16.

It’s a huge deal in the multimillion-dollar memorabilia/auction marketplace. Throughout the ’70s, ’80s, and ’90s, the memorabilia world was glutted with fakes, forgeries, and frauds—especially in the sports autograph world, but also in that of TV and film. The FBI even got involved.

It became such a pervasive problem that so-called authentication services (see: PSA) started cropping up everywhere. They acted as middle-men, who offered autograph hunters the peace of mind that what they were potentially paying thousands of dollars for was genuine.

The one problem with that scenario? These authentication services couldn’t really give collectors more than “their good word” or a piece of paper that said they guaranteed that a piece of memorabilia or autograph was real. At the end of the day, all they were really offering was an informed opinion. 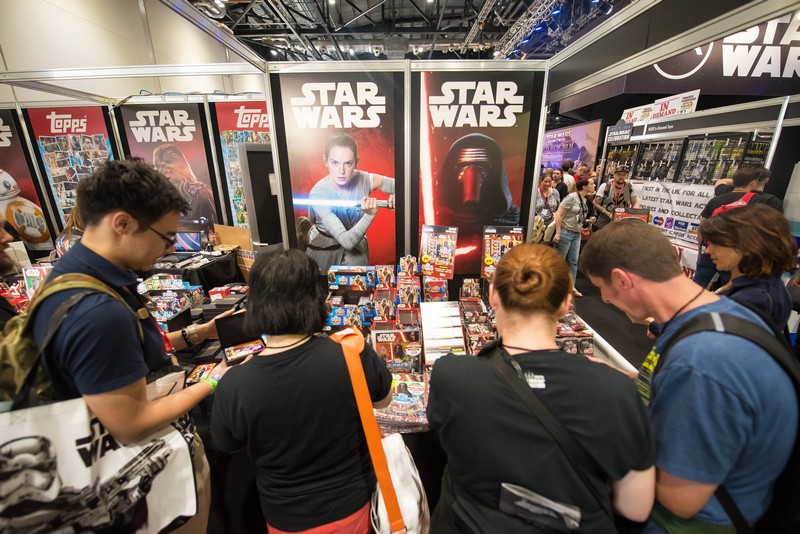 That’s where the MLB saw an opportunity to shine. Launching its own MLB Authentication Service in 2001, the league took the concept of authentication, and simultaneously dumbed it down and made it airtight. Hiring former law-enforcement types as professional authenticators, they stationed these personnel at every game during the regular baseball season (including spring training, the playoffs, and the World Series), and had them simply observe the action. And if anything historic or record-breaking occurred—or the MLB just wanted some game-used cleats from, say, David Ortiz—they were there to actually see it happen, document it, and officialize it with a holographic sticker and code number. This was done via a computerized system. (The aforementioned Authenticators, Inc. was spawned from MLB’s program.)

The genius behind that strategy is that the MLB was now able to lay claim to the notion that it had the only truly authentic MLB memorabilia. And it started making a killing selling it in its own online store and at ballparks across the nation.

Recently, they’ve been thinking about expanding on that notion. So last December, the MLB partnered up with Topps and Lucasfilm to bring that same real-time authentication experience to Star Wars fans, launching the Star Wars Authentics site, which currently only sells autographed photos, but per an MLB rep, will expand beyond that in the coming months.

The proving ground? Present-day Orlando, where all fans will be able to get their items signed and authenticated on the spot—as long as they’re Star Wars–branded.