With the 91st Academy Awards finally over, Glenn Close and Amy Adams left the Dolby Theatre in some very select and celebrated company.

Close, who was up this year for The Wife, has been nominated seven times over more than 35 years — starting with her movie debut in The World According to Garp. Her lengthy list of Oscar nods includes iconic performances in films like Dangerous Liaisons and Fatal Attraction. 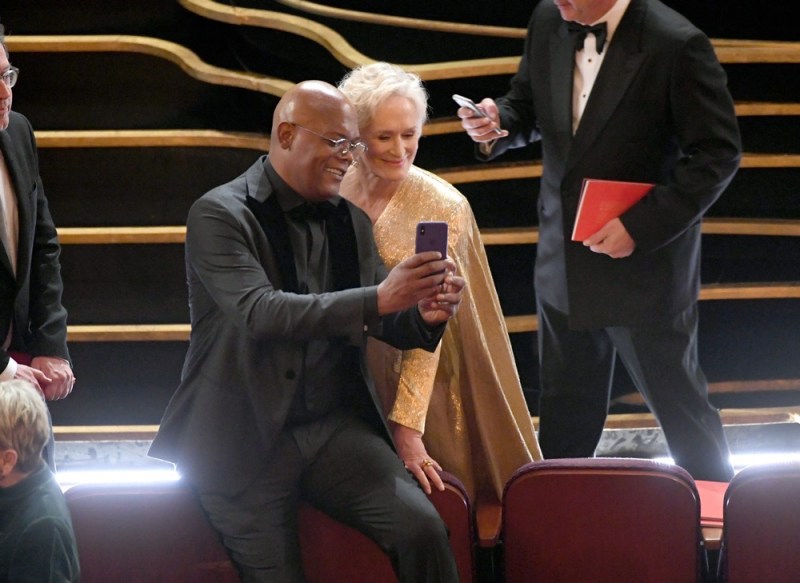 And although Adams is more than 25 years younger, the hard worker is close to catching up. She’s notched half-a-dozen failed nominations over just the last 13 years, ranging from the indie darling Junebug to this year’s political satire, Vice. Six trips to the Oscars, six trips home without a statue.

Of course, although these women seem particularly unlucky, those are the odds. For every lucky winner who gets to go up there and thank the world, four losers are left sitting in their seats. Most even do a good job of looking unsurprised, even pleased (they are actors, after all).

And then they go home, and take out their carefully written acceptance speeches, and rip them up into tiny pieces.

But maybe that’s the wrong attitude. Maybe not winning – year after year – is actually another kind of honor. Maybe even a greater one.

Consider Alfred Hitchcock. He was Hollywood’s most famous — and most financially successful — director for decades. Any list of cinema’s greatest films always includes a few of his —Vertigo, Rear Window, Notorious — at the top. His Rebecca nabbed producer David O. Selznick a best-picture statue; the next year, Suspicion garnered Joan Fontaine a best-actress prize.

But despite five nominations over 50 years of filmmaking, Hitchcock never won a best-director Oscar. Finally, in 1968, he was given an honorary award. 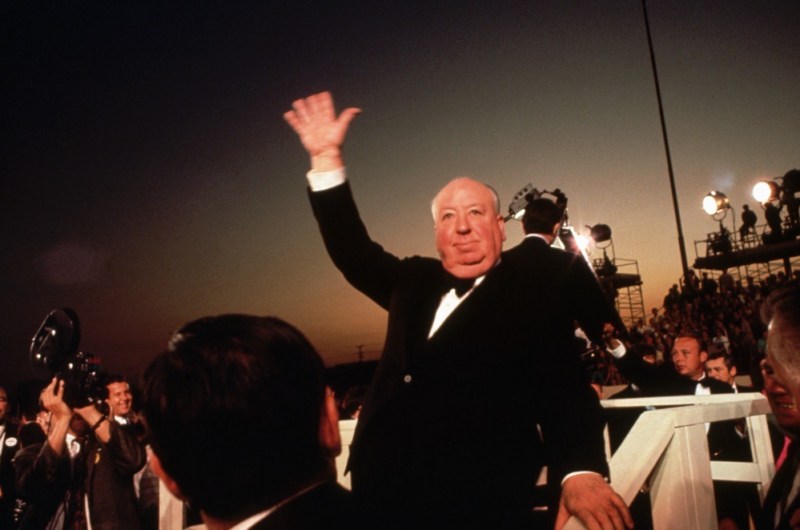 Alfred Hitchcock waves to the crowds upon his arrival at the Academy Awards Ceremony of 1968.
Bettmann

Other, equally brilliant filmmakers had to settle for splitting a single prize in another movie category. Like Stanley Kubrick, who out of 13 nominations as a producer, director and writer, shared only one win — for the special effects of 2001: A Space Odyssey.

Or poor Orson Welles, who split the screenplay prize for Citizen Kane with Herman Mankiewicz — and was never even nominated again, for anything. They eventually pensioned Welles off with an honorary award too — even as he was still trying to get new productions underway.

It’s not surprising, then, that some people resist these “lifetime achievement” prizes, seeing them as premature. After all, aren’t they still living? Still working?

Although he’d already been nominated for — and lost — seven acting Oscars, Peter O’Toole almost refused his honorary one in 2003, saying he “wanted to win the bugger outright” instead. (And he did, in fact, grab one more nomination four years later – although he lost that one, too.)

And while Paul Newman also had seven losing nominations to his credit, he was initially reluctant to pick up an honorary award in 1986. Ironically, he came back to win best-actor the next year for The Color of Money, and added two more nominations plus a humanitarian award before retiring.

Still, even as veterans like O’Toole protest they’re still “in the game,” you can understand the Academy’s eagerness to award some sort of consolation prize before it’s too late. It’s not just to honor the celebrity. It’s to save the organization embarrassment.

There have been more than 90 years of Oscars, and those decades have been marked by all sorts of discrimination.

Against performers of color.

It’s why, four years ago, Oscar power brokers gave an honorary award to Spike Lee. As an outspoken, East Coast African-American, it seemed possible he’d never collect the necessary votes to win. But he was already 58, and his career seemed to be slowing down. Did the Academy really want this snub to become part of its history? 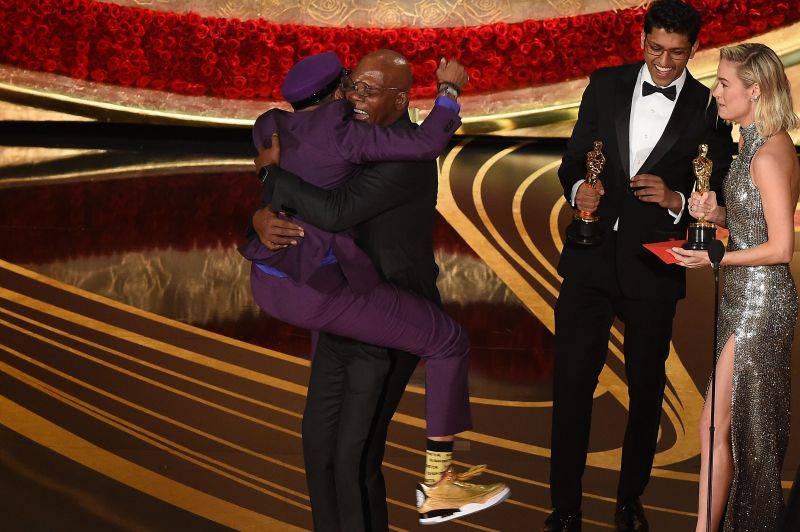 Of course, like Newman, Lee got the last laugh by coming back to win, sharing a best adapted screenplay award this year for BlackKklansman.

But still, the Academy worries, dreading the line in some future obituary — “never even awarded an honorary Oscar” — that only makes the organization seem more out of touch.

Going totally forgotten is a sad distinction earned by Richard Burton, who went to his premature grave in 1984 with seven failed nominations and nothing else. Or the late Albert Finney, who died this year with five nominations, but no extra acknowledgement.

Occasionally, the Academy board snaps to attention, trying to correct past wrongs with a special prize — even when the honoree, like the three-times nominated Greta Garbo in 1955, refuses to pick it up.

But too often, Oscar honchos seem to have other things on their minds. Is there any other reason that no one’s thought to invite Kim Novak up on stage — an icon who was never even nominated? Or the lovely Doris Day?

“It’s an honor just to be nominated” goes the old Hollywood boilerplate. But given the industry’s short-sighted history, sometimes it seems it’s even more of an honor not to win. Who doesn’t want to share that status with Cary Grant or Groucho Marx (who finally got honorary awards)? Or Marilyn Monroe, who never even won a nomination?

To be that talented, and that overlooked, is a special kind of win.

Just ask Glenn Close, who with her latest, seventh defeat, becomes the most unappreciated living Oscar nominee of all.

Instagram Model Says She Sunbathes Her Pubic Area for Wellness

Is Your Restaurant’s “Outdoor” Setup Safe? An Aerosol Scientist Weighs In.

Do Any At-Home Teeth-Whitening Products Actually Work? A Dentist Weighs In.
Instagram Model Says She Sunbathes Her Pubic Area for Wellness
How the Raunch-Com Shaped Millennial Masculinity, For Better and Worse
Porsche’s Transaxle-Era Sports Cars Are Criminally Underrated
Is Your Restaurant’s “Outdoor” Setup Safe? An Aerosol Scientist Weighs In.
“Pappyland” Will Make You Rethink Everything You Know About Whiskey

Will We Ever Be Able to Fully Understand Frank Zappa?
Products of the Week: Todd Snyder x Peanuts, Hemingway Hats and a Great New Peacoat
How to Navigate the Rules for Shipping Booze This Holiday Season
Chef David Nayfeld Shares His Essential Cookbooks, Kitchen Gear and More
Dear TV: Please Stop Shoehorning the Pandemic Into Scripts
15 Hot Gifts for Spice Lovers This Holiday Season

“Pappyland” Will Make You Rethink Everything You Know About Whiskey
Why Ralph Lauren Never Goes Out of Style
Is David Fincher’s “Mank” a Netflix Psy-Op? An Investigation.
The 100 Best Gifts for the Women in Your Life