After tying a record with 14 Oscar nominations Tuesday morning (Jan. 24), it looks like it will be the same old song and dance for La La Land as it has been all awards season.

Voters have clearly fallen in love with director Damien Chazelle’s musical about an aspiring actress and a jazz musician torn between their career aspirations and their relationship—likely to the tune of best picture, best director, best score, and best actress (Emma Stone) wins. The hopes of the film’s closest competition, Manchester by the Sea and Moonlight, seem to fade with each successive awards show.

There still has been plenty of suspense and surprise, though, with the announcement of this year’s Academy Awards nominations.

The biggest winners in the surprise category?

1.) Mel Gibson. While his war film Hacksaw Ridge won’t likely storm the stage in any of its six categories, it really is an honor just to be nominated. It’s his first recognition of any kind from his peers since his drunk driving arrest and anti-Semitic tirade nearly ended his career more than a decade ago. Hollywood’s biggest redemption tale this year wasn’t on the screen. 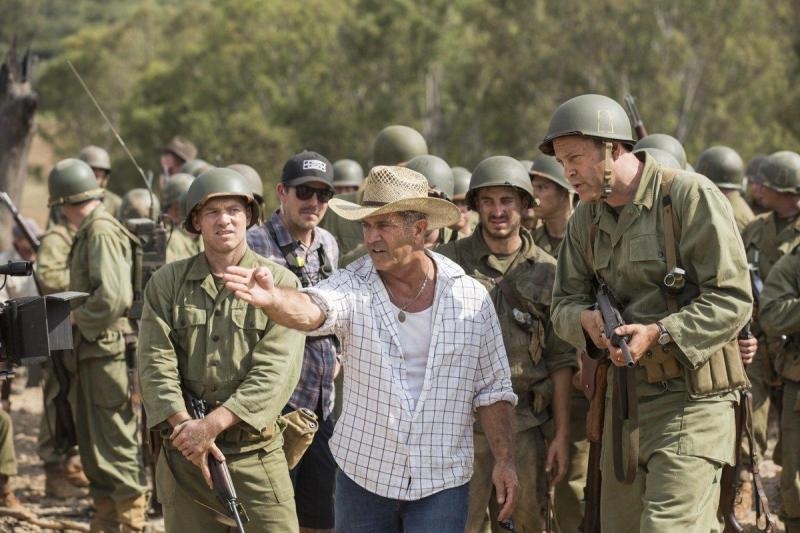 Mel Gibson on the set of ‘Hacksaw Ridge.’ (Lionsgate)

2.) Diversity. A year after the #OscarsSoWhite controversy—2016 marked a second straight year in which no actor of color was nominated for an acting award—sparked major outrage inside and outside the industry, there was a major course correction. Six African Americans were nominated this year, with Viola Davis emerging as a heavy favorite in the best supporting actress category.

It was a banner day for films with a heavy emphasis on racial themes as well. Moonlight, Hidden Figures, and Fences, taking three of the nine best picture nominations. They will compete against Lion, based on the true story of an adopted man who dedicates his life to reuniting with his birth family in rural India. That film’s star, Dev Patel, becomes just the third Indian actor ever to notch an Oscar nomination. And in the documentary category, the nominees included Ava DuVernay’s 13th, O.J.: Made in America, and I Am Not Your Negro. 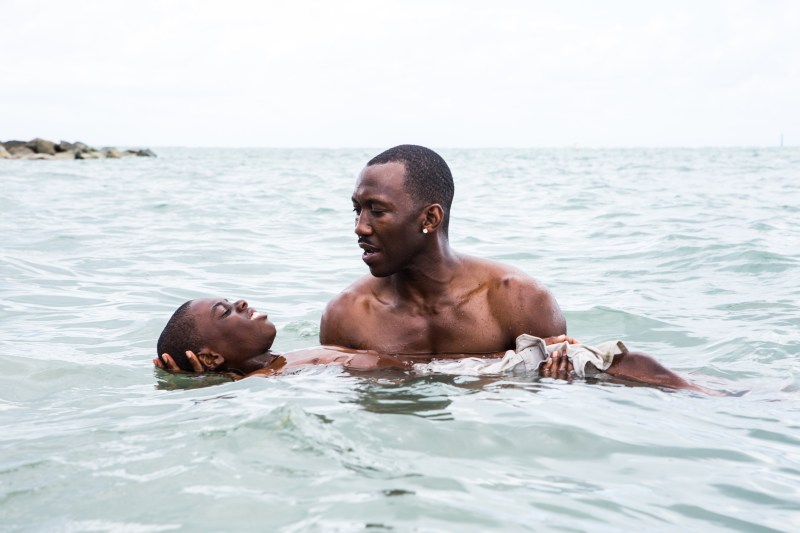 Arrival‘s Bradford Young became the first African American to ever be nominated in the cinematography category.

3.) Meryl Streep. She may not have a shot of winning the best actress Oscar against favorites Emma Stone (La La Land) and Natalie Portman (Jackie), but Streep just padded her record with a 20th nom. The nomination for her turn as a tone-deaf rich woman who launches an opera career in Florence Foster Jenkins comes just weeks after her incendiary anti-Trump sermon at the Golden Globes, disputing any critic calling her “overrated.”

4.) Suicide Squad. Somehow, one of the worst-reviewed movies of the year was nominated for an Academy Award. It may be for makeup and hairstyling, but there is an actual chance that the most tepid superhero movie of the year will end up enshrined in Oscar history. Take that, Deadpool and Captain America! 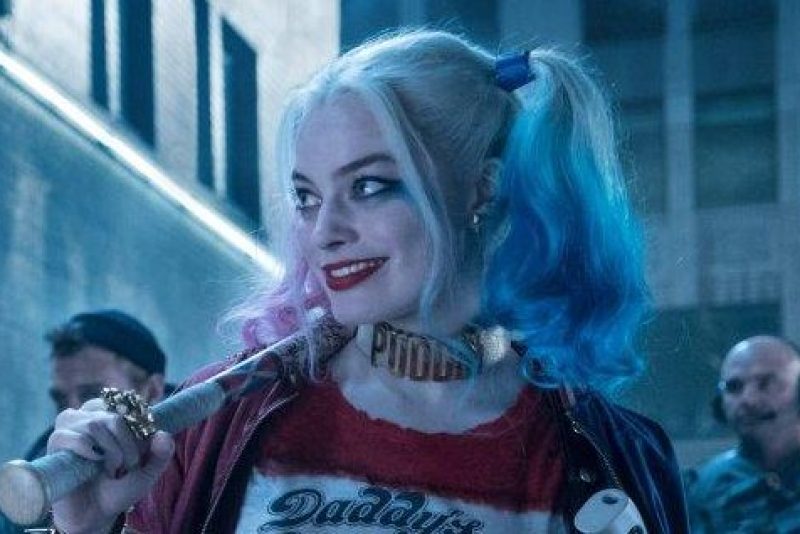 5.) The Arrival of Arrival. Amy Adams may have gotten spurned for an acting nom, but that an intelligent sci-fi film can even orbit the best picture and best director races is a pleasant surprise.

But for every surprise nominee, there has to be a movie or actor that was snubbed. Among the biggest losers:

1.) Annette Bening.  Apparently, there was no place in the 21st-century awards scene for the drama 20th Century Women and a memorable performance from the film’s big star.

2.) No Applause for Silence. Martin Scorsese’s period epic about Jesuit priests hiding from persecution in 17th-century Japan officially faded into history as both a box office and awards season disappointment. It’s too bad; Silence is a visually stunning and nuanced film. 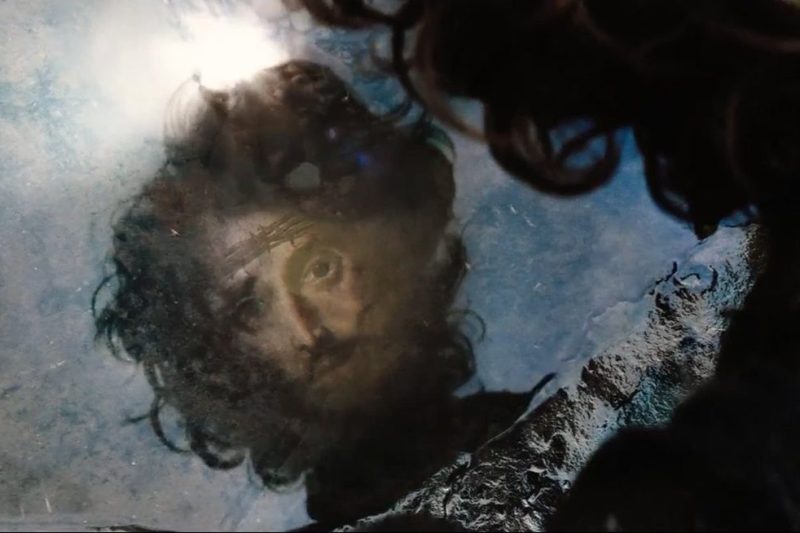 3.) Anthony Weiner. Even after exposing his personal life to movie cameras for Weiner, the best political documentary in years, the scandal-scarred former politician was defeated by Oscar voters.

4.) Tom Hanks in Sully. Apparently, just landing a plane in the Hudson isn’t enough of a miracle anymore.

5.) Pixar. The acclaimed studio finds itself in the strange position of having to cheer on sister studio Disney Animation’s Moana and Zootopia after Finding Dory found itself shut out of the best animated film race.

6.) The Birth of a Nation Is Dead on Arrival.  It’s actually not technically a surprise, considering how the slavery epic imploded after details surfaced of 1999 rape allegations previously leveled at the film’s writer/director/star Nate Parker. But it’s hard to forget that one year ago, the Sundance darling seemed poised to be the film to overturn the Oscar diversity problem.

How to Rent Out Four of the Most Exclusive Private Islands on Earth
Was Noah Baumbach’s Father as Awful as the Characters We Link With Him?
This Mexican Corn Liquor Will Transform Your Whiskey Drinks
Save 15% on Hawkins New York Dinnerware at Verishop
These Are the Best Fitness Trackers and Watches for Your Next Workout
You Need a Short-Sleeve Sweatshirt. Todd Snyder's Is 21% Off.
Madhappy x Vans Team Up for Friendship-Bracelet Inspired Sneakers
The Best Early Prime Day Sale Is This Echo Dot 2-for-1 Discount
Swim in Style With These Lacoste Trunks, Now 30% Off