17 Movies Worth Watching in 2017, From ‘Star Wars’ to Jennifer Lawrence’s ‘Red Sparrow’ 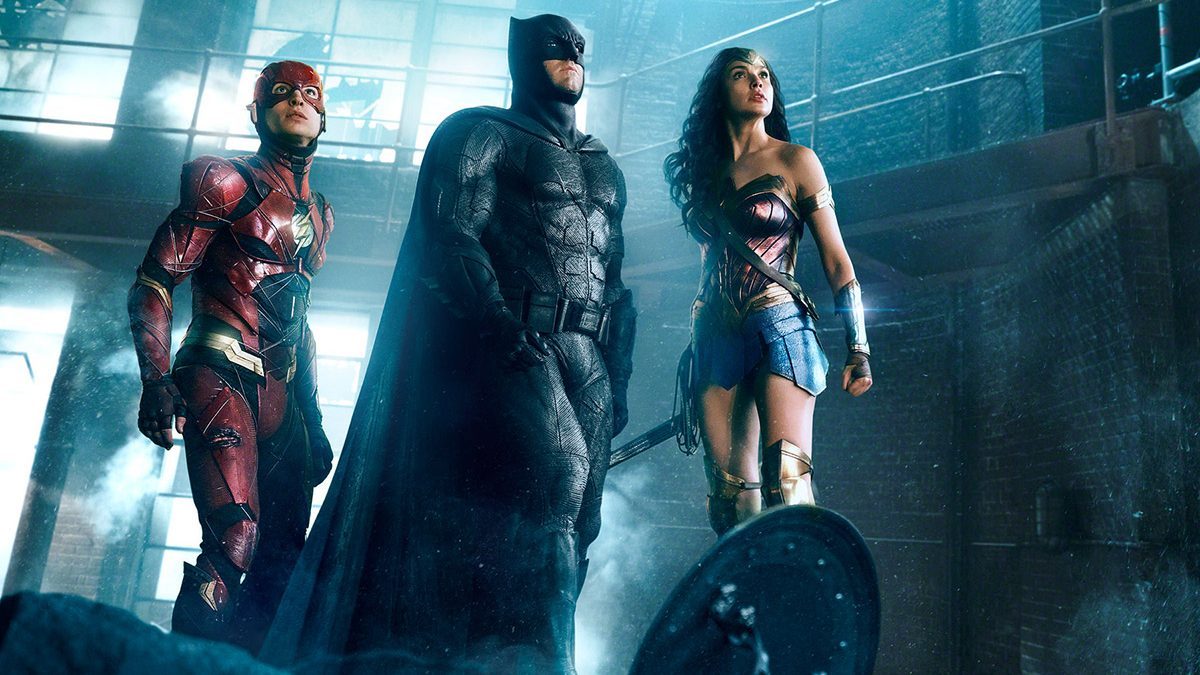 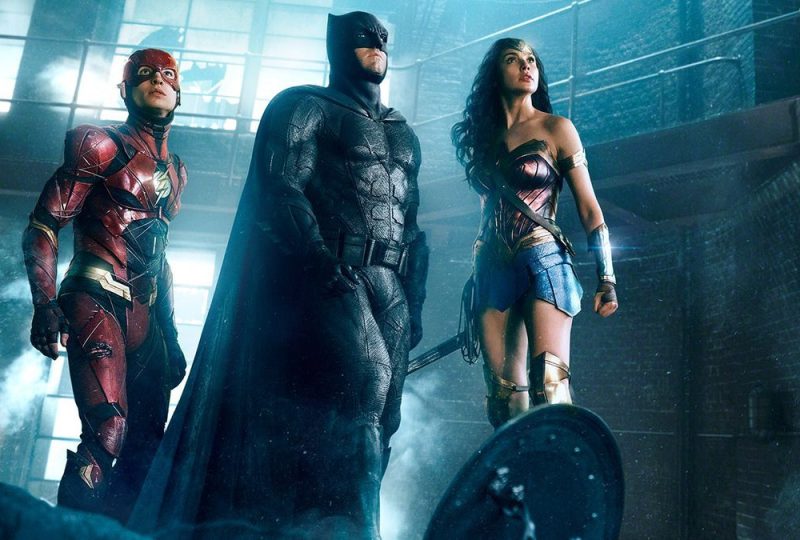 Fresh off a year in which a record $11.3 billion worth of tickets were sold, Hollywood is hoping for a sequel in 2017. And that means the studios will be leaning on sequels, from Star Wars to The Justice League, to do it.

There will also be plenty of award-worthy dramas and indies that are worth watching, too. Only with the Sundance Film Festival weeks away—and the Venice, Toronto, and New York fests further down the horizon—it’s too early to tell what names will be read when the envelopes are torn open.

But it’s never too early to get excited for the coming attractions, and there’s plenty of movies on the way that will go great with a side of popcorn:

The Founder (Jan. 20) – A resurgent Michael Keaton serves up another fine performance as McDonald’s founder Ray Kroc in this biopic. It makes our list under the assumption that moviegoers missed its one-week Oscar qualifying run in L.A. theaters late last year. Certainly fewer than 100 million were served back then. 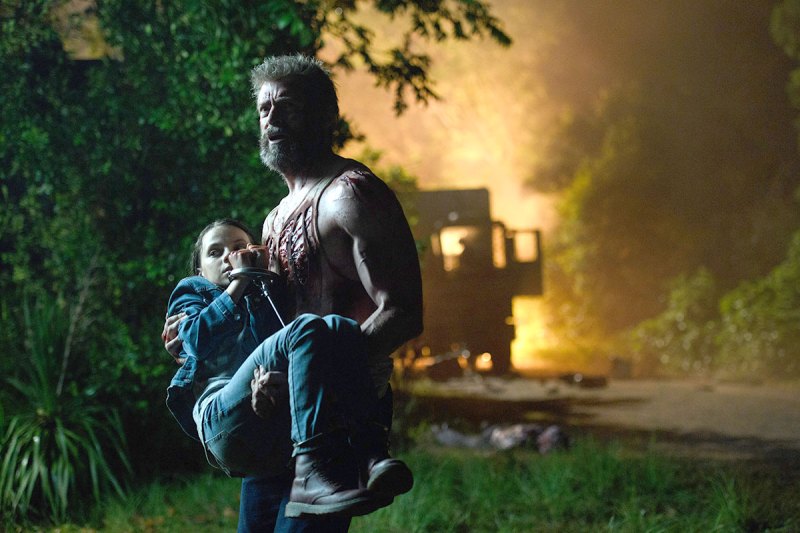 Logan (March 3) – Hugh Jackman pops his claws for one last adventure as Wolverine. The James Mangold–directed movie is the Australian actor’s ninth time under the mutton-chops, but this time the superhero is barely scraping by in a future where mutants are virtually extinct and his healing isn’t as fast as it used to be.

The Fate of the Furious (April 14) – Can Vin Diesel get more mileage out of this car chase franchise without the late, great Paul Walker in the passenger seat? That answer may be unclear, but most of the saga’s fans will probably buckle up for another ride.

The Lost City of Z (April 14) – This film adaptation of David Grann’s 2009 book about the real-life failed expedition to unearth an ancient city in the Amazon jungle is quite the find. Starring Sons of Anarchy vet Charlie Hunnam and Twilight-er Robert Pattinson, the movie will make a theatrical run as well as stream on that other Amazon. 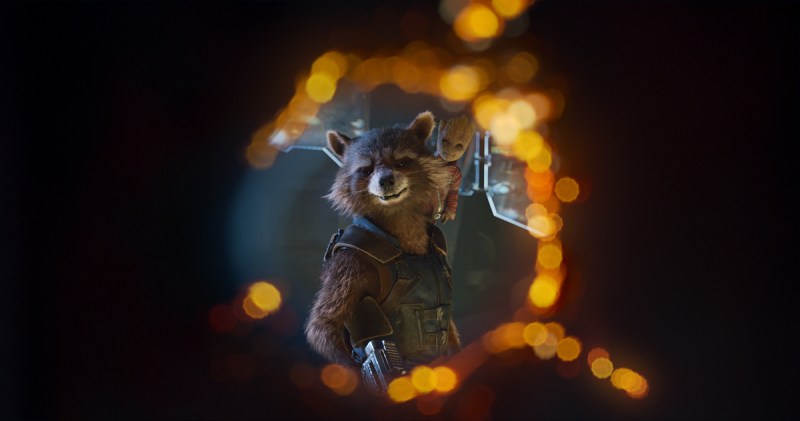 A scene from ‘Guardians Of The Galaxy Vol. 2’ (Marvel Studios)

Guardians of the Galaxy Vol. 2 (May 5) – Chris Pratt, Zoe Saldana, and the rest of Marvel’s space-faring band of superheroes head into uncharted territory. No, not some new quadrant of space, but into the expectations of how to follow up 2014’s most surprising blockbuster with a second adventure as big as Ego the Living Planet (who’s played by Kurt Russell in the movie). 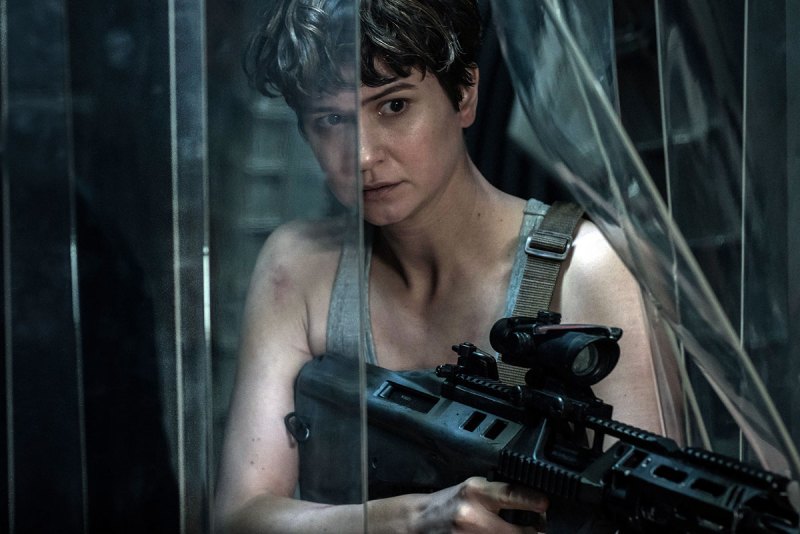 Alien: Covenant (May 19) – Fans’ chests are bursting with excitement over the possibilities of Ridley Scott’s prequel, despite the disappointment of Prometheus four years ago. The difference? This time the titular extraterrestrials will actually show up to devour a pretty intriguing cast headlined by Michael Fassbender and Katherine Waterson.

Spider-Man: Homecoming (July 7) – With a great overabundance of rebooting comes great responsibility. Tom Holland marks the third actor under the Spider-Man mask since 2002, and audiences are getting weary. But by striking a deal with Marvel to reboot the character within the Marvel Cinematic Universe, fans get to see Peter Parker banter with Robert Downey Jr.’s Tony Stark (i.e. Iron Man), and that has our spider-sense tingling.

Dunkirk (July 21) – The Dark Knight director Christopher Nolan enlisted an eclectic band of brothers (Tom Hardy, Oscar-winner Mark Rylance and pop band One Direction’s Harry Styles) to wage war on the Nazis with this World War II–era drama. The early trailers of the recreation of the daring British escape across the English Channel look stunning.

The Dark Tower (July 28) – Stephen King’s seven-book saga has finally finished its long journey to the big screen, though the hero’s journey of Roland the Gunslinger (Idris Elba) is just beginning. The western fantasy’s protagonist has the perfect foil to chase across a magical post-apocalyptic landscape, with Oscar-winner Matthew McConaughey as the Man in Black.

American Made (Sept. 29) – Tom Cruise re-teams with one of his favorite co-pilots, Edge of Tomorrow director Doug Liman, to portray real-life American pilot Barry Seal, who piloted planes full of cocaine over the border for the Medellin Cartel. There is also a hell of a second act: Seal was flipped by the DEA to act as an informant.

Blade Runner 2049 (Oct. 6) – Thirty years after hunting down his last replicant, Harrison Ford’s Rick Deckard returns for a long gestating sequel to the 1982 sci-fi classic. He has backup in front of the camera in the form of Ryan Gosling’s Officer K and behind it, with original director Ridley Scott returning as a producer.

The Snowman (Oct. 13) – First there was The Girl With the Dragon Tattoo, now there’s the frosty cool Michael Fassbender headlining another film adaptation of a popular European crime novel. This time it’s author Jo Nesbø’s potboiler about a detective investigating a missing woman whose scarf is found wrapped around a snowman.

Red Sparrow (Nov. 10) – Now she’s worth spying! Jennifer Lawrence plays a sexy Russian spy in this adaptation of the Jason Matthew espionage novel. After having just disembarked from the box office disappointment of Passengers, JLaw is in need of a hit. Maybe a reunion with Hunger Games franchise director Frances Lawrence is just the ticket to sell some tickets.

Justice League (Nov. 17) – Early footage from Wonder Woman (June 2) looks promising, but Warner Brothers really needs a huge heroic effort from its biggest superhero movie to date. After the disappointing critical reception to Batman v. Superman: Dawn of Justice and Suicide Squad, hopes are high that the studio’s creative team has figured out how to defeat its arch nemesis, Marvel. 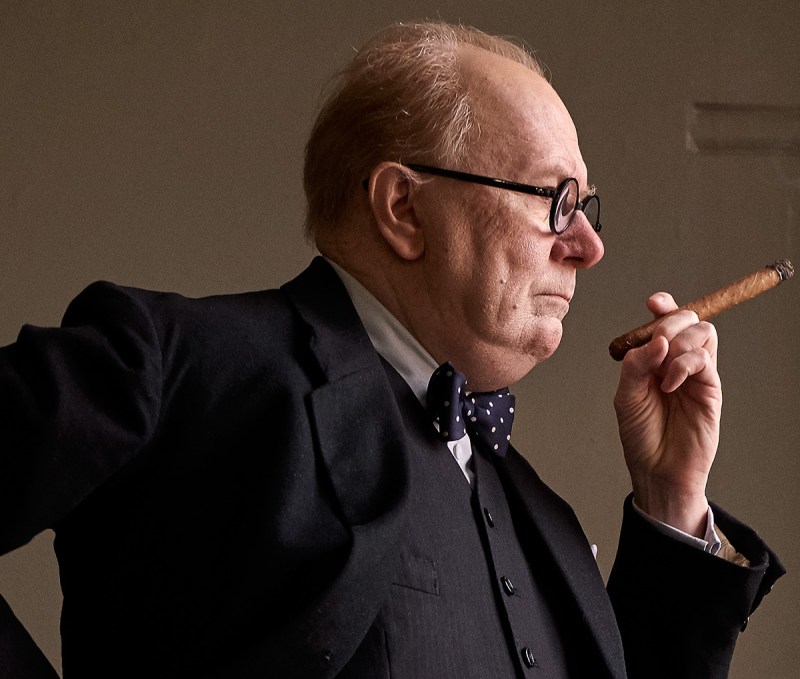 Darkest Hour (Nov. 24) – Gary Oldman will be fighting on the beaches all through next year’s award season for an Oscar-bait turn as Winston Churchill in this biopic about the early days of World War II. Fresh off Rogue One: A Star Wars Story, Ben Mendelsohn co-stars as King George VI.

Star Wars: Episode VIII (Dec. 15) – It doesn’t take Yoda to foretell a box office bonanza for the sequel to the highest-grossing domestic film of all time. And we also predict poor Luke Skywalker (Mark Hamill) will get more than 30 seconds of screen time opposite the franchise’s new heroes, Rey (Daisy Ridley) and Finn (John Boyega). Fans will also get the chance to celebrate Carrie Fisher in her final on-screen performance.

Downsizing (Dec. 22) – Take the title literally: This social satire from the mind of Election’s Alexander Payne is all about a man who shrinks himself to improve his social standing. That the cast includes Kristen Wiig and Matt Damon gives us even more hope.

Honorary Mentions: These two films are expected to surface some time in 2017, but we’ve disqualified them from the above list, because they lack official release dates. There’s an untitled Paul Thomas Anderson fashion movie, set in 1950s London, which reunites the There Will Be Blood director with his favorite muse, Daniel Day-Lewis, arguably the greatest actor emoting on camera today. And then there’s the Steven Spielberg–helmed The Kidnapping of Edgardo Morta, a real-life historical drama much in the vein of the director’s Lincoln and Bridge of Spies. This film, starring Oscar Isaac chronicles the story of a young Jewish boy in Italy who is secretly baptized and then ripped away from his family to be put in the priesthood.

Throw in a war for the Planet of the Apes, a Wonder Woman and a Thor, a Baywatch full of actresses to ogle, and the annual batch of indies that will surface during the year’s film festivals, and 2017 should produce incentives to visit the multiplex more than just 17 times.