The disturbing story from “Just After Sunset” is being made into a short film. 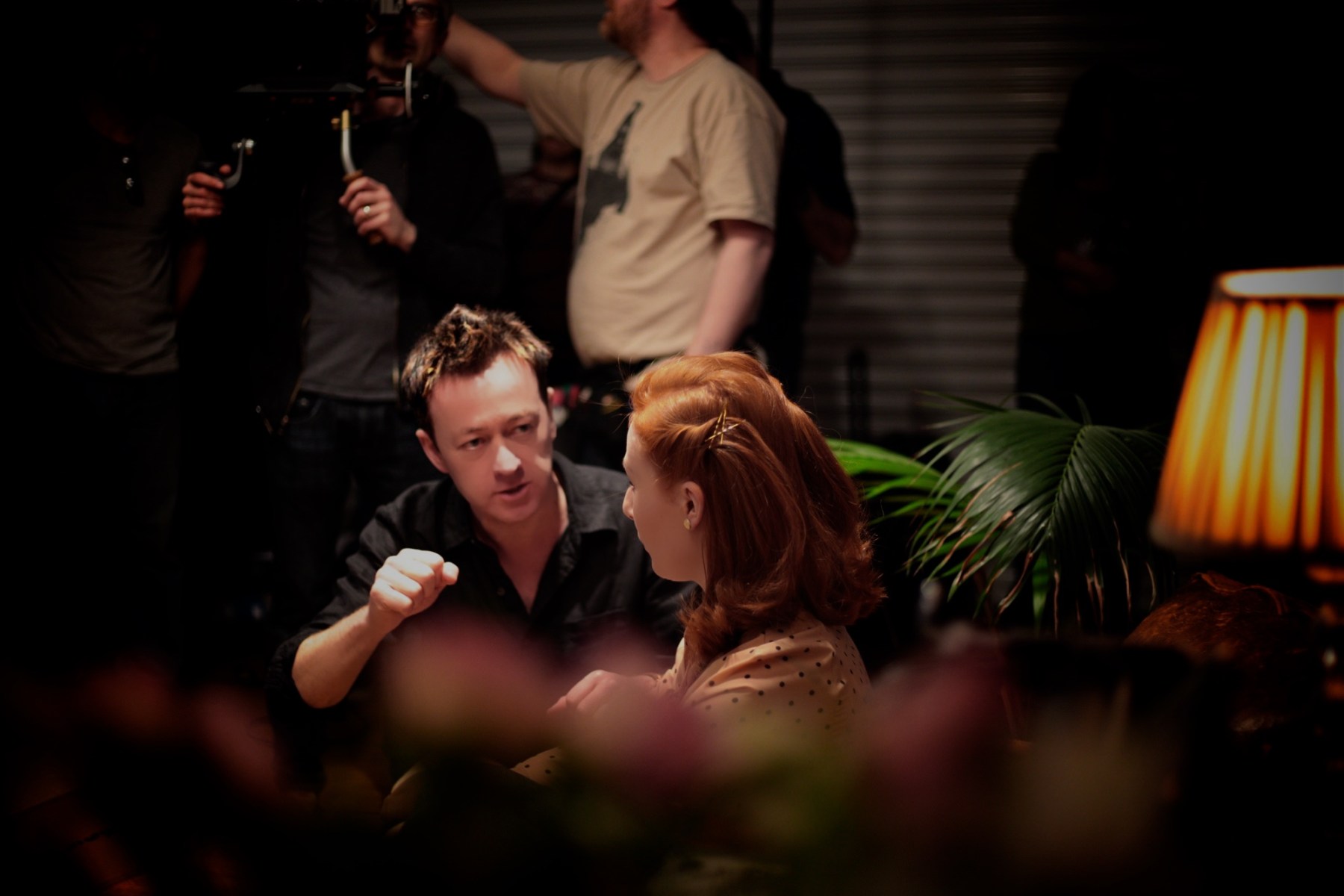 Award-winning director James Hughes has just joined a select group of filmmakers graced with an incredible, albeit daunting task: Bringing Stephen King’s master storytelling to the big screen. The London native is currently in pre-production for Rest Stop, the short story he says “really stood out” for him in King’s 2008 anthology, Just After Sunset. But Hughes said he’s not intimidated to transform printed pages into screen time— he’s honored.

“Like many, I’m a huge fan, and I’m very keen to honor his voice,” Hughes recently told RealClearLife. “As a filmmaker, it will have my input and my stance, but people will watch it and the tone of Stephen King will be there. That’s very important to me because you know, for me, he is our greatest storyteller, in any medium. Through this short film, I want to bring his storytelling and his tone to a new audience, people that perhaps haven’t experienced Stephen King, and haven’t read his books, and hopefully, this will open up a world where they’ll read many of the classics.” 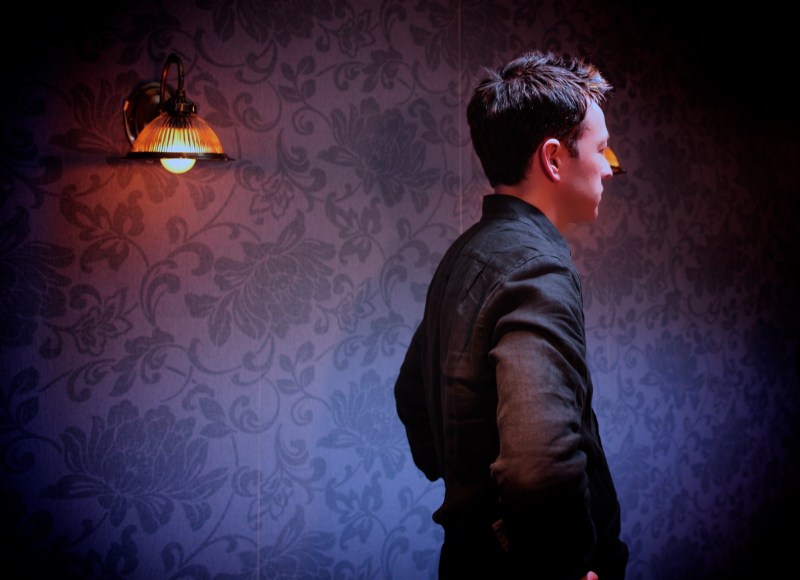 It goes without saying, but this isn’t Hughes’ first time around the proverbial block. He’s got an IMDB page that stretches fifteen years, with credits as a producer, writer, cinematographer and director to round it out. Two of his short films — The Velvet Abstract and The Inuring — are currently making rounds on the festival circuit, the latter of which was shortlisted for the Oscar-qualifying 21st Rhode Island International Film Festival.

He’s a full-time screenwriter and sits as a judge in a different Oscar-qualifying film festival in Los Angeles. He’s directed feature-length films, a stage show for 4,000 broadcast live on Italian television and also appears for various public speaking engagements around the world. “Rest Stop” isn’t even the only short film he’s working on at this moment— he’s got a total of three in preproduction, one of which is a comedy with “a very well-known actress” expressing interest in the lead role — but King’s name and legacy adds extra spice to the production.

“Your films are the same as your writing or your paintings. It’s a reflection of you. It has to be the best of you.”

“It’s a huge honor to shoot Stephen King’s story, and it may become an addiction where I would be keen to do another one because he just — he just has a way with characters and with a story that for me is unrivaled,” Hughes said. “I don’t see it as a pressure, I see it as an honor to bring his story to the screen.”

How does he plan to do it? By staying true to King, of course. But part of Hughes’ method to make movies that resonate is to shoot from the heart — literally.

“Your films are the same as your writing or your paintings. It’s a reflection of you,” Hughes said. “It has to be the best of you. You shouldn’t be worried about what an audience or a festival or an industry is going to think. Make the film that you see in your head. And at times you have to be very tough, because people will try and change that, but at the end of the day if you make the film you wanted to make, then you shouldn’t be worried about the success because the success is that you managed it out there.” 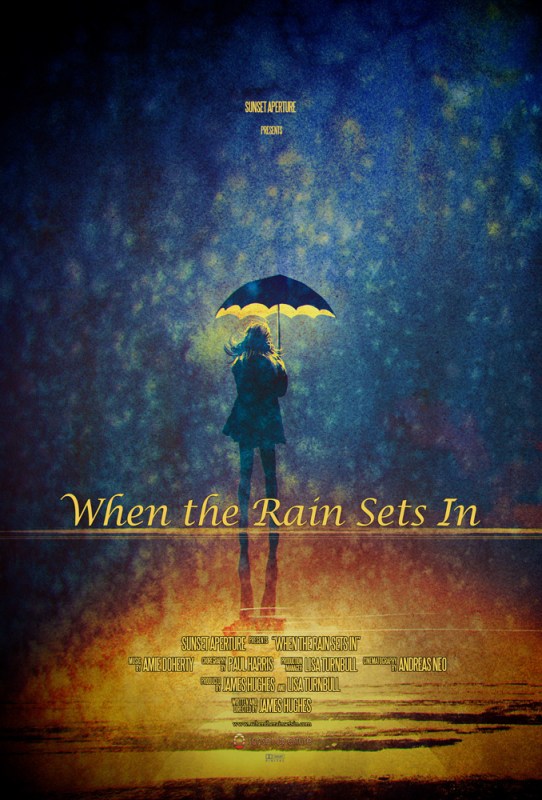 The poster for Hughes’ forthcoming short film, “When the Rain Sets In.” (Photo courtesy James Hughes)

Once it is “out there,” though, Hughes admits that the competition is fierce. As an independent filmmaker, he finances his own short films, with the standard budget running “about $5,000,” he says. But some festivals require a budget that’s ten or twenty times that amount, making it very difficult for indie films to get in the door.

“The competition is greater than it’s ever been, and there are people, directors from television who are now moving into short films, so you’re competing with people that have a string of well-known television credits,” Hughes said. “That makes it more challenging to get into a festival every time. The slots are limited.”

But at the end of the day, Hughes reiterated that too many filmmakers get caught up in making a film they think people will want to see, and he isn’t concerned about that.

“The stories that have always fascinated me since I was a kid, and the stories I continue to tell, are thought-provoking fiction. Dramas that make you think, and that end with a punch, and films that deal with those moments that we have in life where we arrive at a crossroads and the decision that we make determines our life for the next ten years.

“I’m very much driven by making films I want to watch, not films that I think the audience wants to watch.”

Rest Stop will be shot in the U.K. this year, then head to the film festival circuit.