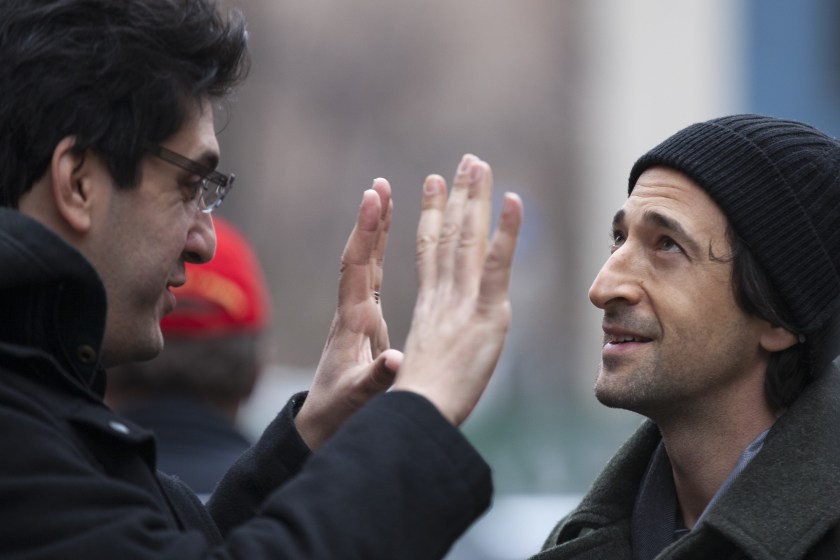 Filmmaker Brian DeCubellis—whose new picture, Manhattan Night, starring Adrien Brody and Yvonne Strahovski, opens May 20th—was asked by RealClearLife to share his top 5 noir films, and how they influenced his debut feature. Here is what he said:

“The cinematography can’t be beat in this masterpiece. It’s not just that every frame is a work of art and visually stunning… despite its Dutch angles and German expressionism, the cinematography never takes you out of the story, or makes the characters any less real. The zither score, as often noted, brings both a wry wink of humor and menace in surprising ways. Tinges of comedy are good tension relief, moments to counter the driving suspense.”

“Sci-fi noir is still noir, and with the voice over and other noir-ish conventions in place, this film has a special place in my heart. The theme of being known by our stories in Manhattan Night resembles Blade Runner‘s idea of our memories forming our identities. Who are we if not a collection of our remembered experiences? The look of Ridley Scott’s 1982 classic still holds up, and still inspires.”

“The chemistry between William Hurt and Kathleen Turner is undeniable in this movie. I love the way Director Lawrence Kasdan builds the tension with the shots of the wind chimes—metaphors for sexual possibilities because of Turner’s loneliness when her husband is away. The suspense reaches a boiling point when Hurt finally takes her, and it isn’t hard to draw a comparison to Adrien Brody’s character being unable to resist the magnetism of Yvonne Strahovski in Manhattan Night.”

“This, to me, is the most iconic of the 1940s film noirs. There’s not much to say that hasn’t already been said about this film, other than if you haven’t seen it, you must. Based on a real-life, scandalous murder, everything you need to know about the noir genre comes together in this movie. The fast patter of dialogue that became a noir hallmark of the era, shines in this scene between Fred MacMurray and Barbara Stanwyck. Manhattan Night contains a bit of this stilted dialogue as well, but our true inspiration from Double Indemnity was the nature of the clandestine relationship between the male and female leads.”

“This is one of my favorite of Hitchcock’s suspense pictures. The scene where Jimmy Stewart is at the bar and first discovers Kim Novack across the crowded room was an inspiration for the Manhattan Night scene where Adrien Brody’s Porter first sees Yvonne Strahovski’s Caroline at a cocktail party. Both Brody and Stewart have the good guy with not-so-good motives… watchers with a voyeuristic darkness. We played with the noir convention of using the main character’s point of view with Manhattan Night‘s cinematography.”