Look Back at the Career of Director Ridley Scott 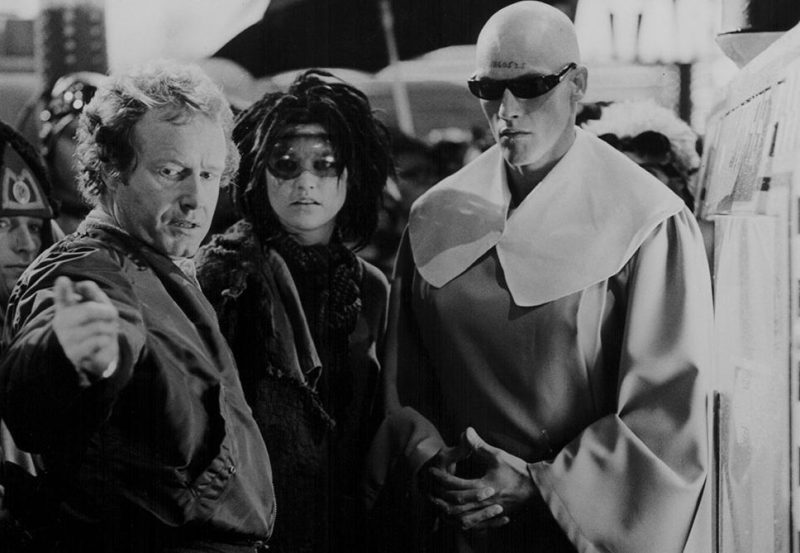 Ridley Scott’s first major hit came with Alien in 1979 and he’s had a film achieve iconic status in every decade since, with Blade Runner in the 1980s, Thelma & Louise in the 1990s, and Gladiator in the 2000s. (It’s uncertain which of his films will be remembered from the 2010s, though The Martian seems promising with its seven Oscar nominations, two Golden Globe wins, and $630 million earned worldwide.) Incredibly, Scott’s first credit came in English television all the way back in 1965, meaning the 78-year-old has now been directing for over half a century.

All this was accomplished despite what Russell Crowe termed a “late start”, as Scott didn’t get to direct his first feature film until age 40. Host Crowe both honored and teased Scott at the 30th American Cinematheque Award Ceremony. (Crowe also took a shot at presidential candidate Donald Trump, referencing a videotape of Trump’s 2005 comments by declaring, “Good evening, American Cinematheque. Let’s grab tonight by the…”) 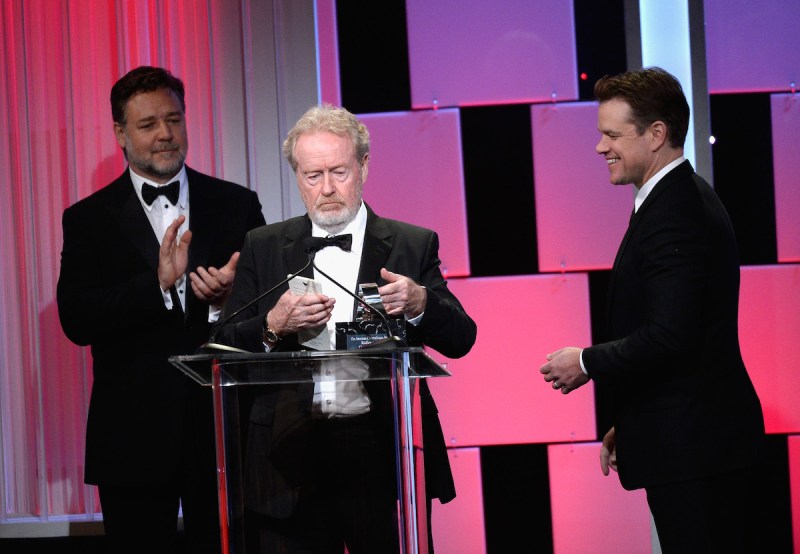 Crowe and Scott have worked together on films including American Gangster, A Good Year, and Robin Hood, though their most celebrated collaboration is Gladiator, which brought Crowe Best Actor and the film Best Picture Oscars in 2001. (Scott was nominated for Best Director but lost to Steven Soderbergh for Traffic—Scott has a total of four Best Director nominations but no wins.) Other stars from Scott films also came out to pay homage, including Matt Damon and Kristen Wiig (both in The Martian) and Sigourney Weaver.

Weaver said of working with Scott: “I have been asked all over the world if we knew we were making a feminist film and ‘Was it intentional?’ Well, yeah. It was a given for Ridley that women were supremely capable, smart, courageous, and resourceful.” 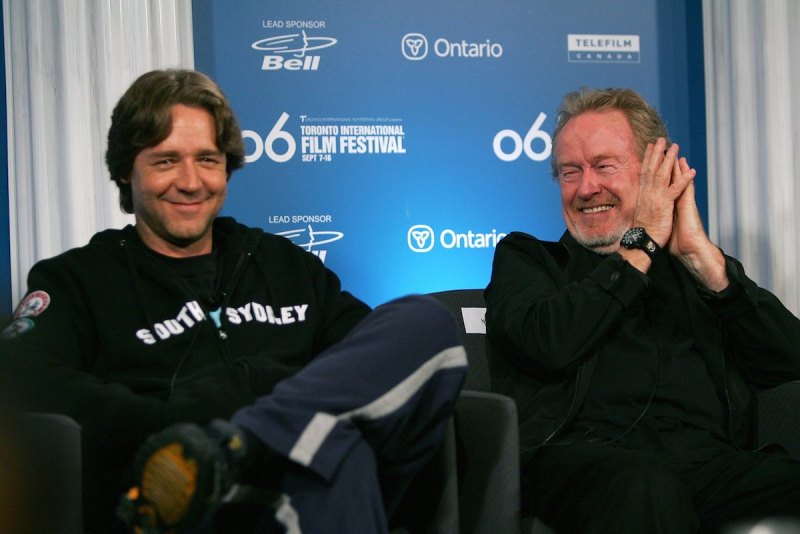 Scott’s filmography has also included setbacks that might have derailed another career entirely, with Blade Runner perceived as a box office flop upon its 1982 release and 1992’s 1492: Conquest of Paradise about Christopher Columbus a genuine disaster. Beyond this, Ridley suffered the personal tragedy of the death of his brother Tony, an extremely successful director in his own right (Top Gun) who committed suicide in 2012 while undergoing chemotherapy.

Scott has noted his guiding principle is “Just Do It”, which makes sense for a man who, in addition to his films, has directed over 2,000 commercials. Below, see a montage of his film work and at bottom watch his most famous commercial.

And here’s the 1984 Apple ad that continues to be referenced by other filmmakers today. (As well as parodied by shows like Futurama.)