Joaquin Phoenix: Great Actor or Accident Waiting to Happen? Both?

Regardless, Phoenix delivers a powerhouse performance in "Don't Worry, He Won't Get Far on Foot." 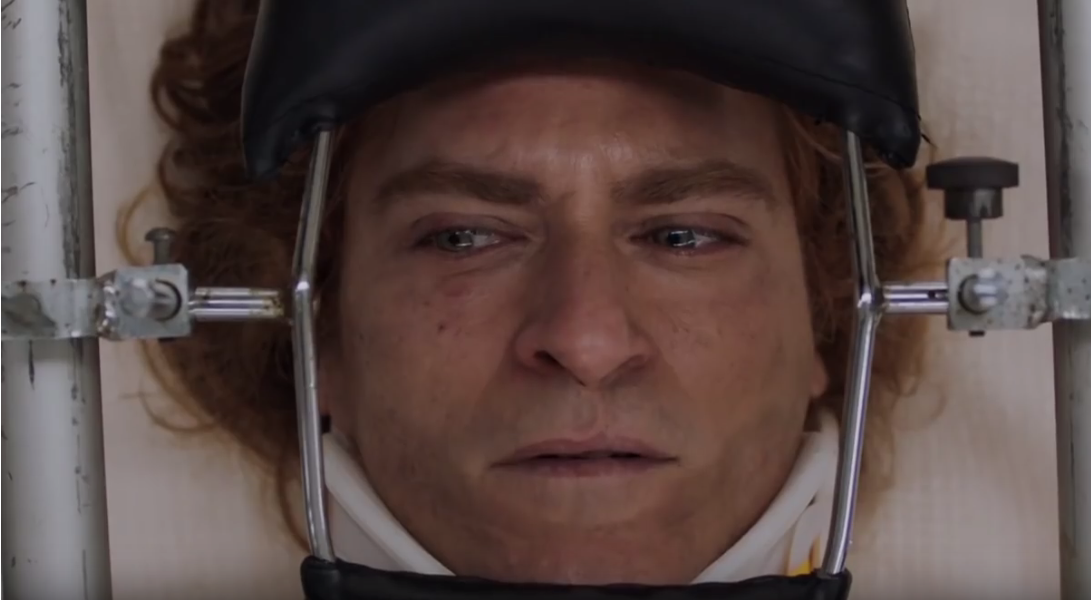 I’d vote Joaquin Phoenix the actor most likely to have a Johnny Depp style meltdown. Off-screen, there’s something inherently unstable about River Phoenix’s kid brother. He grew up, like Rose McGowan, in the bizarre cult Children of God. But onscreen, it’s the 43-year-old’s ability to access and shape a tornado of emotions that has led to three Oscar nominations – and likely a fourth this year (for Lynne Ramsay’s You Were Never Really Here).

Perhaps his interpersonal strangeness has kept him from the win. After all, this is a world where congenial Reese Witherspoon won Best Actress for playing June Carter Cash in Walk the Line, leaving Phoenix’s volcanic portrayal of Johnny Cash in the dust.

Tornado? Volcano? On screen, Phoenix is a force of nature. However, Mr. Congeniality he’s not. And more power to him.

Phoenix plays famed Oregon cartoonist John Callahan in the Gus Van Sant biopic Don’t Worry, He Won’t Get Far on Foot, out Friday,  It’s not peak Van Sant – a Pacific Northwest hipster’s Lifetime movie about the Kilimanjaro climb of one acerbic artist’s Alcoholics Anonymous recovery. And, yet, Phoenix rises despite material that requires the actor first to be a falling-down drunk in flip flops only to awaken in traction, paralyzed from the shoulders down. It’s a permanent condition that not only limits Callahan’s mobility but also puts Phoenix under extreme physical constraints. The result is a Harry-Houdini-in-chains achievement.

Phoenix’s performance as Callahan, under a ginger wig that would embarrass Bozo, is messy and volatile. Here is a fact-based character who considers himself a loser who can go no lower. So wrong! He makes the mistake of partying with a stranger (Jack Black) who drives the pair into a pole in a VW Beetle. The pole wins. The demons that drove the future cartoonist into that dark night of unrestrained boozing could consume Callahan – instead, ultimately, forced to face them, Callahan crawls toward sobriety, creativity and authenticity.

There’s no sentimentality in Phoenix’s acting. His pain and frustration constantly bubble up, his humor both a gift and a technique to lance his spiritual boils. He is a physical actor robbed of the majority of his instrument – and he still gets a big sound.

While upside down and in traction, everything that is Callahan remains bouncing around in that head secured in a metal vice. Phoenix seems gob-smacked that his actions had consequences and a hailstorm of emotions – pain, fear, loss, impotence, bitter humor, helplessness, self-anger – pelt his brow.

The contrast with Rooney Mara’s sexy physical therapist Annu who arrives to tend to his wounded body and shredded psyche couldn’t be starker. She is lip gloss and hairdo and half-smiled bromides – the character could be played by anyone. And Mara (who is now cohabiting with Phoenix off-screen) gives a saran-wrapped performance that only emphasizes how complex and intense and committed Phoenix is in the role. He captures what makes this man unique – his expanding self-awareness as the physical capacity diminishes. The disability forces him to face who he is as a man and artist – but he is as much crippled by alcohol as the car crash. One is disease, the other symptom.

In a culture that typically demands likeability from its movie heroes, Phoenix never falters at digging into the deep and dark of off-putting characters – and grasping the strand of light that defines their humanity.

That said this ability is not something one might appreciate when standing in line at the Ralph’s behind the actor. I’ve met him twice – once in Toronto when he was fronting Walk the Line. At a party celebrating that movie, he seemed to be playing the humble and awkwardly charming method movie star who, when he managed to make eye contact, had electric eyes. He seemed less authentic playing himself to a journalist, repeating the act with each new well-wisher.

A few years later when the actor starred in The Immigrant, a favorite movie of mine that I wanted to support, I booked an interview with Phoenix and his frequent collaborator, Director James Gray (Two Lovers, We Own the Night). We met at a Tribeca lounge spitting distance from the office of Harvey Weinstein, whose company was distributing the film and, possibly due to a dispute with Gray, burying its release. While Gray was convivial and connected, Phoenix behaved like a toddler forced to eat peas when they wanted peanut butter. Puckish and mercurial would be one way to describe his behavior – but not unexpected.

Phoenix bristled that the interview had begun without him yet exited shortly thereafter to smoke a cigarette clearly wanting to escape the discussion. He was a disruptor. We followed him out to the patio with Gray shrugging, apologetic but unable to control his star. The actor was by turns charming and challenging. When I said I liked one of his early films, he accused me of bad taste. He wondered how I could be a real reporter without taking written notes to mark his facial expressions while taping the conversation. He didn’t want to be there – and he was going to test me until I released him. (That same year, he wandered prematurely out of a New York Times interview.)

His peculiar, compulsive behavior off-screen might make him the actor with whom I’d least like to be stuck in an elevator and, yet, again and again, I’m drawn to his powerhouse performances. His Callahan is no exception.