(Courtesy of Moments in Time)
By Sean Cunningham 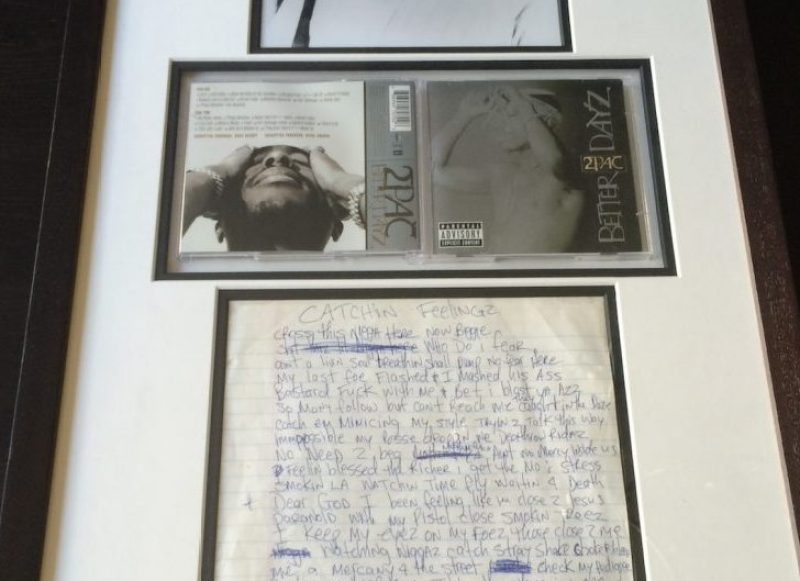 On September 13, 1996, Tupac Shakur died at just 25, having already established himself as one of the most celebrated and successful rappers in the world, as well as an actor acclaimed for his roles in movies like Juice. Since his death, five additional posthumous albums have been released, selling millions of copies and even topping the charts.

On the 20th anniversary of his death, Moments in Time will be auctioning off Tupac memorabilia including the handwritten lyrics to his song “Chasin’ Moments.” The lyrics had been in the possession of a former employee at Tupac’s studio, who kept them since 1996. They are expected to fetch roughly $40,000 at auction.

The auction is not without controversy: Shakur’s family reportedly is moving to block the auction. (Moments in Time owner Gary Zimet has said there is no validity to their claim, and the auction will go ahead as planned.)

You can view the handwritten lyrics below. 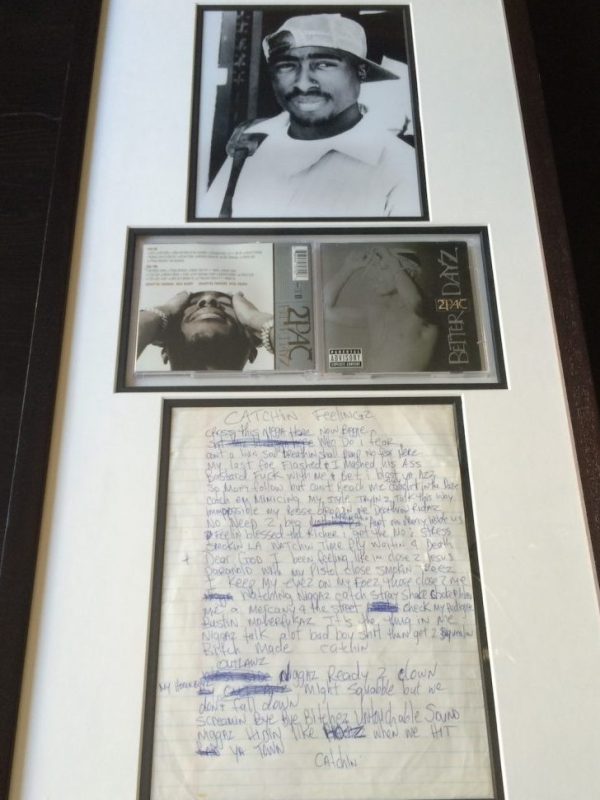 (Courtesy of Moments in Time)