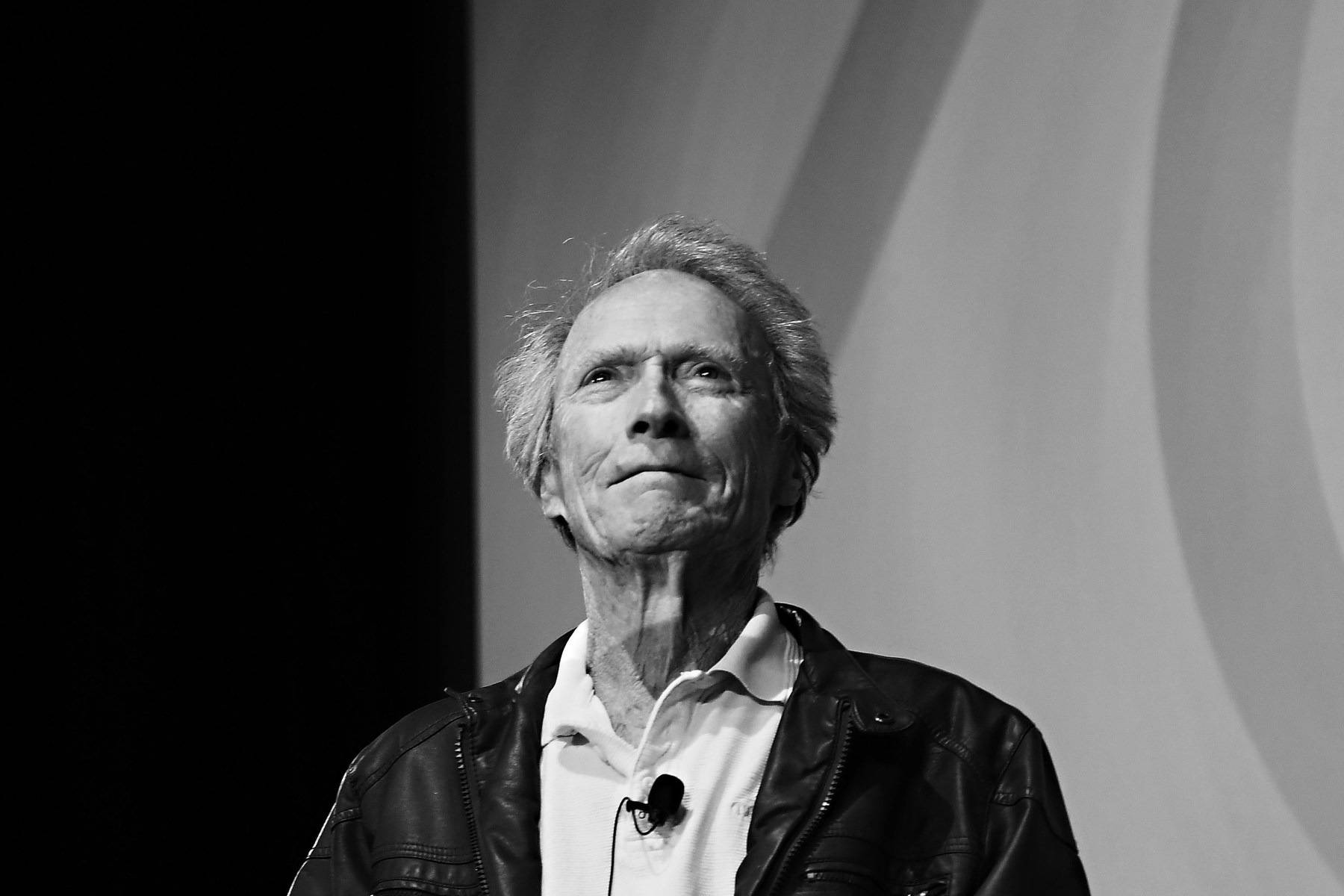 Next week marks Clint Eastwood’s 90th birthday, which means that the esteemed actor and director has lived through 15 Presidential administrations and the complete political realignment of both parties several times over, one World War and upwards of a dozen non-World ones, cinema’s proliferation of color and CGI and its digital overhaul, McCarthyism, terrorism and everything else that could possibly be contained within nearly a century of history.

Through it all, his philosophies have remained remarkably consistent: he subscribes to a rugged individualism, first articulated through the strong, silent types of the Wild West and then expanded to encompass a smorgasbord of modern-day heroes. Eastwood’s protagonists champion the virtues of self-sufficiency and independence in the face of meddlesome interference from untrustworthy institutions. Of recent vintage, we’ve seen the lifer pilot of 2016’s Sully justifying his miraculous emergency landing in the Hudson to a cadre of federal pencil-necks questioning his snap decision-making. In 2018’s The 15:17 to Paris, a single mother tells off a teacher diagnosing her son with ADD with the declaration, “My God is bigger than your statistics.”

While Eastwood hasn’t traded in this hardline conservatism as he’s entered his twilight years, he has somewhat softened it. His last two pictures — 2018’s Eastwood-starrer The Mule and 2019’s ripped-from-the-headlines dramatization Richard Jewell — find the filmmaker turning his focus from his historically favored “winners” to “losers,” a dichotomy noted in a recent review for the British Film Institute from critic Nick Pinkerton. That article, citing a comment Eastwood made about his own characters onscreen, goes on to argue that Eastwood’s rogues’ gallery may be more acquainted with loserdom than he realizes. Even so, the last two films set themselves apart for a newfound cognizance of that quality, approaching something like reconciliation with impotency and powerlessness. For a man ceding his place in the world to the next generation, these are weighty yet vital forces to sort through while there’s still time.

Eastwood got in front of his own camera for the first time in 10 years for The Mule, undoubtedly realizing the additional layers of metacommentary his presence would bring to the role. As horticulturist/Korean War vet/drug courier Earl Stone, he cuts the silhouette of a typically Eastwoodian winner. He’s confident, well-liked among the regulars at the flower conventions he frequents, and acknowledged by the ladies in his orbit as something of a tomcat. (Most memorably, in part due to the comedy routine from Pete Davidson and Jon Mulaney that it inspired, Earl has two separate menages a trois during the film’s 116 minutes.) When he cruises into the function hall to have his prize daylilies competitively judged, he’s grinning like he’s king of the geriatrics.

The primary work of the film, however, is to confront Earl with the parts of the world over which he no longer has any domain. His age proves a boon once he starts ferrying shipments of narcotics over the Mexican border to make ends meet, the authorities never suspecting a harmless-looking coot. In his personal life, the tendencies that have ossified over the years estrange him from everyone he could hold dear. He’s prioritized his botanical work — which eventually melts into something he enjoys doing that imbues him with purpose, the presumable relationship a 90-year-old man has to feature filmmaking — over his family at every turn. His ex-wife wants nothing to do with him, he’s been a deadbeat father to his daughter at every stage of her life, and his only link to both is the granddaughter who doesn’t know enough to resent him yet.

Eastwood’s no stranger to the bitter side of growing old; his masterpiece Unforgiven lays the Western and the age of masculine-honor ideals it embodied to rest, concluding on a mournful note. The end-of-an-era aura carried by The Mule refrains from clinging to the stolid strength that his previous works chipped away at without fully disposing of it. Earl is cowed by the regrets piling up around him, and does what he can to make his peace with them by letting go of his trademark protective grimace. He moves peaceably through situations that confound him with their modernity. At one point, he helps a black couple on the side of the road with their car, making some cringeworthy comments smoothed over by his amicable manner in the moment. Later, he befriends a group of “dykes on bikes,” visibly amused by the juxtaposition of motorcycle and lesbian culture, even if he doesn’t quite get it. His character from Gran Torino, a close point of comparison here, stayed devoutly angry until he died. Earl would most likely feel bad for a man like this.

He finds salvation through self-immolation, humbled by a reconciliation with his ex-wife in her final days before succumbing to illness. He comes to terms with his failures as a man and in doing so, gets back in his family’s good graces. Only a guilty plea in court can fully save his soul, leaving him in prison with a clean conscience yet zero personal agency, his oeuvre’s usual currency. His films tend to end with highly compromised victories, as the main character either A) dies on their own terms, or B) gets off while their accomplishments fall into obscurity. Earl falls in the gap between the two, redefining his notion of success from gain and accomplishment to love and connection.

Any inkling that the filmmaker may be turning over a new leaf of sensitivity (though it’s really more like “slightly reframing his stance on that particular leaf”) was bolstered by Richard Jewell the next year. It doesn’t take much critical squinting to see Richard Jewell himself, played with exquisitely rocklike semi-comprehension by Paul Walter Hauser, as one of the losers Eastwood previously swore off. Rotund and mustachioed, soft-spoken and deferential, a mama’s boy and wannabe policeman, he’s the sort of person the typical Eastwood hero or antihero would scoff at.

The film shares its creator’s customary skepticism of entrenched systems, in this instance vilifying the media and law-enforcement apparatuses that harangued Jewell over false claims of having ginned up a terrorist plot for himself to foil. But Jewell himself never joins Eastwood or screenwriter Billy Ray in their espoused contempt, turning this into a more unlikely and moving story than “one man takes on the system.” Structurally, it’s conservatism as usual, but the emotional politics of the pity onscreen complicate Eastwood’s philosophy of gritting one’s teeth and muscling through.

Jewell is a patriot who can’t figure out why the government won’t love him back, an allegiance that no experience can grind out of him. He’s constantly harassed and belittled by an actual FBI agent (played by Jon Hamm), the sort of commanding, Marlboro-Man figure toward which Eastwood has traditionally gravitated. Throughout the obstacle course of bullshit he’s put through to prove his innocence, Jewell’s faith that the legal system will see him through remains unwavering. In a rare departure for Eastwood, this weakness colors Jewell as worthy of our compassion instead of derision. In the film’s most unexpectedly poignant scene, Hauser has a breakdown after reading the letter exonerating him while at a diner. As he bursts into tears, he continues eating his donut. It’s a deeply moving moment with a slightly absurd edge, preventing Jewell from resembling a tragic hero even as he earns our sympathy.

The notion that an audience can still feel for someone they’ve only ever felt bad for marks the latest chapter of the Eastwood filmography, in which respect has always been earned through feats of courage and steeliness. To play remote telepath, this is most likely linked to Eastwood’s recent turn away from Trump’s Republican party, having endorsed Michael Bloomberg in a Wall Street Journal article this past February. Eastwood goes on to mention a wish to see Trump behave “in a more genteel way, without tweeting and calling people names,” a common refrain from right-wingers attached to at least the image of basic human decency. The Bloomberg endorsement makes clear that Eastwood’s still several leagues away from embracing anything like progressivism, but his recent work traces a deep-seated shift of character.

After 90 years on the planet, maybe he’s just relinquishing a bit of the old piss and vinegar out of fatigue. The more flattering read would instead cast this as fresh wisdom and perspective for a filmmaker surprising everyone with the capacity for inner change. Either way, the man once at risk of becoming a cootish parody for his cross-examination of an empty chair has demonstrated unprecedented depths of self-awareness. This old dog may not be learning new tricks, so to speak, but it turns out an old dog can still execute his standard tricks with a hard-won, heartening sense of leniency.