To start, Alex Garland’s “Devs” is a stunningly bleak vision of our tech-saturated future 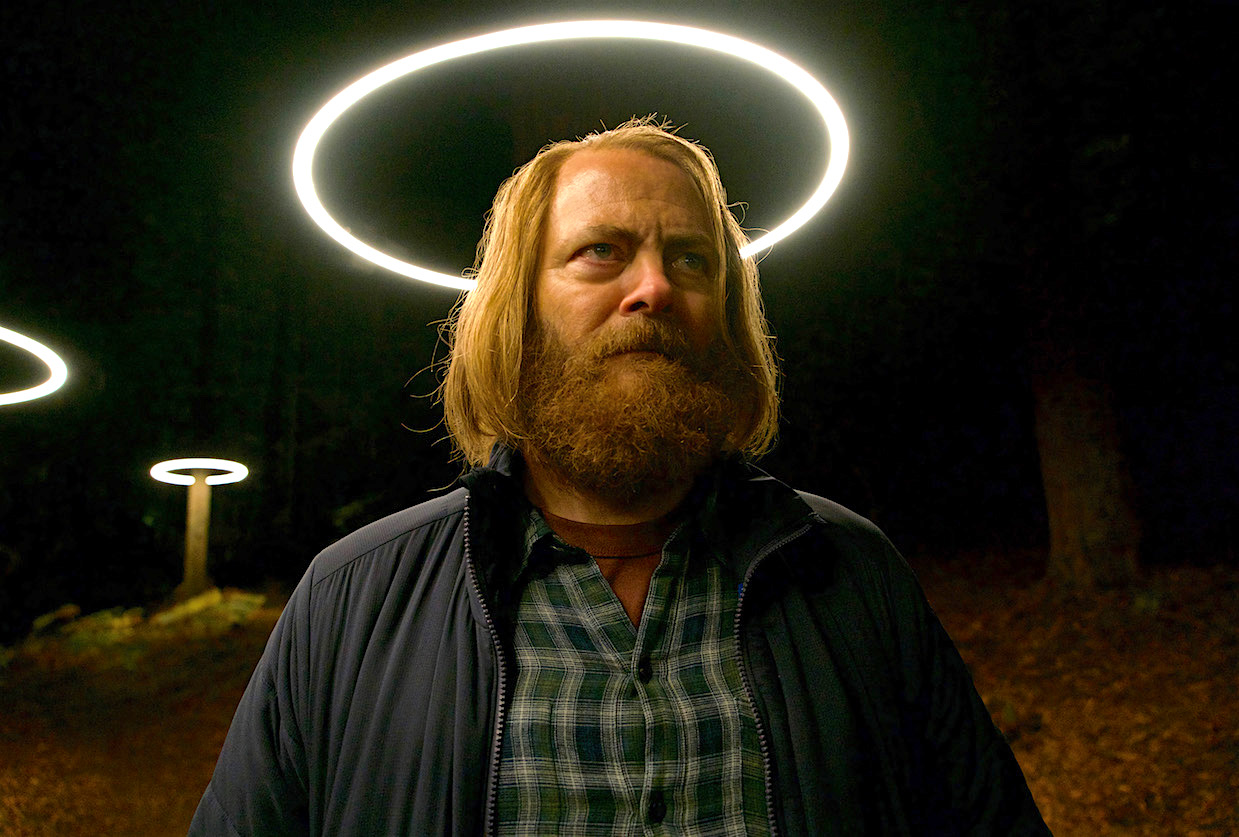 A revamp of the ‘80 anthology series from Steven Spielberg, the five-episode reboot covers a wide range of genres, with the tone coming off as a less-bleak Black Mirror (or The Twilight Zone with fewer twist endings). The “grandpa gets superpowers” episode starring the late Robert Forster might be one to watch. (March 6, Apple TV+)

Alex Garland (Ex Machina, Annihilation) seems like the perfect writer/director for a miniseries about the disappearance of a computer engineer’s boyfriend at a quantum computing company … run by an enigmatic CEO named Forest, played by Nick Offerman. (March 5, Hulu)

Pretty much everything that ubiquitous indie film distributor A24 has touched in the last three years has turned to gold, and that’s doubly true for horror (Midsommar, The Witch, Hereditary). Rose Glass’s Saint Maud is their latest foray into the genre, in which a hospice nurse with a supernatural streak becomes obsessed with a patient in her care.

For other great March film choices — from ‘Onward’ to ‘Bloodshot’ to ‘A Quiet Place Part II’ — check out our Spring Movie Guide.

Emily St. John Mandel’s follow-up to Station Eleven ditches dystopia for modern-day horrors, mixing the story of a Bernie Madoff-like Ponzi scheme with the disappearance of a woman from the deck of a container ship. (March 24)

More book recs? Check out the eight new titles we’re most excited for this month.

“Brimful of Asha” was one of the great rock/electronic hybrids of the late ’90s, but the band behind that hit seemingly disappeared about eight years ago. But Cornershop is back and hating on Brexit with England Is a Garden. The first single (“No Rock: Save the Roll”) is kind of Stones-y, but in a good way. (March 6)

Doom was a revelation when it was introduced back in 1993, and each iteration of the first-person shooter has upped the scares (I mean, you’re literally fighting the forces of Hell). 2016’s revamp of the title was an ultra-violent masterpiece with zero strategy beyond “push forward, blast demons with your BFG”; Eternal, the long-delayed follow-up, follows a similarly bloody path but adds the ability to play as the slayer-killing demons. (March 20)