Jones fought cancer to make it back to the stage

(Courtesy of Daptone Records)
By Will Levith 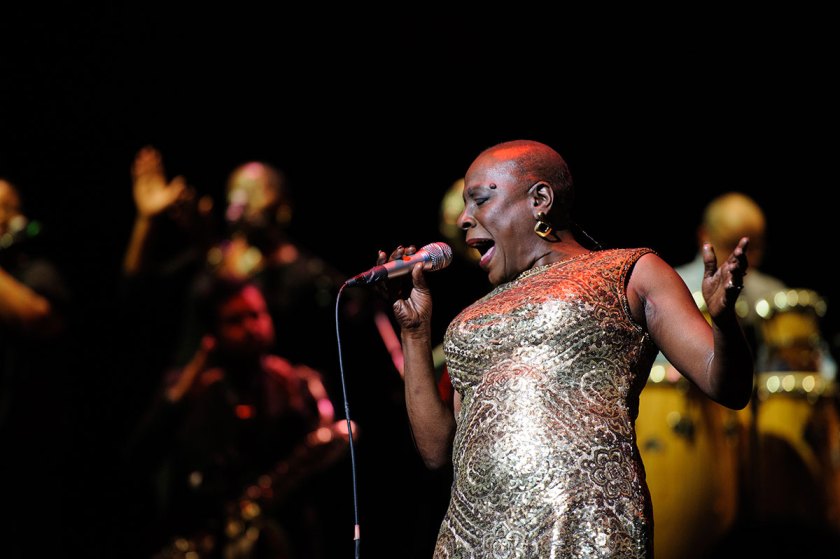 Two-time Oscar-winning director Barbara Kopple is set to premiere a new documentary on July 29, which follows modern soul icon Sharon Jones as she works her way back from a particularly trying few years (she’s the lead singer in Brooklyn-based neo-soul/R&B act, Sharon Jones and the Dap-Kings). If you’re having trouble placing her name, she’s the one who’s performing “Midnight Rider” behind Matthew McConaughey’s grill in that Lincoln car ad.

Releasing her first album at age 40, Jones and her band were promptly nominated for a Grammy for 2014 album Give the People What They Want. But at the time, Jones was dealing with a personal nightmare: She’d recently been diagnosed with stage-two pancreatic cancer, and had to put her newly christened career on hold to undergo surgery and chemotherapy.

The documentary, entitled Miss Sharon Jones!, follows the singer on her three-year path through and back from cancer, leading up to her triumphant return back to the stage. (Sadly, at a recent screening, Jones revealed that her cancer had come back.) Watch the documentary’s trailer below. Listen to an exclusive new song, “I’m Still Here,” from the documentary’s soundtrack at the bottom.