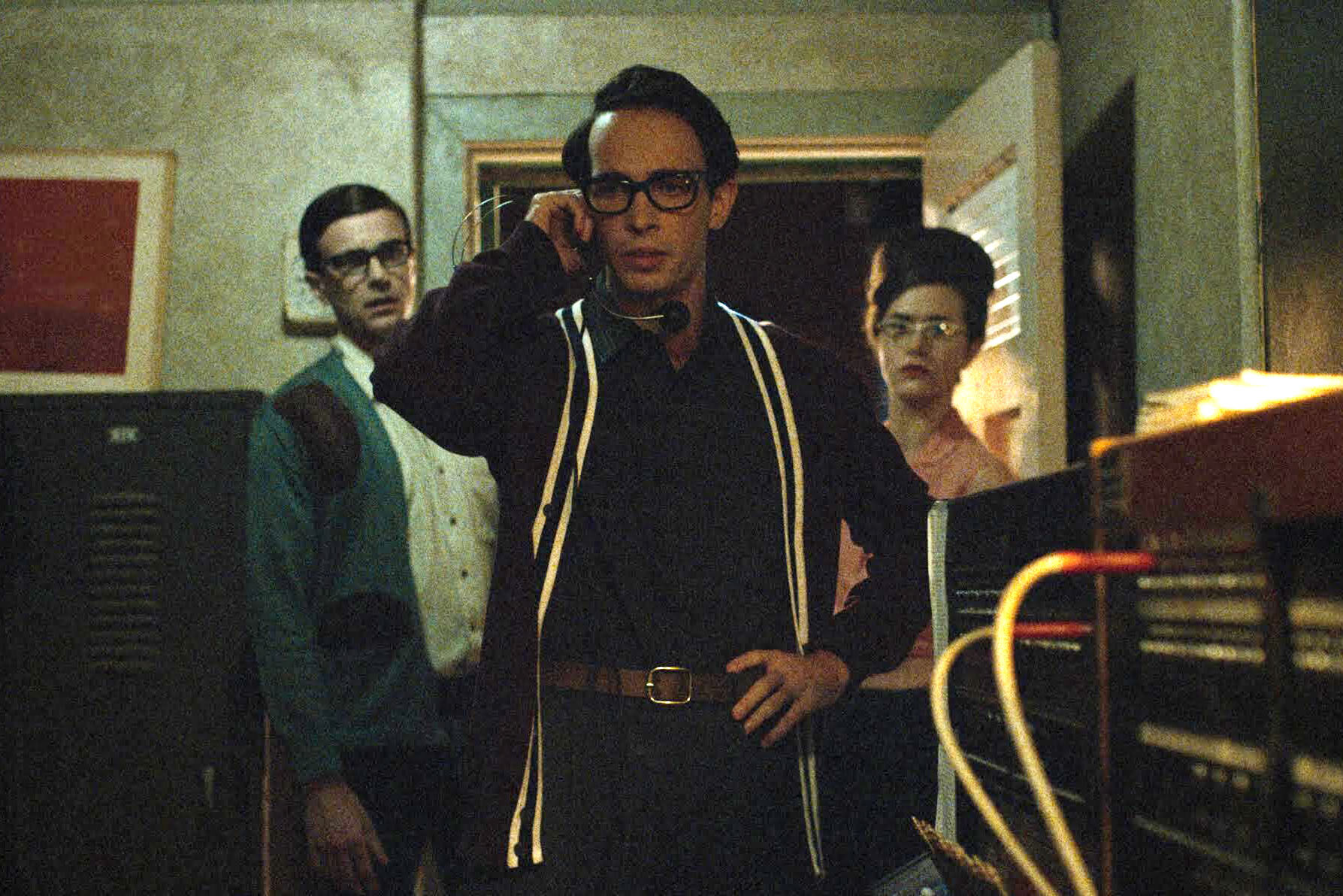 It’s impossible to detach art from the context in which it’s released. In the case of 2020, that means the COVID-19 pandemic and its subsequent effects, e.g., the self-quarantining, the shutdown of non-essential businesses, the mass unemployment, etc.

The Last Dance, the 10-part ESPN documentary profile of Michael Jordan and the Chicago Bulls, was a balm for sports fans who won’t be seeing new games in any league for a while. The widespread critical acclaim for Fiona Apple’s latest record Fetch the Bolt Cutters was bolstered by our collective stir-crazy mentality, with the title track acting as a potent metaphor for liberation of all stripes. Even virtual releases of mainstream escapist fare like Trolls World Tour was treated by many weary parents as manna from heaven for their bored, unentertained children. The social milieu of the moment will inevitably frame any contemporary work, even if the frame itself is ill-fitting.

Sometimes, however, the frame fits surprisingly well. Last year, Andrew Patterson’s film The Vast of Night was merely an exciting debut feature. Set over the course of one night in Cayuga, New Mexico, in the 1950s, and framed as an episode of Paradox Theatre (a la The Twilight Zone), The Vast of Night follows local DJ Everett (Jake Horowitz) and teenage switchboard operator Fay Crocker (Sierra McCormick) as they investigate a mysterious audio frequency that’s being transmitted through the radio. As they dig deeper into the mystery, Everett and Fay slowly realize that the noise is coming from above and that, dum dum dum, they are not alone.

The Vast of Night’s simple, derivative premise isn’t what makes it notable. Rather, it’s Patterson’s formal acumen that impresses. He shoots the film in controlled long takes across limited locations, allowing his actors and the space they inhabit to dictate the action and pacing. This reserved style foregrounds James Montague and Craig W. Sanger’s script, which effortlessly moves between snappy conversation and lengthy monologues. Patterson also incorporates a dense sound design that encompasses not just many human voices but also a litany of analog noise: the circuitry of mid-century switchboards, the snaps and pops of record players, the hum of tape recorders. Moreover, he has a remarkable control of tone, creating a languid, small-town hangout vibe reminiscent of Richard Linklater’s early work. The Vast of Night has a homespun, truly independent feel, with Patterson never letting his budgetary limitations constrict his ambition. If first features partially serve as a showcase, a highlight reel for what a filmmaker can do, then The Vast of Night definitely introduces a sparkling new talent.

But now, after a year on the festival circuit, The Vast of Night is being released by Amazon into a new world of social distancing and prolonged isolation, of collective fear and mistrust, of suspicion about the very nature of truth. While it’s not as if The Vast of Night would ever suffer under these circumstances, the current mood works tremendously in its favor. Some of this can be traced to the film’s basic conceit: Everett and Fay are alone or together for most of the film, either roaming the Cayuga streets or at their respective jobs or interviewing a third party, because most of the residents are attending the local high-school basketball game. Hence, an eerie desolation permeates the film, like the town has been voluntarily evacuated. The Vast of Night’s show-stopping moment is a single tracking shot that travels from Fay’s switchboard job across the entire town to the basketball game, which is packed to the brim with cheering fans, before finally landing at the radio station where Everett runs his show. While the shot certainly showcases the large concentration of bodies at the game, it primarily conveys a profound sense of emptiness. It’s as if Cayuga is primed to be occupied by an invisible threat.

The barren streets aren’t the only source of projection for pandemic-related anxieties. The Vast of Night also journeys from social space to private space seamlessly. The film’s first 15 minutes are set in and around the high school gymnasium, which features pre-game hustle and bustle from the team as well as ancillary figures: teenage announcers, band members, teachers, neighborhood adults. Everett darts around the area, cigarette dangling from his lips, as he’s called to fix recording and electrical equipment. Eventually, he hooks up with Fay, her new tape recorder in tow, and together they interview adults in the parking lot. It’s a vivid portrait of a close-knit community, one that shares passed-down stories and secondhand legends and tired gossip like it’s their lifeblood.

Following this section, though, The Vast of Night shifts away from freewheeling in-person interactions toward mediated exchanges. Much of the film’s middle section features fractured phone conversations as Fay juggles various calls that come in through the switchboard, most of which are mysteriously disconnected. As soon as she hears the strange audio frequency come through the radio, Fay gets in touch with Everett to broadcast the signal out in the hopes that someone listening might be able to provide an explanation. Sure enough, a disabled Air Force veteran named Billy (Bruce Davis) calls into Everett’s show with knowledge of its possible origins.

Speaking in a weary but calm voice, Billy tells a detailed story about a secret assignment that involved black airmen digging tunnels to conceal an unknown aircraft and hearing that same frequency interrupt military communications. After he and others in the unit came down with unexplained illnesses, Billy deduced that the transmission was not from this Earth. Later, Everett and Fay travel to a reclusive elderly woman (Gail Cronauer) to record her account of the frequency, which concerns the disappearance of her son.

These scenes unsettle on first viewing, specifically playing off the fear of the unknown, i.e., the content of Billy’s story, and also the fact that he’s only heard and never seen, like some disembodied voice from the beyond. (It’s no accident that the monologue invokes America’s avowed history of systemic racism, a “scary true story” passed down from elder to youth.) In the present cultural climate, these scenes they play like a spooky simulacrum of our only modes of communication and consumption; the downward shift from social engagement to technologically negotiated dialogue reflects the past two months of lockdown and quarantining. What is the switchboard if not video-conferencing tech in its larval stage?

Moreover, The Vast of Night also engages with the contemporary mediums by which people consume narratives. Patterson intermittently fades to black during Billy’s monologue, primarily to demonstrate that his story doesn’t need a visual component, that it can exist in the viewer’s imagination without filmic aid. When he films the old woman’s story, he holds intently on a close-up of her face. These choices deliberately foreground the substance of speech, harkening back to radio and also projecting forward to podcasts, the way in which many engage with alternate histories and legends. It’s not a stretch to say that people are currently living more in their heads than in the tangible world; The Vast of Night tacitly acknowledges this by briefly turning into a radio play one could conceivably hear late at night when the quiet fills the room. Stories of state-sanctioned oppression, government cover-ups and unpublicized abductions are evidence of sustained institutional dysfunction, which comprises the very fabric of our lives.

Amazon’s revised release strategy embraces The Vast of Night’s throwback qualities: last week, it played in select drive-in theaters around the country, evoking the golden age of the drive-in movie in which the film is set, while working around the practical realities of the moment. This is a nice, fun gesture, but one that’s slightly unnecessary considering the film’s substance. Before COVID-19 spread across the globe, The Vast of Night was a period piece that actively confronted the modern era; now, it seems more in tune with the sinister feeling of being alive at this exact moment. Many of us are communicating remotely, amid newly vacant towns and cities, desperately trying to make sense of the weirdness and distrust that pervades the air. There aren’t UFO’s hovering above the sky, at least not currently, but there’s another covert menace taking us over from within. Don’t look into the light.