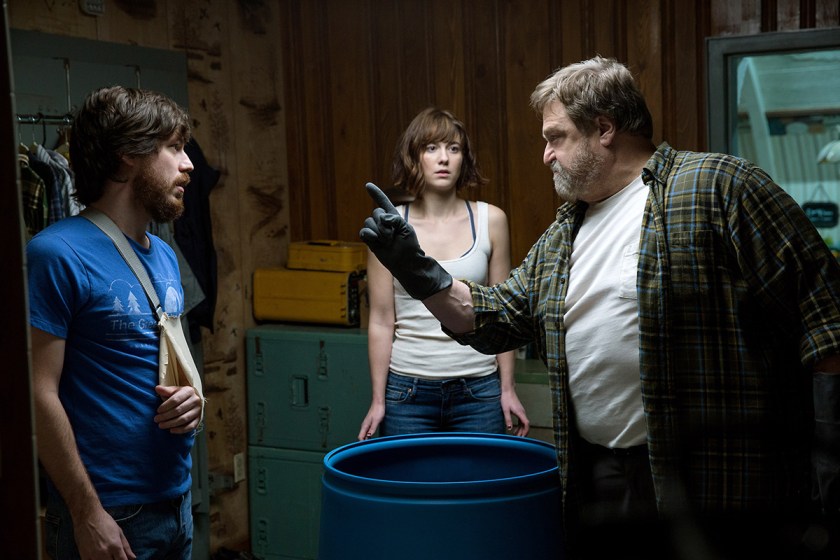 It would have been impossible to see every movie that came out in 2016—especially since most of the media attention went to superhero movies, remakes, and sequels. That isn’t bad in and of itself, but a lot of really good movies slipped through the cracks. RealClearLife has curated a list of 10 of them.

’10 Cloverfield Lane’
Starring John Goodman and Mary Elizabeth Winstead, this film centers on a young woman who has been mysteriously locked in a bunker by a paranoid Navy veteran, who tells her that the world is ending. With a tense, lean script and great performances all around, this movie is well worth your time.

‘The Lobster’
A weird, dystopian take on love and relationships, The Lobster’s main character, played by Colin Farrell, stays at a hotel where he will be turned into an animal (he chooses a lobster) if he can’t find a mate in 45 days. It sounds too weird to hold up, but moments of profundity and a consistently deadpanned delivery make it work.

‘The VVitch’
You may have heard about this Robert Eggers film from the horror fans in your social circle; if you haven’t seen it yet, go watch it now and thank them later. The VVitch centers on a Puritan family’s discovery of evil in the woods beyond their New England home, which is such a perfect setting for horror that we’re shocked more directors haven’t taken advantage of it before.

‘He Never Died’
Former punk rock pioneer Henry Rollins stars in a weird but engaging horror comedy that’s perfect for him, playing Jack, an immortal, socially awkward loner, who eats the blood sold to him by a hospital intern and plays bingo for recreation. The exact source of his immortality is for you to find out when you watch this.

‘Driven To Succeed’
Made in Baltimore, this absurd comedy follows the instructors of a driving school whose unethical CEO is running for public office. Perfectly capturing the pacing and tone of a screwball 1980s comedy, this movie is a hilarious, raunchy delight all the way up to the insane twist ending.

‘Elstree 1976’
Essential viewing for Star Wars fans, Elstree 1976 is a documentary about actors who played small roles, and even bit parts, in the original Star Wars film (including the guy who played Greedo!). The best parts of this are, of course, their awesome Star Wars stories, but following them around the convention circuit is fascinating, too.

‘Swiss Army Man’
A mix between Weekend at Bernie’s and Castaway, Swiss Army Man is about the strangely uplifting interactions between a suicidal man on a deserted island and a dead body that washes up on the beach. Really.

‘Green Room’
This incredibly tense film sees a punk band book a gig at what turns out to be a neo-Nazi compound, and they quickly find themselves in over their heads. Patrick Stewart’s performance as the lead antagonist is chilling, to say the least.

‘Everybody Wants Some!!’
Richard Linklater, of Boyhood and Dazed & Confused fame, released another nostalgia film in 2016, and just like his more famous movies, it’s great. Everybody Wants Some is a 1980s period piece about freshman year of college, and Linklater captures it beautifully. Actor Glen Powell’s performance is especially good.

‘Embrace of the Serpent’
This powerful film follows two explorations of the Amazon river, set 30 years apart; the first (in 1909) is in search of a sacred plant to heal an illness, and the second (in 1940) hopes to secure rubber trees for the American war effort. In the gap between these two explorations, the high cost of colonialism on indigenous culture is laid bare.