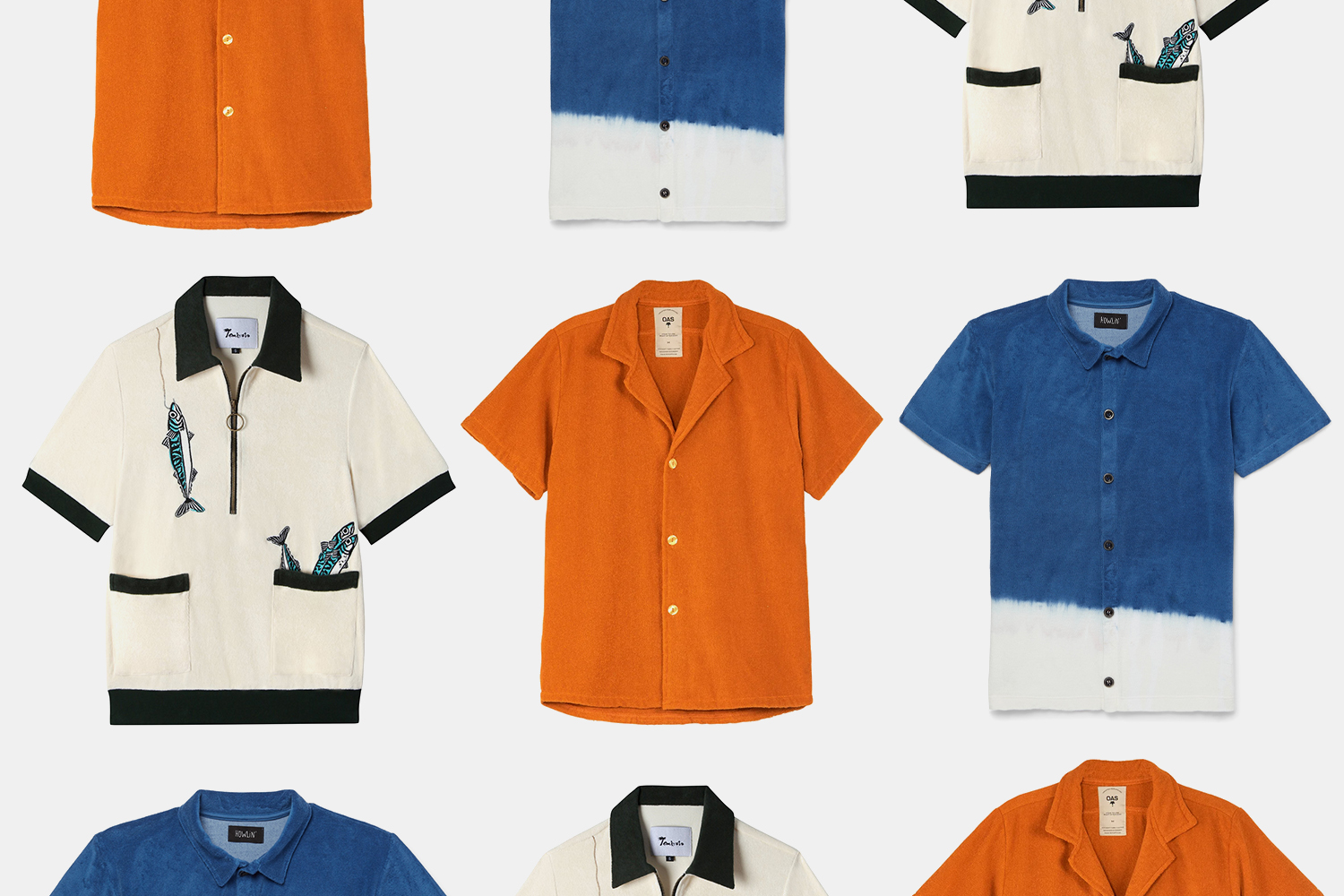 Summer is gross. Yes, it’s a time of warmth and sunshine and wearing considerably less clothing, but there’s a host of other factors to contend with, namely the oppressive heat and humidity that makes getting dressed feel like a chore rather than something to take pleasure in. It’s a conundrum that presents itself every year, without fail — how does one get appropriately dressed, in the full sense of the word, without sacrificing their commitment maintaining not only style but comfort? The question continues to haunt many.

As it turns out, the solution has been available for quite some time, and it’s the terry cloth polo. The fabric, once favored for bathrobes and towels, is largely disregarded as an option, with people tending to gravitate towards linen and cotton. And while it might seem like a weird fabric to wear in the form of a shirt, it makes sense as the ideal material for summer. After all, if it works in absorbing water post-shower or swim, just think of all the excess sweat it’ll sop up.

But there’s more to the toweling material than its benefits of absorption. Let’s face it, you’re inevitably going to wear a polo come summer, so at the very least make it one that’s interesting rather than predictable, and a terry cloth polo provides just the right amount of unconventionality. There’s an inherent retro-ness to a terry polo (maybe due to Sean Connery’s baby blue terry onesie he donned as Bond) that lends it a fun-ness. Plus, it’s an extremely tactile fabric — think of it as a party trick.

Below you’ll find 11 terry cloth polos (and polo adjacent shirting) ideal for enduring the summer (and its accompanying heat) ahead.

Maybe you’ve been admiring tie-dye clothing from afar, but were in pursuit of a more sophisticated take on the trippy pattern. This two-tone terry button-down from Howlin’ is simultaneously grown up and cool. Who knew tie-dye and terry cloth were such a good match?

Now you can take comfort in the fact that terry cloth as a shirt fabric has the Todd Snyder stamp of approval. Snyder’s own take on terry is relatively simple in regards to silhouette, and even this pink hue isn’t too pink. Think of it as your beginner terry polo.

Give that Hawaiian shirt a reprieve this summer and opt for this ‘Aloha’ adorned button-down that’s similar in spirit but different in aesthetic. Just let your shirt do the talking for you.

Anyone nostalgic for 1970’s style will appreciate this OAS Cuba Terry Shirt in the color Terracotta. It’s a nod to a different era without being costume-y or tacky. In fact, it does a pretty good job of encapsulating summer in both fabric and color.

If you’re still unsure about venturing into terry territory, the muted tone of this Sunspel polo helps to disguise the fabric so that at a glance it will appear to be just another polo, but closer inspection will reveal it for what it really is.

If you’ve found yourself attracted to the gangster knits worn by the likes of Tony Soprano, this two-toned paneled shirt is mob-worthy. Just think of it as Tony Soprano-esque, but if he were to vacation in Palm Springs.

This Only NY shirt has a slightly preppier vibe than most iterations of the terry polo, thanks in part to the contrasting white collar. It’s the perfect blend of preppy and beachy sensibilities.

For those who can’t bear to stray from the traditional three-button polo, this vibrant Vilebrequin shirt manages to strike the perfect balance of being classic in silhouette, while unconventional in material.

Go big or go home with Tombolo’s ‘The Angler.’ Tombolo took the classic cabana shirt silhouette and rendered it into a half-zip pullover with embroidered fish (and a hook). Next time you hit the beach you won’t even have to bring a towel — just wear this baby instead. It’s also worth nothing that the queen of Instagram January Jones is a fan of the brand, if that means anything to you (which it should).

The slightly oversized buttons on this Jil Sander number further emphasize the retro-ness that terry cloth seems to inspire, and manages to create a youthful feel that differentiates it from being yet another typical polo, because we both know you’ve already got more than enough of those.

It’ll come as no surprise that many of the terry cloth polos out there are typically offered in summeryhues. But for those who appreciate darker tones (even in the summertime) consider this Towel Shirt from Scotch & Soda, in a deep red. You’ll still feel like your poolside, just a little moodier. 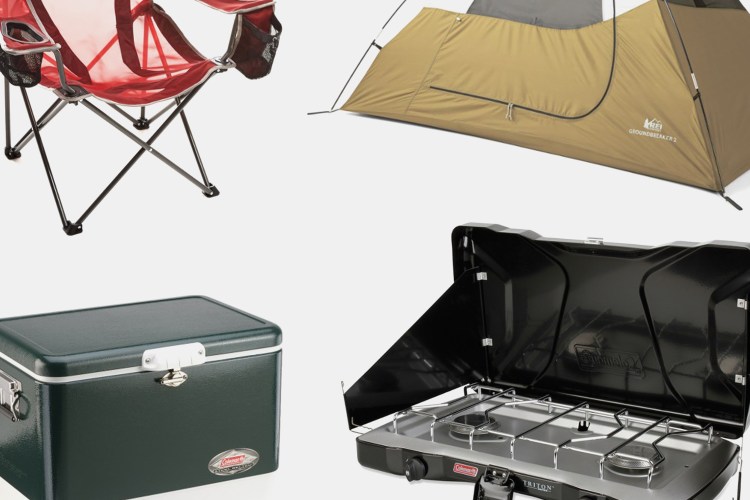 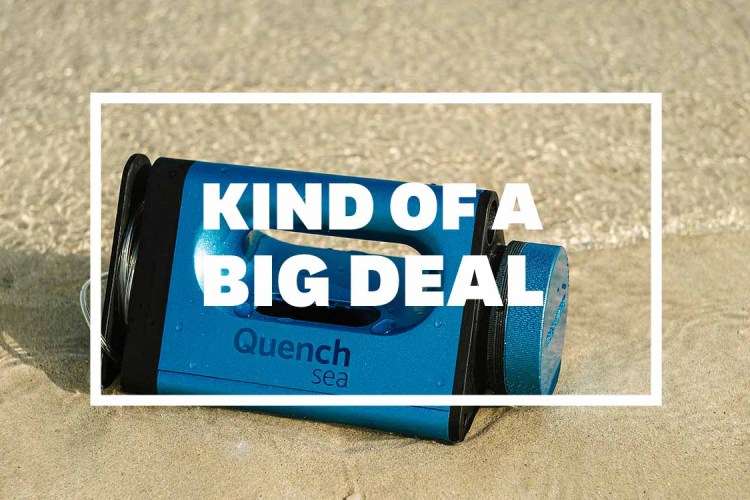 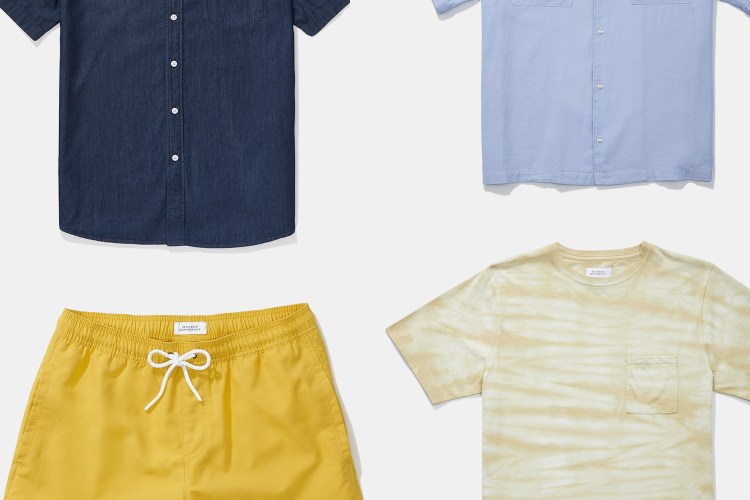 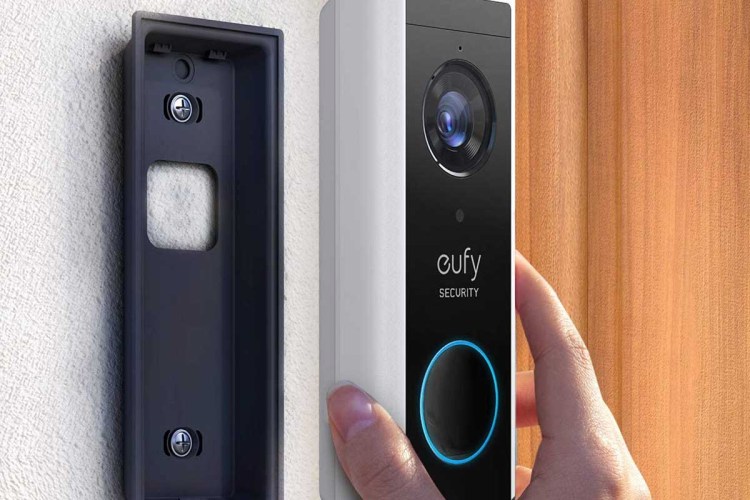