Need the perfect LA threads? Talk to the guys who make 'em.

Being a man has its benefits. Like the fact that style-wise, less is more.

Which in turn means investing in quality over quantity.

So we sought out the help of Hollywood haberdashery Schaeffer’s Garment Hotel, where they literally make their own T-shirts, denim and hats on site, tailoring everything to your exact needs and specifications. If you haven’t been, it’s an ode to a bygone era in American craftsmanship, with lots of rock and roll ephemera, to boot.

It’s run by Robert Schaeffer, a former motocross racer from Texas. Motorcross is dangerous, and in between injuries (happens to the best/all of them), he’d go watch the flat races. “Otherwise I’d get jealous,” he says. “But then I got into all of the Steve McQueen style and started studying the history behind the fashion.” In 2009, he transformed that love into a store specializing in high-quality denim his tailors stitch in the loft above the store. He also scours the Southwest — from here to Texas — for vintage leather jackets and boots, which he reworks into modern fits, updating the components without sacrificing the history.

We asked him to curate one complete ensemble sure to win hearts and turn heads in this town.

Here it is, in five easy pieces.

The Denim
Schaeffer’s denim is milled in Japan, where it’s either indigo- or sulphur-dyed. The sulphur variety (like the jet black pair here) break in faster than indigo. And when they do, you’ll have a pair with creases and fades that are unique to your body. After a year, you can bring them back in and he’ll refit them. Like most selvedge denim, the seams are chain-stitched. Translation: they’re built to last. The only branding is a leather patch on the waist.

The T-Shirt
His 100% cotton tees are milled in Los Angeles and made in house. As of now, they’re only in white and black, and they’re heavier than normal but still ultra-soft. The upshot to the beefiness is it’ll last you much longer, and break in like a dream.

The Zipper Hoodie Sweatshirt
Schaeffer’s new line of terry sweatshirts are sulphur-dyed like the jeans, and like the jeans, they’ll breakvin with folds and wear where it counts. The ribbing at the bottom is a vintage cloth that’s been indigo dyed and won’t go loose too fast. The brass zippers are made by Riri, a Swiss company that’s been around since time immemorial.

The Boots
These particular boots are Red Wings circa 1960. Schaeffer finds them, replaces the insole, restores the sole and swaps the laces. He also guarantees his work for a month — rare in the aftermarket world.

The Motorcycle Jacket
Finding old leather motorcycle jackets is yeoman’s work. The one pictured is a 1940s CAL Leathers, a jacket company formerly out of Ventura. Made of horsehide, this particular one has its Mouton collar still clipped on — those buttons on leather jackets were initially meant for a soft collar. The practice waned but the buttons stayed. This is a very rare find, and is priced accordingly ($2,000). But it comes with a three-month warranty.

BONUS: The Hat
When you’re in Schaeffer’s Garment Hotel, you’ll hear a steam gun pipe out a loud woosh as you shop. That’s Gunner Foxx, a world-class, third-generation hatmaker. He does it the old way, using blocks, steam and care. His hats are notably worn by the likes of Johnny Depp and any man with swagger. Be sure to schedule an appointment and he’ll work with you to make the best hat you’ll ever own. 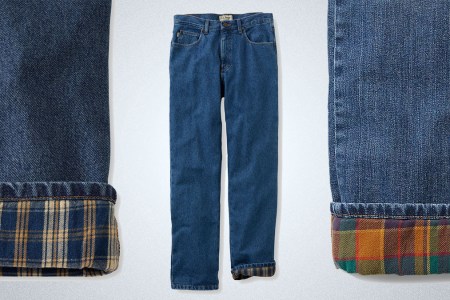 We Tested 12 of the Most Popular Flannel-Lined Jeans 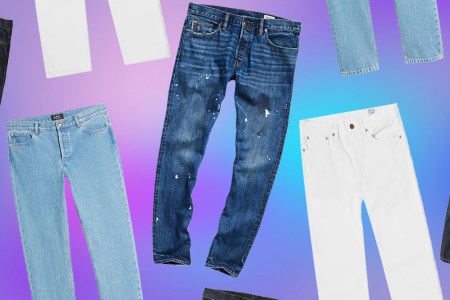