Need 48 reasons to stay inside this month? Here you go.

EXPERIENCE: The Museum of Failure
Winston Churchill famously said that success was bouncing from failure to failure without losing enthusiasm. And Ray Dalio has said that he prizes his failures more than his successes because the missteps taught him more. So why do we spend so much time running from it? Samuel West decided to explore it, by developing a museum devoted entirely to the world’s best failures. It’s on view through February. You may find it comforting, inspiring and (most importantly) fun. (ongoing)

PERUSE: #PlanetPlastic
You want to protect Africa’s wildlife. You enjoy the work of Belgian model Marisa Papen. You need a calendar. Here’s a triple-threat solution: a year of NSFW pics of Papen, taken in Africa, with proceeds benefiting Forgotten Parks, an organization that rescues animals, fights off poachers and trains rangers.

DANCE: Music Worth Catching in January
L.A. plays host to a lot of great musicians in January. St. Vincent will be throwing down at the Palladium, Ty Segall will be rocking out at the Teragram Ballroom, and Jaws of Love and Lawrence Rothman will strum the mellow vibes at the newly opened Lodge Room (check out our corresponding Dinner Plan).

READ: Gnomon: A Novel
Nick Harkaway (the son of spy author John le Carré) has carved out his own niche for weird, reality-bending fiction. His latest book aims for future noir — it’s a detective story set in a dystopian future, where every thought and word is known and recorded by an overreaching “System.” Seems prescient. (Jan. 9)

SEE: Freud’s Last Session
Before Dr. Sigmund Freud took his own life, he held a session with novelist CS Lewis, which was incidentally on the day England entered World War II. Freud’s Last Session is a stage play based off of that lively and often humorous conversation, which delved into sex, death, God and the meaning of life. (Jan. 13 – Mar. 4)

WATCH: The Clapper
January is a cesspool of low-budget horror flicks and abandoned studio films needing a brief theatrical home. If you must head out in this weather, try this crowd-pleasing indie comedy-drama, where Ed Helms as an infomercial regular who gets a surprising 15 minutes of unwanted fame. (Jan. 26)

PLAY: The Inpatient
The first great virtual-reality game? Sony opts for tension and chills in this immersive, first-person VR mystery, where you play an amnesiac inpatient who must solve the mystery of why you’re in a creepy sanitorium. (Jan. 23, Playstation VR)

LISTEN: Our January playlist
New songs from MGMT, Cardi B, Moby, Migos, N.E.R.D., Lily Allen and more.  Oh, and the best of 2017, in case you missed it (the playlist, not the year).

STREAM: A Futile and Stupid Gesture
The birth of counterculture comedy is highlighted in David Wain’s biopic on National Lampoon co-founder Doug Kenney (Will Forte), the man who co-created Caddyshack and Animal House. (Jan. 26, Netflix)

VIEW: Art Worth Seeing in January
The L.A. Art Show brings local and international artists to downtown. The Art Los Angeles Contemporary holds its edgier fair at the end of the month at the Barker Hanger. And the L.A. Public Library will hold a talk called Blood in the Water: the Attica Prison Uprising of 1971. Get edified.

And don’t forget … On The Worms Heart (Jan. 19), The Shins reinvent last year’s acclaimed Heartworms album by making the slow songs fast and vice versa … There’s a multitude of deleted scenes and bonus footage available for IT (Jan. 9) and Blade Runner 2049 (Jan. 16), two of last year’s better (and better-looking) films coming to Blu-ray … Yes, David Lynch’s book of nudes (out now) is as weird and alluring as you’d guess … The civil war in Yemen and great coffee are at the center of Dave Eggers’ new true-life tale The Monk of Mokha (Jan. 30) … Rose McGowan’s naming names and continuing the needed work of the #MeToo movement in her autobiography Brave (Jan. 30) … And finally, the welcome TV return of The Good Place (Jan. 4), Comedians in Cars Getting Coffee (Jan. 5), Crashing (Jan. 14), American Crime Story (Jan. 17), Planet Earth (Jan. 20) and Baskets (Jan. 23). 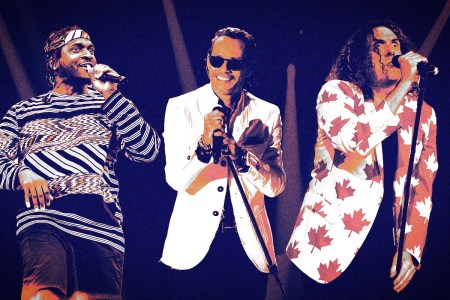