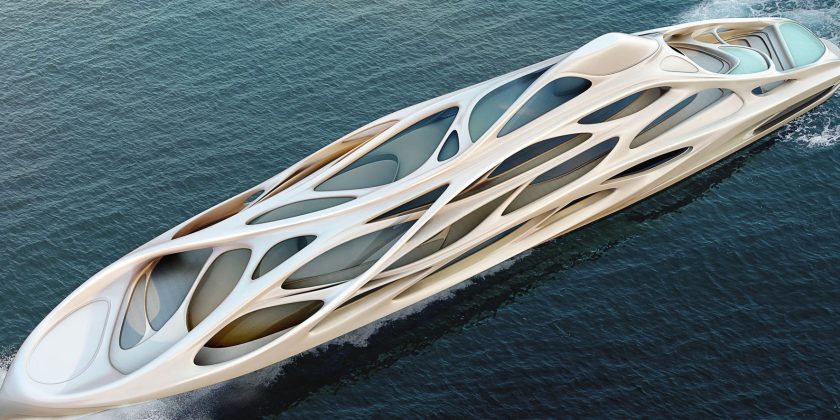 Zaha Hadid Architects, one of the world’s premier firms (whose legendary namesake died earlier this year), joined forces with German shipmakers Blohm + Voss to design five yacht concepts that break from tradition and raise the bar for naval design. The designs include a 295-foot concept yacht as well as four smaller yacht concepts as part of the “Unique Circle Yacht” fleet. The core idea behind these designs is inspired by aquatic life. (Hadid herself said it evoked “the organic structural systems of natural marine formations.”) Much like kelp swaying in currents on the ocean floor masks the coral reef and rocky seabed, the yacht’s fluid exoskeleton obscures the structure of its hull and decks. 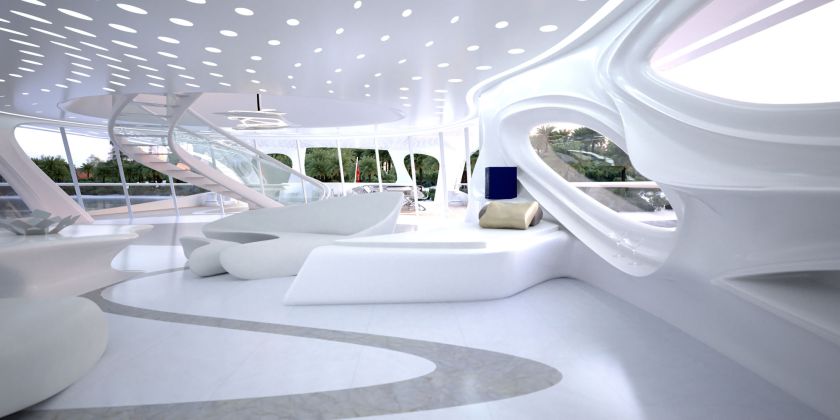 The shipmakers have given the technical specifications for its 295-foot concept. The yacht would have a cruising speed of 14 knots, top speed of 16 knots, a range of 5,000 nautical miles, a beam of 52 feet, and a draft of 13 feet. Blohm + Voss released the specs with the caveat that designs can be modified for buyers’ bespoke needs. Though the designs were released in 2013, Blohm + Voss is still looking for buyers to bring the vision to fruition. Learn more here. Take a 3D tour in the video below.