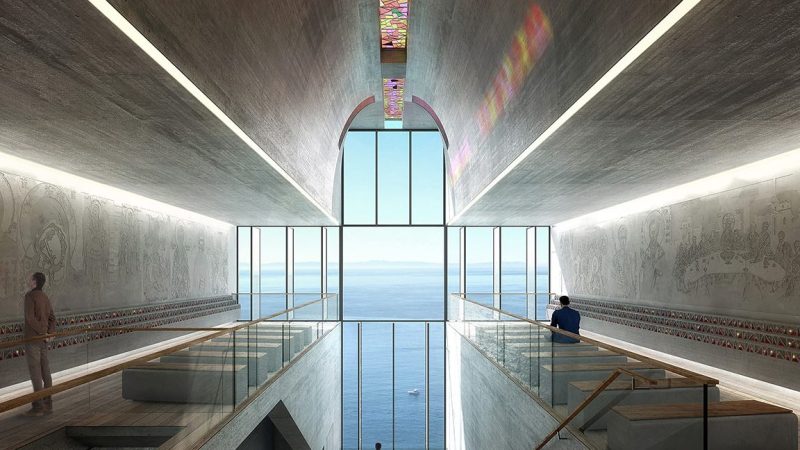 Open Platform for Architecture espouses “Transcendental Brutalism,” a style embracing the brutal (using concrete as a building material and celebrating rugged terrain) while creating something transcendent. Its proposed chapel of The Lux Aeterna Holy Cross Chapel is designed to use a “minimalistic design devoid of earthly distractive elements” to capture a “purity of belief.” 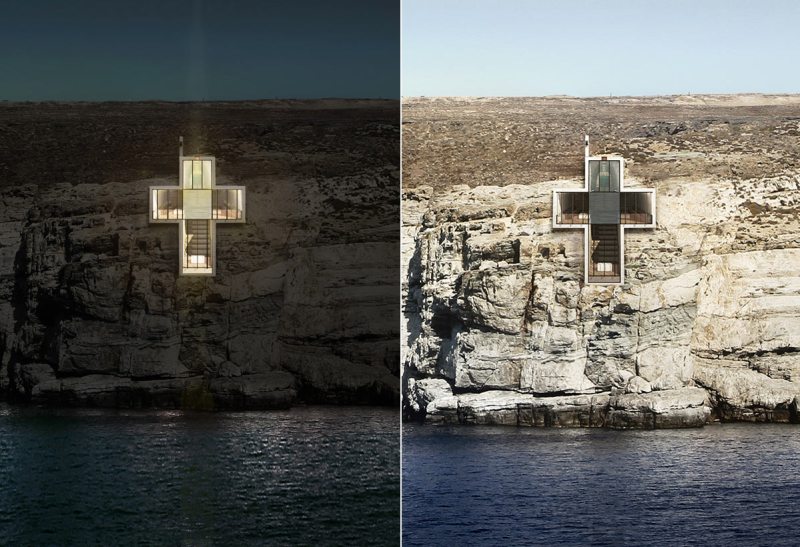 The chapel would be the third building of the Terra Mater trilogy of underground buildings. Proposed for the Greek island of Serifos, it possesses a single cliff façade facing the Aegean sea. OPA notes that the landscape is “arid, integral to the underlying concept, and matching perfectly to the rough finish of the unclad bare concrete surfaces of the chapel.” 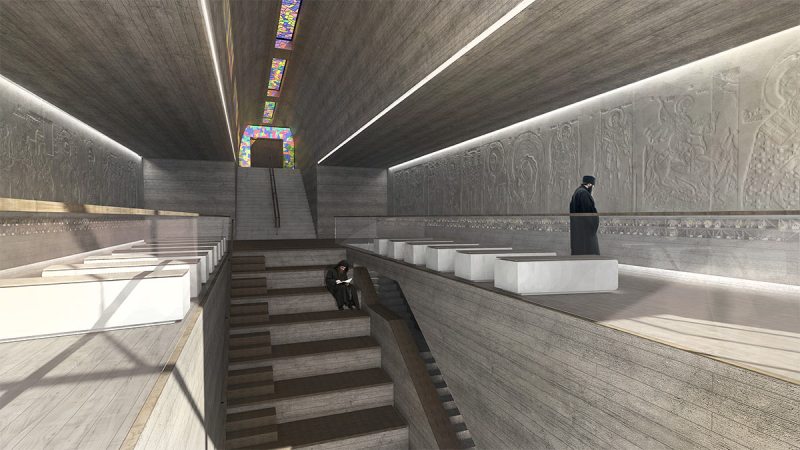 The chapel features three levels, allowing for a bold and unique use of the cross with a vertical orientation, instead of the horizontal orientation that occurs “in the design of cross-shaped floor-plan churches.” 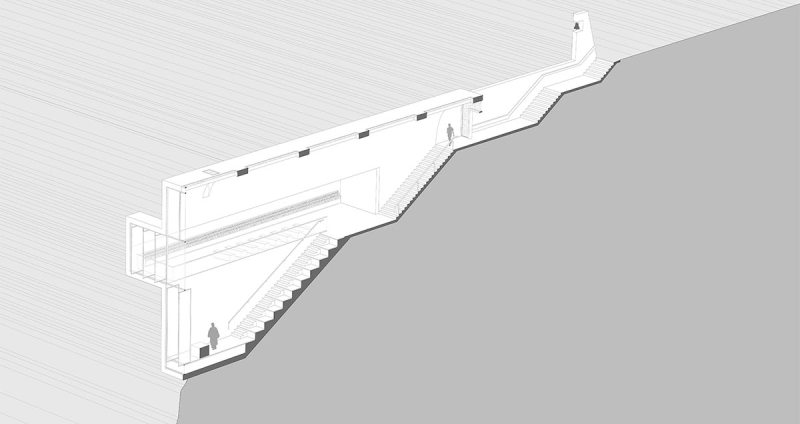 As an underground building, the chapel will benefit from “the thermal insulation of the surrounding ground to achieve a temperature stable environment” and have a minimal “optical impact” on the landscape, since there’s only “one façade on the cliff side and the integrated bell-tower extruding from the ground level,” allowing for the beauty of the land and of the chapel to be in balance. 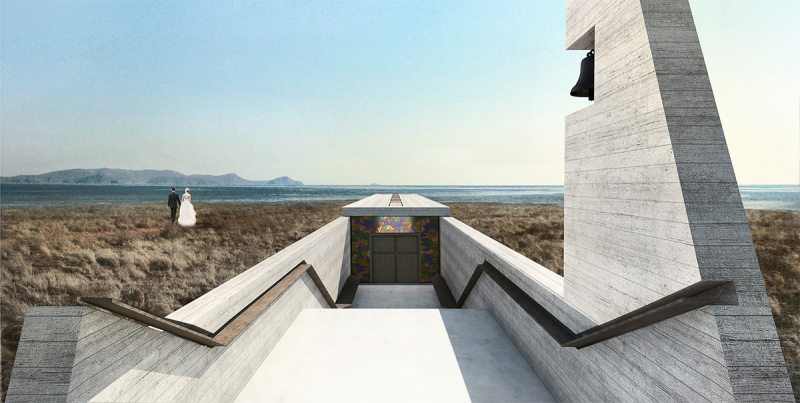