These Custom Legos Use Augmented Reality to Improve Urban Planning 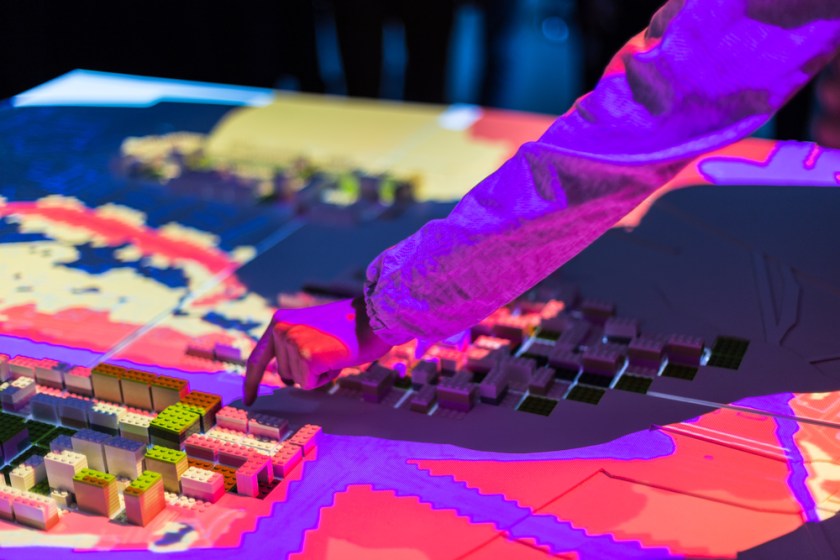 Toy blocks, like Legos, allow the imagination to run wild, building a massive metropolis to the heart’s desire. Yet, aside from flexing that creative part of your brain, they often do little to further the production of a finished product. That may soon change, thanks to MIT. Augmented reality is being employed using Lego bricks, modified with special chips, to more effectively plan urban development.

Like many other examples of innovative tech featured on RealClearLife, the CityScope project is born out of MIT’s Media Lab. CityScope uses the customized Legos, which are given user-determined values like a “10-acre park” and “200-unit residential building”, to create interactive urban planning models. The Legos are combined with an overhead projector to overlay the bricks with colors to convey various data associated with that brick’s value. 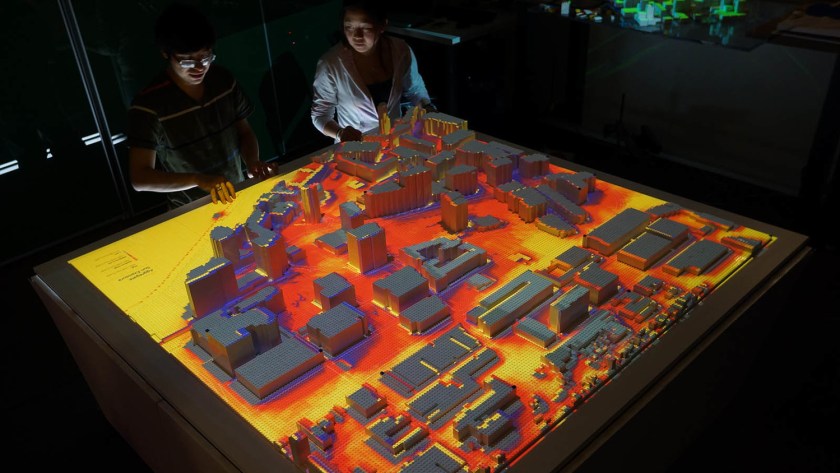 The end result is a 3D model that urban planners can pick apart and move to give them a better understanding of their plan, its use of space, and how it will affect the local population. The bricks can be loaded to trigger a specific color projection if a certain metric is met (or if it isn’t being attained). This function helps planners identify and adapt to unforeseen issues like congestion, crime, or even noise. For instance, if the user were to plan too many residential or office buildings on a small plot of land without accommodating for parking, the whole plot would show up as red.

While the concept may be simple, its implications are vast. The tangible-interactive matrix (TIM), as CityScope is calling its interactive system, can be used for multiple municipal purposes, from city zoning to public transportation re-routing, as well as business applications, like efficient resource distribution. The TIM has already been used to improve pedestrian activity in Singapore, plan a possible refugee camp in Hamburg, and explore redevelopment proposals in Riyadh.

In fact, the President’s Council of Advisors on Science and Technology (PCAST) wrote in its March report on technology and future cities that the TIM allows users to “to identify potential challenges and opportunities when optimizing existing urban systems.” The report even went so far as to recommend investing in these types of technology to further the goal of smart cities. To learn why smart cities are so important, watch this TED talk from Kent Larson, one of CityScope’s leaders, below.