The MelloShip Hammock Brings Relaxation to a Whole New Level 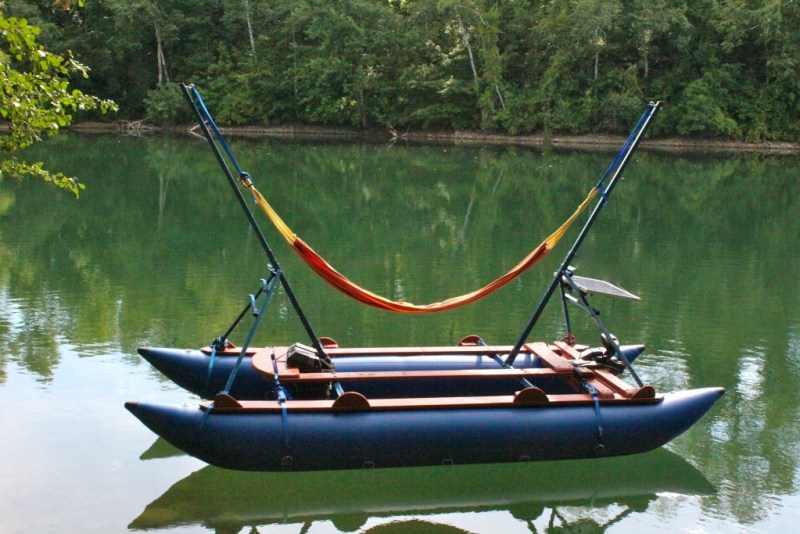 For just a few minutes, try picturing yourself in a boat on a river (the color of the trees and skies is up to you). Now, on that boat, you’re not thinking about much, because you’re swinging ever-so-softly back and forth in a hammock. Eyes starting to feel a bit heavy?

Now, sure, it’s easy enough to string up a hammock on the deck of your superyacht. But what if, for those moments you want some alone time, you had a little rig that was a hammock and a boat at the same time?

That’s the concept behind the MelloShip, a solar-powered and motorized hammock boat. Invented by James Womack—a New Jerseyan who’s called Nicaragua home for the last 12 years—the vehicle is a one-way ticket to inactivity. Like that giant television set on your wall, the ship’s speed and steering are controlled by a handheld remote control. (The remote’s waterproof, so if you drop it in mid-snore, it won’t fizzle out.) The MelloShip has a his-and-hers, side-by-side hammock option as well: just keep in there’s a 500-pound weight limit so try to do the math before piling on too many people. 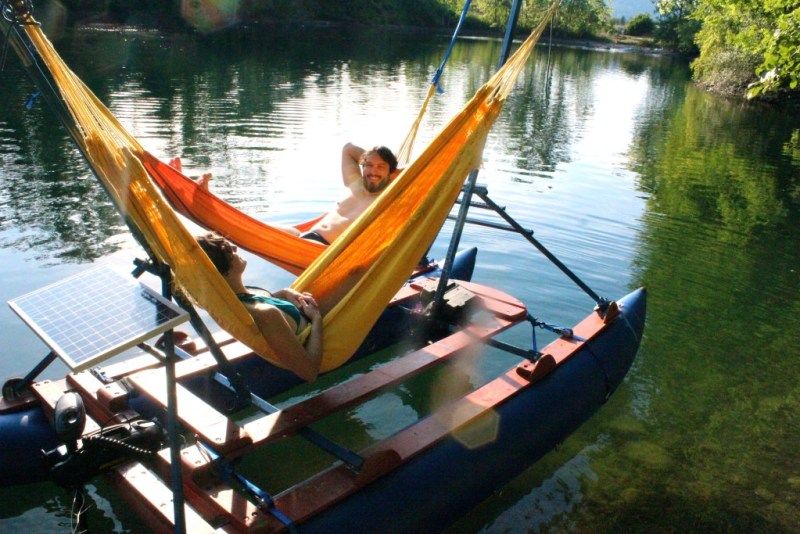 It’s also useful when you’re wide awake. The MelloShip can be fitted with flooring and has popup seating to make picnicking or fishing easy; and it includes speaker and cooler holders, so you can have a party for one (or more).

It’s entirely possible that the MelloShip project won’t float to fruition the first time around, as Womack has about two weeks left on his Kickstarter campaign and a whole lot of ground (or shall we say, water) to cover. But if you believe in vacations and using “summer” as a verb, help a brother out here. Watch a video on the making of the MelloShip below (try not to be too mesmerized by the ’70s wah-wah elevator music soundtrack).