Is the Nature of a Government Determined by Its Architecture?

US President Barack Obama delivers the State of the Union Address during a Joint Session of Congress at the US Capitol in Washington, DC, January 12, 2016. AFP PHOTO / SAUL LOEB / AFP / SAUL LOEB (Photo credit should read SAUL LOEB/AFP/Getty Images)
By Sean Cunningham 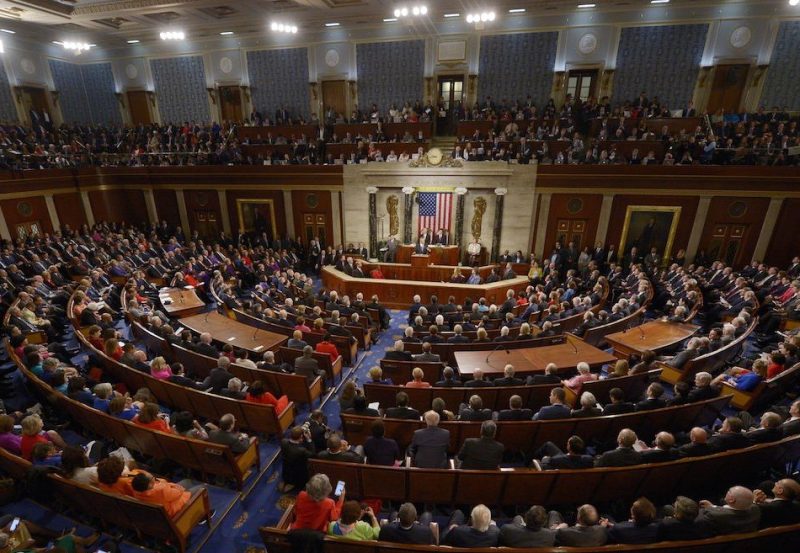 President Barack Obama delivers the State of the Union Address during a Joint Session of Congress at the US Capitol in Washington, D.C., January 12, 2016. Note the aisle physically dividing Congress. (Saul Loeb/AFP/Getty Images)

America’s Congress contains two parties, and there is a very distinct division between them. This is common knowledge to anyone who has checked the news in the last decade, but it’s something you could also probably guess just by glancing at Congress itself. After all, that aisle makes it very clear that there is a split: Democrats on one side, Republicans on the other. This leads to the question: Is their ideological isolation in any way predetermined by the physical rift?

The new book Parliament by Dutch architectural firm XML argues that there indeed is. (A not-so-outrageous conclusion considering neuroscience has demonstrated how buildings can shape our brains.) Not convinced? Consider another iconic seat of government: Britain’s House of Commons.

What would you expect from people occupying this space? Would you suspect there would be two groups split down the middle, surrounded by members of their own party, and that they’d be inclined to have each other’s backs and be primed for a showdown with those people opposite them? (Because if so you’re absolutely right, as anyone who’s watched “Prime Minister’s Questions” can verify.)

Indeed, the political terminology of many nations reflects this division, with “crossing the aisle” or “reaching across the aisle” to indicate a member of a party reaching out to the other side, suggesting a radical, noteworthy act, as opposed to something that occurs on a regular basis.

What can we do about it? Parliament doesn’t suggest a less isolating arrangement will magically fix all problems, but it does make a convincing case that it could lead to more interaction and, through that, improved relations between the parties. That said, don’t expect this to happen any time soon. XML found that regardless of the political system or the nature of the architecture used by a particular nation, lawmakers almost never adopted a new style of parliamentary seating as tradition trumped all (even one that might seem deeply flawed).

To get a copy of Parliament, click here. To read a further exploration of it, click here. Below, behold highlights of Prime Minister’s Questions, a face-off between Britain’s political parties that is generally much louder and more openly insulting than ours is (and perhaps as a result, far more fun to watch).