(Courtesy of Clara Lee)
By Will Levith

The 2015 blockbuster, The Martian, starring Matt Damon as an astronaut who gets left behind on the planet Mars, dramatized what a future might look like for humans on the Red Planet (hopefully, we don’t have to farm potatoes using our own fecal matter by then).

One Los Angeles–based company, Mars City Design, isn’t waiting around for science fiction to become fact. The brainchild of Vera Mulyani, who dreamed of becoming the first architect to tackle Mars, her firm has already taken steps towards designing the blueprint for sustainable cities on Mars.

Putting together a team of like-minded experts, Mars City Design has launched a competition for budding architects and designers to help bring this dream to fruition. With the 2017 contest entries period already underway, RealClearLife is providing you a look at three of the finalists from this year’s contest.

One of the finalists, architect Clara Lee,  provided RealClearLife with exclusive details about her project (“Mars Living Machine”), which she’s been working on since being named a finalist. Take a look at her fascinating work below.

Project Dandelion: Carnegie Mellon–trained architect Gabriel José Vidal Hallett launched “Project Dandelion” as a way to create sustainable housing on the Martian surface. Those black-and-white structures are autonomous habitats that use “regolith,” a Martian soil element, to provide sustainable sources of oxygen, water, energy, and nutrition to their inhabitants. The project’s other goal is to keep the “human psyche” intact, by providing structures that have both experiential and spatial qualities necessary for long term stays. For more on Project Dandelion, click here. 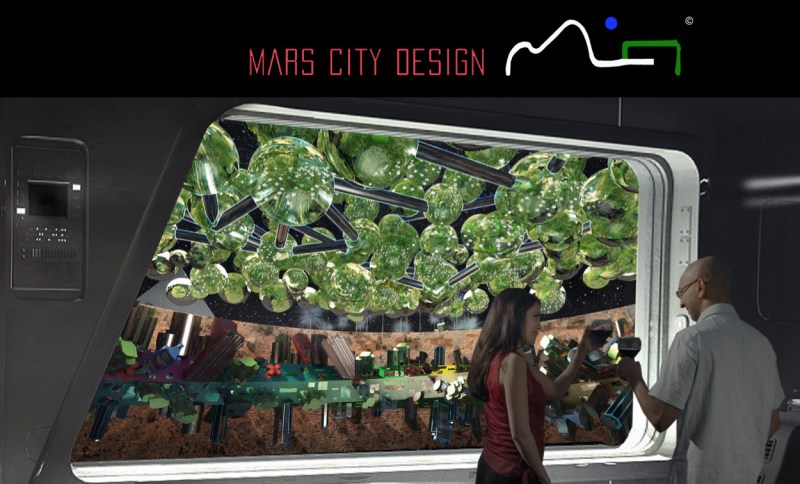 Mars Living Machine: Designed by architect Clara Lee, also a Carnegie Mellon graduate, the “Mars Living Machine” is meant to question the “most tangible aspects of how an extreme environment like Mars can shape architecture.” Says Lee of her design:

“Mars Living Machine suggests a speculative fantasy city composed of modular vessels and inflatable habitats that plug into a central infrastructural network of shared resources. Going against pure formalism, the culmination and interconnected relationship of the vessels are both an indication of the immense effort it takes to survive on Mars as well as a diagram of the loop of inputs and outputs to sustain the human body. The megastructure incorporates residences, transportation, and essential life support services.

The mechanic and industrial approach to exploring and colonizing Mars suggests a motile way of life and a liberation from the status quo of ultra-sterile containment in Mars’s hostile environment. The project recalls back to the age of exploration and the excitement that flourished throughout the Space Age, while tying it back to the growth of industry and production as a catalyst for the emergence of cities around the world. The project truly becomes a ‘machine for living’ in which all the processes that take place and connect one vessel to another serve a specific purpose that ultimately sustains human and plant life. Mars Living Machine embraces the danger and wonder that is inherent to space exploration and breaks down the traditional building hierarchies that exists in architecture by revealing and glorifying infrastructural elements.”

Take a look at her concept drawings below. 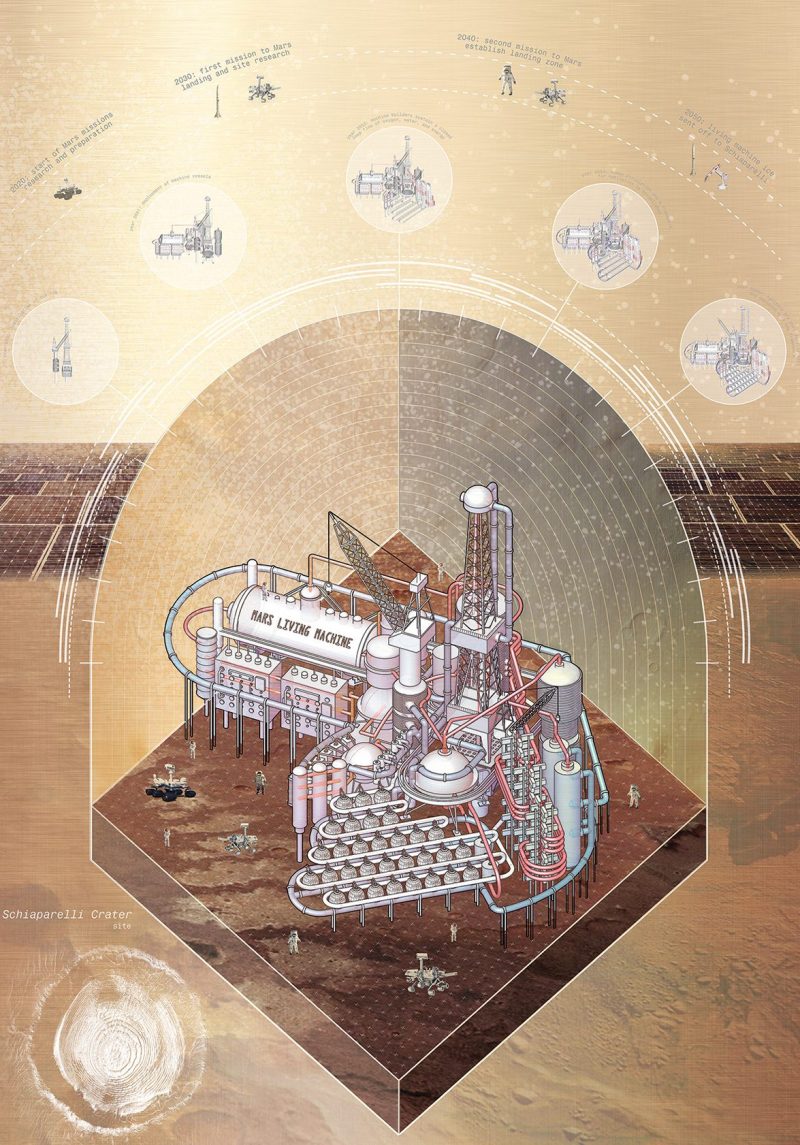 For more on Mars City Design, click here. To watch an informational video on the company, click below. —Will Levith, RealClearLife