Not your YMCA arts and crafts origami, friends 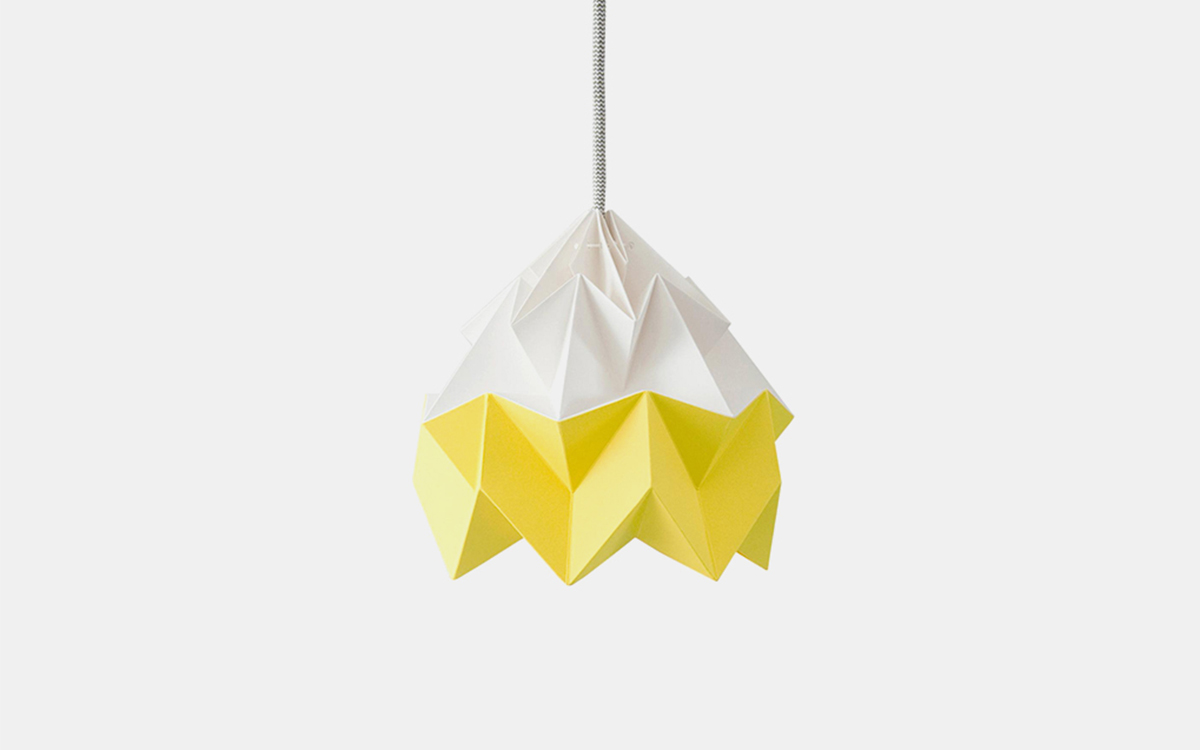 Despite the unfortunate name, Etsy isn’t all popsicle-stick sculptures and kitten sweaters. Enter: Debunking Etsy, a column profiling all the wonderfully talented craftsmen and women who use the site to peddle well-built, hard-wearing and handsome goods for your home and person.

After they graduated from school, Nellianna van den Baard and Kenneth Veenenbos delayed their job search, opting instead to spend three months in Australia. Once they came back to The Netherlands, Nellianna used her architecture degree to find placement in an office, and Kenneth levied his industrial design engineering studies into a shipyard job designing fast ferry catamarans.

Neither was happy. Their jobs involved creativity, sure, but lacked the level of freedom they’d hoped for. In 2010, the couple collaborated on an original lamp, designed from fabric, which they posted on Etsy and sold within a month to a B&B in New York. Later in the year, realizing at the last minute that they hadn’t come up with a birthday present for Nellianna’s dad, they bought him an online origami tutorial. He took to it, and began sharing the models he’d made. Almost unconsciously, their paper origami lampshade shop, nellianna, was born. And Etsy’s foremost (only?) engineering power couple has not looked back in the decade since.

Nellianna and Kenneth’s early lampshades took almost eight hours to make. They were done completely by hand and looked beautiful but proved exhausting and inefficient. Now, the couple uses a production technique called die cutting, which makes more reliable creases in the paper than those done by hand, and cuts the process down under two hours. Some lampshades can even be completed in 45 minutes.

To earn shapes of equal parts whimsy and sound construction, Nellianna and Kenneth use a high-quality paper that folds easily and pairs well with wood (which is often used in their construction). As a bonus, the paper also filters light in a muted, unassuming way. Which is paramount here. The shape and look of these fixtures — from the simple, curved Thistle to the beastly XXL Chestnut pendant— are more important than the light they give. This isn’t your YMCA arts and crafts origami, friends. The attention to detail is stunning, and a nellianna lampshade will offer undeniable verve to living rooms otherwise populated by hand-me-down furniture and IKEA perennials.

When shopping for your own, be sure to also pick up some LED bulbs; the shades were designed with these in mind, and you’ll get a softer light. We recommend perusing their full site here, so you can see the breadth of colorways available and make a decision that suits your space. In the meantime, look out for future projects from Nellianna and Kenneth. They’re looking for ways to introduce the Chestnut pendant as a metal structure with designer Marc de Groot, and might soon offer origami lampshades built from bent plywood.