Do We Really Need Drones With Frickin’ Machine Guns Attached to Their Heads?

Because someone's making them. And it ain't Dr. Evil.

The world right now, if you haven’t noticed, is a tense place.

And while we’re not ones to pile it on, we’d be remiss in our duties  to not bring to your attention that a U.S.-based robotics company says they’ve developed a gun-wielding drone that can carry firearms like semi-automatic rifles and grenades into combat. 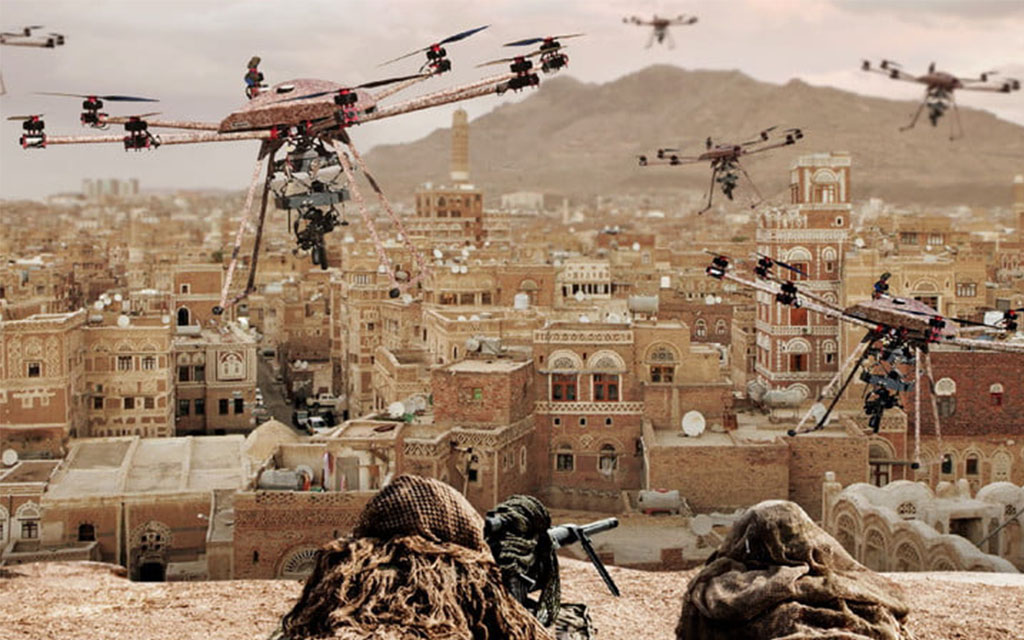 Developed by Duke Robotics, the purpose of the remote-controlled TIKAD octocopter drone is to keep troops from ever putting boots on the ground. “TIKAD allows governments to utilize completely new capabilities against terrorist groups and reduce the number of deployed ground troops, and therefore, the number of casualties,” Duke says.

Sounds good — until their proprietary tech falls into the wrong hands.

Granted, the idea of saving lives is a good one, but there’s just something unsettling about a drone dishing death by machine gun from 1,500 feet.

Don’t know about you, but think we saw that in a movie once.

Remembering the Odd Couple That Created "A Tradition Unlike Any Other"

Suddenly ’70s: The New Retro Influence Set to Dominate Popular Music
Why Do So Many Men With Big Penises Think They Have Small Ones?
Reddit Users Explain Why Jerry Seinfeld’s Apartment Building Literally Could Not Exist
The First Genesis SUV Is a Warning Shot to Other Luxury Haulers
Remembering the Odd Couple That Created "A Tradition Unlike Any Other"
The 25 Best Walk-Up Songs in Baseball History

The 25 Best Walk-Up Songs in Baseball History
Rock Photographer Greg Gaar Reflects on the Many Lives of San Francisco
What's So Special About Carrot-Fed Beef?
From 1 to 270 and Beyond: Which Nike Air Max Is Right for You?