Your Next Vacation Home Comes in a Box, and It’s a Looker

Having a best-in-class vacation home doesn’t need to be so hard.

All you need: a patch of land.

… and this legit glorious pre-fabricated home.

“Retreat in Finca Aguy” is the latest pre-fab home from Uruguayan-Brazilian architecture firm MAPA, which has made environmentally sensitive building concerns a cornerstone of its practice. Construction teams built the 1,200-square-foot retreat in the capital city of Montevideo as two separate pieces, which were trucked 120 miles to their destination — an olive grove in Pueblo Eden — and installed on two stone walls. Doing so minimized on-site expenses and disruption to the environment. 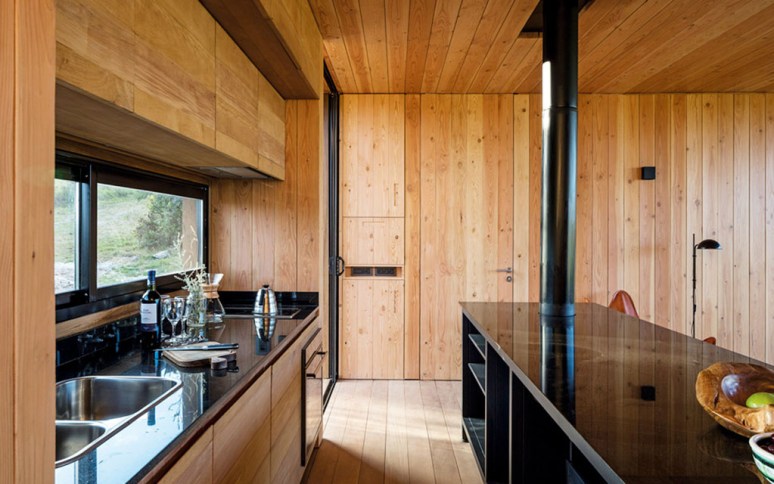 While pre-fab architecture still bears some flat-pack, IKEA-style stigma, MAPA’s retreat is a luxury product, in and out, with an expansive balcony, timber interiors and BoConcept furniture — with views to die/kill for.

Best of all? When the owners pick up sticks, they’ll leave the landscape as pristine as they found it: “reversibility” was a key concern, according to the architects. And that’s an idea worth exporting during an ever-more-throwaway cultural moment.