The 15 Best Gifts for Your Holiday Party Host

Sure, bring booze. But bring something else as well. 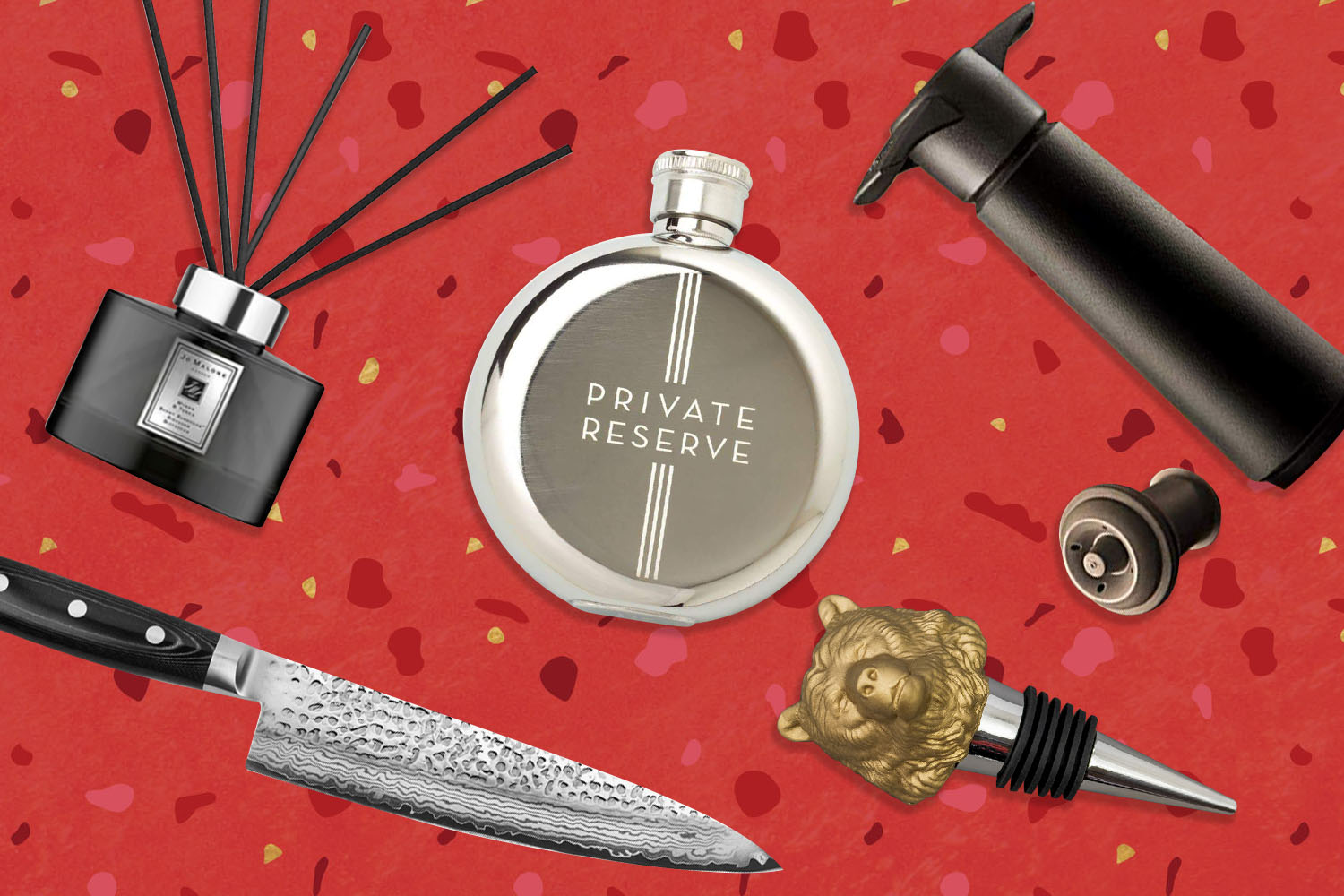 When attending a holiday party, it’s never a bad idea to bring some hooch. However, it’s also not particularly memorable — a real gifting pro knows to show up with an item that will be a) useful during the party and b) appreciated by the host long after the party has ended.

To assist you on your quest to elicit a “oh, that’s so thoughtful of you!” as often as humanly possible this season, we’ve compiled a collection of just such items — from handy wine gewgaws to party games to the most outlandish coasters we’ve ever come across.

But yes, you should also bring some hooch.

Hosting a party, while fun, is also stressful. Party guest power move? Upon entry, hand the host a bottle of real top shelf hooch that has obviously been opened. When the host inevitably comments on this (or there is an awkward silence when you can tell he/she wants to but is too polite to do so), slyly pass them this cheeky steel flask that you’ve filled from the bottle. The two of you can sneak nips from the “private reserve” all night long, and later it’ll make a nice addition to the bar cart.

A candle is … not a great gift. It’s not a bad gift, it’s just a little too standard to really have the sort of impact you’re looking for. Now a diffuser, on the other hand, totally different story — you don’t see them around nearly as often, and thus it not only makes the place smell terrific (seriously, the folks at Jo Malone have this down to a literal science), but it also makes for a nice design-y conversation piece. Win win.

Blue Q “Food Has Weed” in It Dish Towel

A dish towel is the sort of thing that you can never really have too many of, but no one thinks to buy for him/herself, and thus it makes for a very good low-key host gift. Provided, of course, that it says something hilarious on it. Don’t just show up with a plain towel. That would be lame. Ultimate pro move? Bringing some weed along with the towel.

You know what sucks at a party? Going to pick up your glass of wine and realizing it’s sitting next to four identical glasses of wine. Help your host help their guests avoid this unfortunate scenario with these charming little, er, charms — a tiny idol for each guest’s glass, and no more wondering whose is whose.

You know what else sucks at a party? An open bottle of wine sitting there with the cork sticking out like some hobo’s private boxcar stash. Help your host avoid this dilemma as well with a regal golden bear instead. No “cab-bear-net” jokes though — that ain’t what’s up.

You know what else sucks at a party? Not even getting to use that handsome bear because jackass Dave can’t use a corkscrew properly and broke the damn thing off in the bottle again trying to open it. No more with the Rebbit, which is basically the exact same thing as the original Rabbit only for about half the price and actually more favorably reviewed on Amazon.

You know what— ok ok, you get where we’re going here. Seriously though, when the party’s through and the host has a bunch of half-finished bottles, what are they supposed to do? Pour ’em out? Slug ’em down like the aforementioned boxcar hobo? Nay, we say — with your assistance, they’ll be pumping the air out of those bottles and then finishing them at a reasonable, non-hobo pace.

Here’s a fun game: don’t even tell your host that you brought these functional art coasters by Israeli artist Nir Hod. Just start leaving them out on various surfaces, grab yourself a drink, and wait for the fun to begin.

Your correspondent has given this exact same knife to probably fifteen different people for almost every occasion — birthday, housewarming, wedding, bar-mitzvah, whatever. And while I have no way of proving this, I’d swear that every one of them later reached out to say what a welcome addition it was to their kitchen. No one is mad at a handsome, well-made Japanese chef’s knife. Not even people who own one already.

Here’s what you do: show up with these idiot-proof spherical ice molds and immediately fill them and stick ’em in the freezer. By mid party, you and the host are enjoying a Manhattan in high style. People comment on it. You look like a hero. Everybody wins.

Snapping party pics on your phone is all well and good, but it’s not particularly fun. Much better to document the revelry with some true throwback analog flair and give your fellow guests something to take home and remember it by. This bundle comes with the camera, film, batteries … all you need to do is load it up and start snapping.

This is basically the elevated version of the flask trick above, to be utilized for party hosts you really care about or are particularly keen to impress. As for what whiskey to fill it with, might we suggest this stuff right here?

Feel like playing party mixologist? From the team behind NYC’s twice-awarded “Best Bar in the World,” Mayhem isn’t just an impressive collection of cocktail recipes or the story of the world’s most beloved watering hole. It’s also an actual, comic-book-styled story, one shaped by real New York history. Useful at the party + a handsome leave-behind = excellent host gift.

The Game of Things

Everyone’s always yammering on about Cards Against Humanity, but in our humble opinion it doesn’t really allow for much creativity. The Game of Things is a great alternative, in which players write their own responses to prompts like “things I wouldn’t do for a million dollars.” Best played after a few rounds of drinks.

Most people think to bring booze, but almost no one thinks to bring mixers. This set from Casamigos has you covered on the tequila tip (naturally), with four different delicious and dead-simple options — all you need to do is add the hooch and some ice. 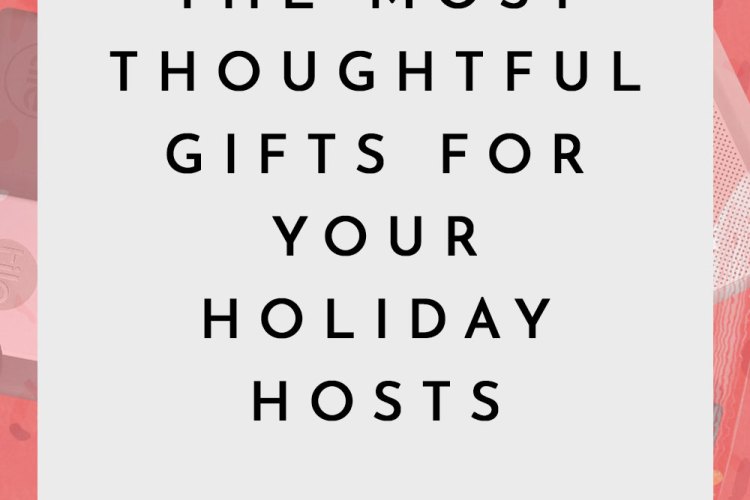