Perfect for a wall patch near you 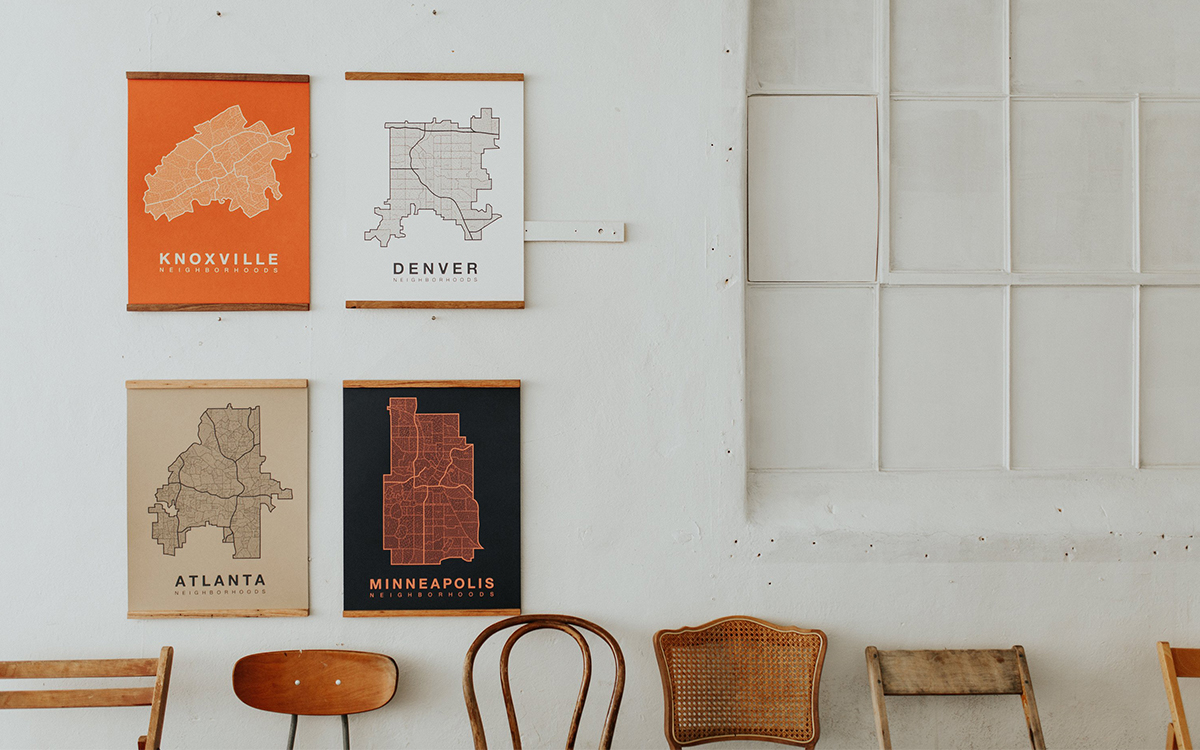 Despite the unfortunate name, Etsy isn’t all popsicle-stick sculptures and kitten sweaters. Enter: Debunking Etsy, a bimonthly column profiling all the wonderfully talented craftsmen who use the site to peddle well-built, hard-wearing and handsome goods for your home and person.

Artwork made to celebrate hometown pride generally doesn’t care much for subtlety.

It subscribes to the most sacred commandments of our nation’s airport shops: A) double down on local clichés, B) treasure over-touristed landmarks, and C) use lots of exclamation points along the way. That’s all well and good on a $12 T-shirt, but the blank walls and empty mantles of your home deserve better.

One craftsman making your selection process easier is David Harman, founder of Native Maps. Harman’s design studio hand-prints 25 different American cities at its studio in Knoxville, Tennessee, and each capably adds a dose of local love to your living room without looking like you hired the Hard Rock Cafe’s interior designer.

Unsurprisingly, it takes a lot of work to look that good. Introducing a new city to the line-up can takes a full month. Harman’s team works with a team of experts in each city to make sure every intersection, river bend and border line is precise before burning screens and sending the design to printing. Only 75 maps are printed at a time, which can take up to two hours.

Harman originally came up with the idea after moving to Dallas. He’d grown up in the ‘burbs, and traveled on the periphery of the city as a child, but only once he’d moved in and began biking his way through side streets and small neighborhoods did he begin considering the exact lines of his hometown.

Now Native Maps offers a bevy of city prints, from Atlanta to San Francisco, and that list will continue to grow. (You can actually vote on the next city here, in case you don’t find your hometown.) They come in seven different color schemes, as seen above, and are uncommonly affordable for the quality: $35 for a 16×20 and $40 for 18×24. All the better, because you’ll want to seriously consider an additional purchase.

The shop also sells minimalist slat hangers made of reclaimed wood from East Tennessee. You can’t go wrong with a frame (which Native Maps also sells, made from upcycled wood), but the slats look unbeatable on the wall.

See the full supply of prints here, stay tuned for news from the shop on smaller prints and postcards, and save your money at the airport for pretzels and duty-free booze.