Design firms everywhere are teasing plans, but are any legit?

When the modern supervillain goes about appointing his pad, there are several design questions to consider.

Shark tank or lasers? One helipad or two? Should I go solar?

What is never in question is whether the lair should be built into the side of a cliff — the answer is always “Yes.”

And to the delight of tragically misunderstood and facially scarred gents everywhere, designs for said cliffside homes have been cropping up with increasing frequency over the last couple years. Here’s a look at a quartet of them, along with our best guess as to when an aspiring mad genius will be able to call each home.

Image via Open Platform for Architecture

The Netherlands-based Open Platform for Architecture has announced that its latest project — a prefab concrete construction concept designed to be a “continuation of the Aegean Sea” and serve as a “poetic homage to pure Brutalism” — will be built in Beirut. The 1,938-square-foot design calls for a large glass façade, glazed bottom swimming pool, mirror-covered walls and a guest room. Bring your own shackles.

We’ll see it when … President Trump/Clinton/Sanders is gearing up for re-election.

From designer Alex Hogrefe of “architecture visualization” studio Design Distill comes a futuristic lair with all the trimmings. The focus of Hogrefe’s concept hideout is on the surrounding environment and terrain rather than the building itself, as displayed by a rendering that presents a simple structure made of concrete, metal and glass. 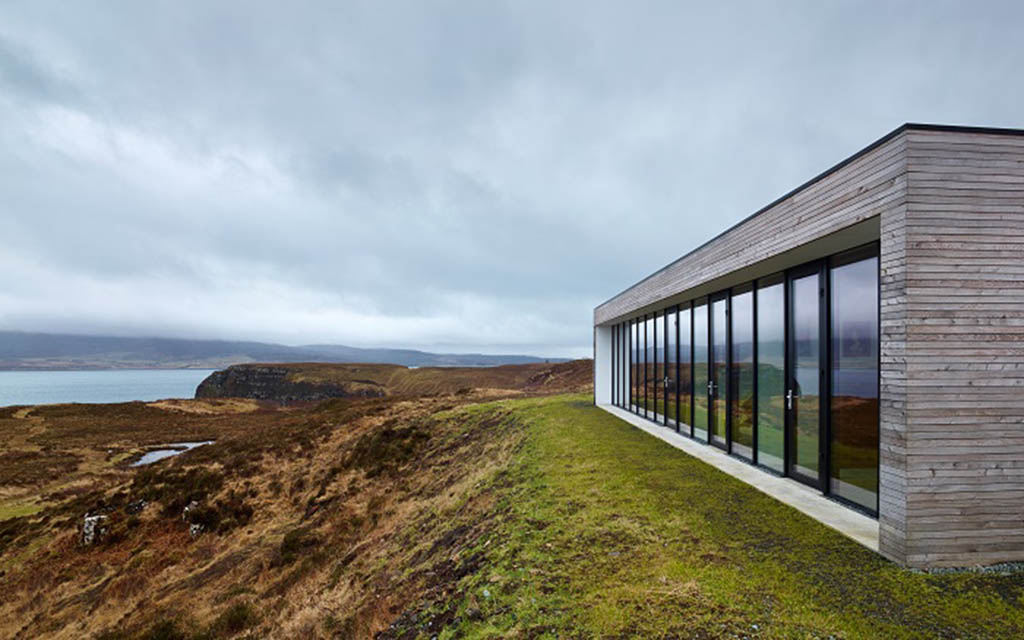 A Galtrigall planning board gave consent for this two-bedroom home under the stipulation that it be constructed from natural materials and employ a low-lying design, so that’s exactly what the team at Dualchas Architects did: they used materials like Caithness stone and Scottish larch to build the modern, minimalist, single-floor dwelling. What it lacks in the guileful discretion of the other homes on this list, it makes up for in being an actual livable structure. The home even won a slew of architecture awards upon completion in 2014.

We’ll see it when … You can go see it right now if you’re an especially skilled trespasser or ask the owners nicely.

Designed by Australian firm Modscape, this three-bedroom prefab house offers four floors of space and “transcendent views of the ocean” from the coastline of Victoria. The concept home — inspired by the way barnacles cling to the hull of a ship — could feasibly be supported by cantilever beams drilled into rock or a series of specially engineered steel pins.

We’ll see it when … Someone wins whatever the Australian equivalent of Powerball is.