Only on RCL: The Real Reason the Cursed Cubs Lost the '45 Series 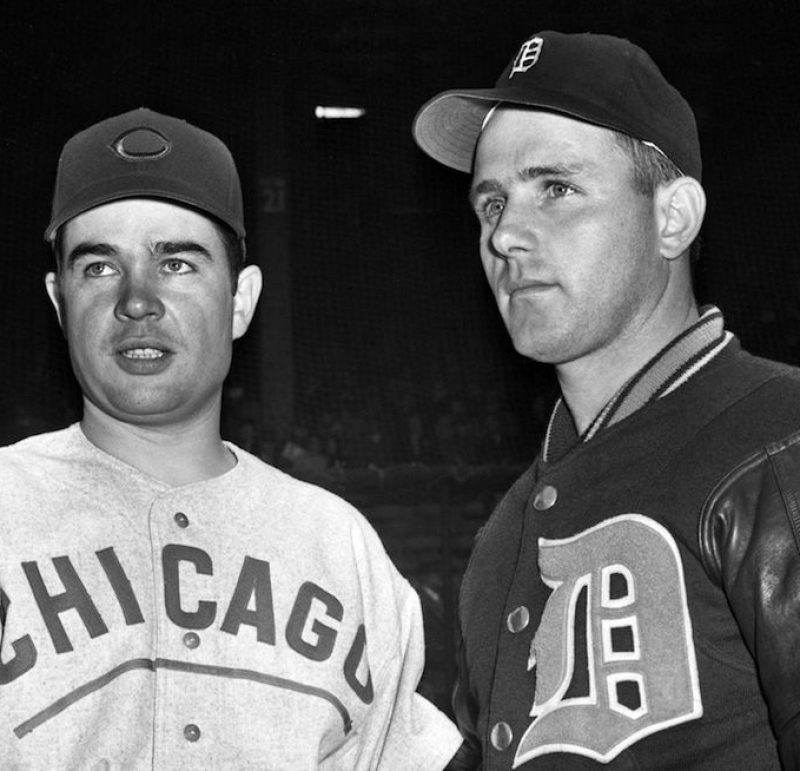 Hank Wyse (left), of the Cubs, and Virgil Trucks, of Detroit, shake hands before the second World Series game, in which they took the mounds for their respective teams. Hank was yanked for a pinch-hitter in the seventh, but Virgil stayed all the way to ring up a 4-1 victory for Detroit. (Getty)

Chicago has finally broken the Billy Goat’s Curse—which we discussed quite a bit here—reaching the World Series for the first time since 1945. While they lost in ’45, the Cubs had won 98 games that season and even pushed the Series to seven games, making their future seem promising.

It was decidedly not, as the Cubs won 16 games fewer in 1946 and then entered arguably the worst chapter in the team’s frequently grim history.

This is a quick look at how the Cubs, in a development bizarre even by their star-crossed standards, wound up falling apart in large part thanks to America winning World War II, then as a result of baseball’s integration. 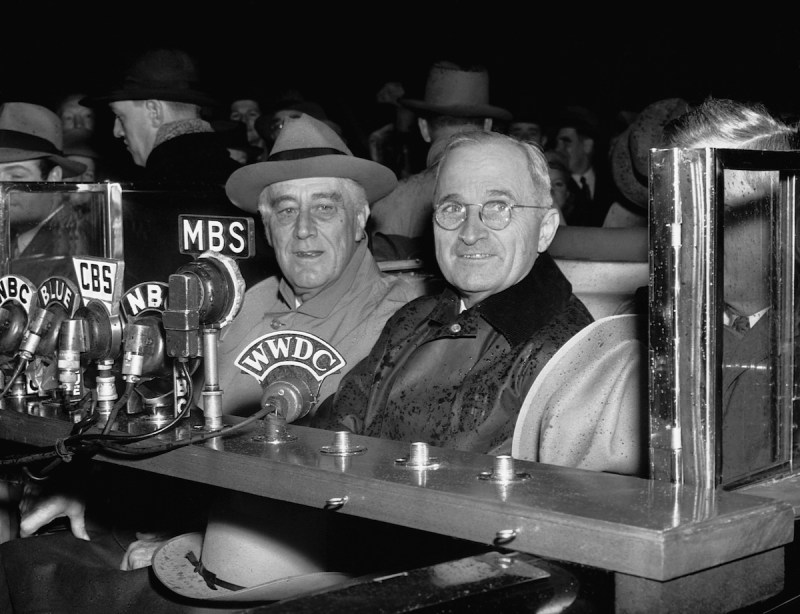 World War II had finally ended just a month before the 1945 World Series (Japan surrendered on Sept. 2 and the Series started on Oct. 3). The result was that baseball players were being returned to civilian life, where they could resume their careers. These included elite talents like “Hammerin’” Hank Greenberg. Having served since 1941, the future Hall of Famer at last rejoined the Detroit Tigers midway through the 1945 season, allowing him to play in the World Series and strafe the Cubbies with a .304 average, two home runs, seven runs, and seven RBI.

The next season, baseball was a very different game, and Chicago realized the stars of 1945 were the also-rans of 1946.

Then in 1947, baseball went through another transformation, with the arrival of Jackie Robinson and the breaking of the sport’s color barrier. While by no means baseball’s worst franchise—it took the Red Sox until 1959 to sign an African-American player—the Cubs hardly exploded into action, waiting until 1953 to integrate the team with the addition of the future Hall of Famer “Mr. Cub” Ernie Banks. 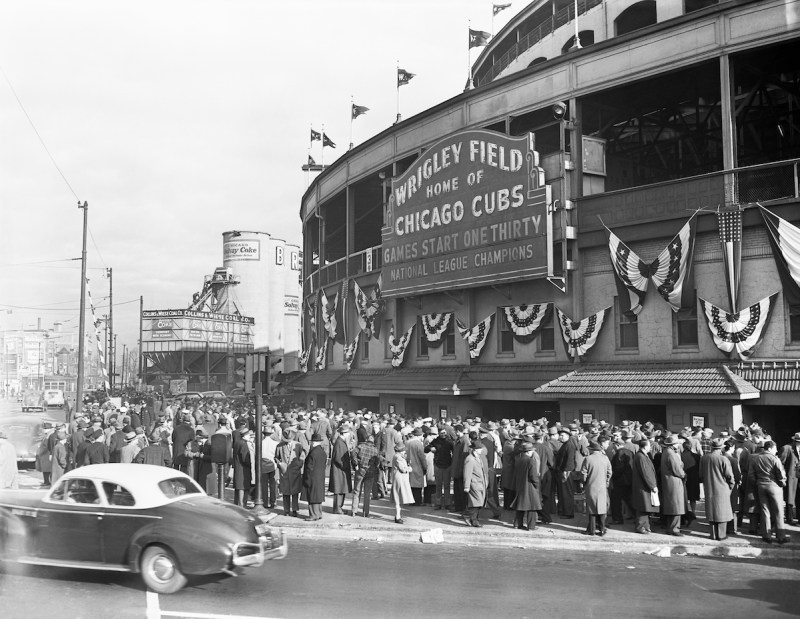 Crowds of sports fans mill around the Wrigley Field Box Office where reserved seats for the final Tigers-Cubs World Series meet went on sale at 8 am, October 9th. Lines started forming at around 6 pm on the preceding day. (Getty)
Bettmann Archive

Blindsided by the end of the war and then failing to take advantage of an influx of new talent, the Cubs entered one of the worst stretches in baseball history, unable to post a winning record from 1947 to 1962.

Of course, now Cubs fans can forget all this and focus on a World Series that will either bring them their first title since 1908 or Cleveland their first since 1948, ensuring that at least one long-suffering fan base will soon be in a lot less pain. 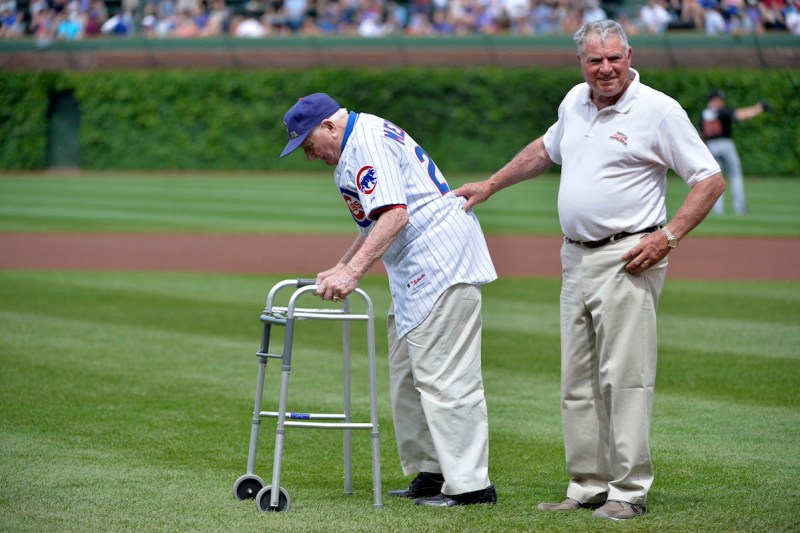