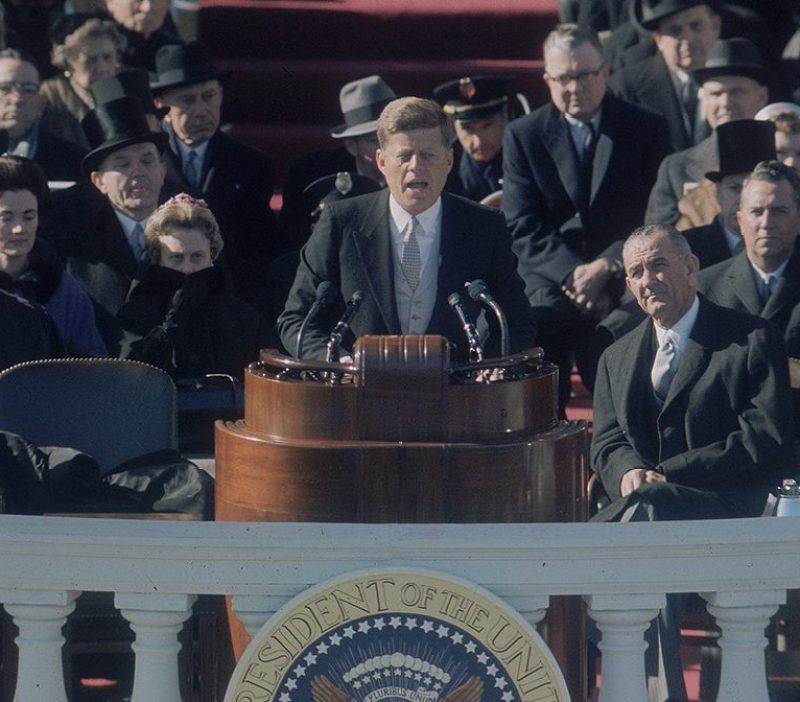 On Friday, January 20, 2017, a new U.S. president will be sworn in on Inauguration Day. Will it be President Donald Trump or President Hillary Clinton? That’s up to you to decide—literally.

You’ll have to wait more than two full months after Election Day to see it happen in real time—but it’ll be well worth the wait. Inauguration Day is one of the most iconic, uniquely American spectacles, one during which it’s often bitterly cold and everyone who is anyone in American politics is in attendance.

Now, try to imagine that exact date—but in 1961. The world was a decidedly different place. This was long before the glimmer of an idea of an African-American president or female presidential nominee were anywhere near the national conversation. The Civil Rights Movement was just reaching its apex. The Women’s Liberation Movement wouldn’t happen for another several years. The Beatles were still unknowns, even in England.

But yet, in the previous year America—the world, really—had gotten to know a young, handsome, charismatic U.S. senator from Massachusetts, John Fitzgerald Kennedy. And he won over the nation and most importantly, its vote. On that day, January 20, 1961, JFK was inaugurated as the 35th president of the United States.

Here’s a portion of his inauguration speech that might be familiar to you (read the full speech here):

“In the long history of the world, only a few generations have been granted the role of defending freedom in its hour of maximum danger. I do not shrink from this responsibility—I welcome it. I do not believe that any of us would exchange places with any other people or any other generation. The energy, the faith, the devotion which we bring to this endeavor will light our country and all who serve it—and the glow from that fire can truly light the world.

Now that technology has allowed us to broadcast ourselves live on our smartphones and document pretty much everything else in real time, it makes you wonder what a day like that in 1961 actually looked like in living color.

Well, we have a treat for you: Below, find an audio-less video from the United States’ National Archives of JFK’s inauguration day in full color. It’s worth watching the entire 4:30 video, but some highlights include: JFK being sworn in (1:55); Kennedy’s entrance to the podium before his speech (2:24); him smiling and shaking a man’s hand on the way back (3:08); Jackie Kennedy’s entrance (4:06); and the camera panning out to the crowd (4:19). (This triumphant footage, of course, is all in stark contrast to his assassination in Dallas, Texas, on November 22, 1963, less than three years later.)