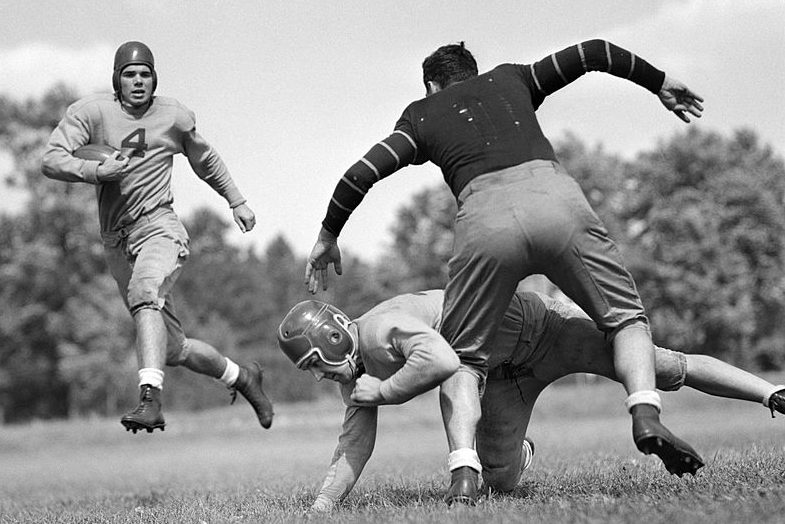 The NFL started its 2016-2017 season earlier this month and renewed concerns about player safety (especially regarding concussions) followed suit. Today, safety equipment is engineered and tested with full scientific rigor before it can be approved for field use, but this wasn’t always the case. As this video of an original American football helmet test demonstrates, the rules used to be a lot looser.

Filmed in 1932, the video opens with the padded helmet’s inventor describing its benefits, and predicting that it will “rid the game of fatalities” more so than previous leather designs. In the testing portion of the video, the inventor puts on the helmet and gets kicked repeatedly in the head, then struck with a club, and finally runs headfirst into a brick wall.

Not only is the test more dangerous than anything sports medicine would allow today, the casual attitudes exhibited capture the sentiment of a different era. Today’s NFL probably wouldn’t laugh off potential head trauma and shout “right in the old bean!” upon witnessing it.