Unearthing a Fiery Assassination in D.C. on Its 40th Anniversary

Firemen remove victims from a car shattered by a bomb blast on Embassy Row in Washington, D.C. Sept. 21, 1976. Orlando Letelier, former Chilean ambassador to the U.S., and Ronne Karpen Moffitt, his aide, were both killed in the blast. (AP Photo)
By Matthew Reitman 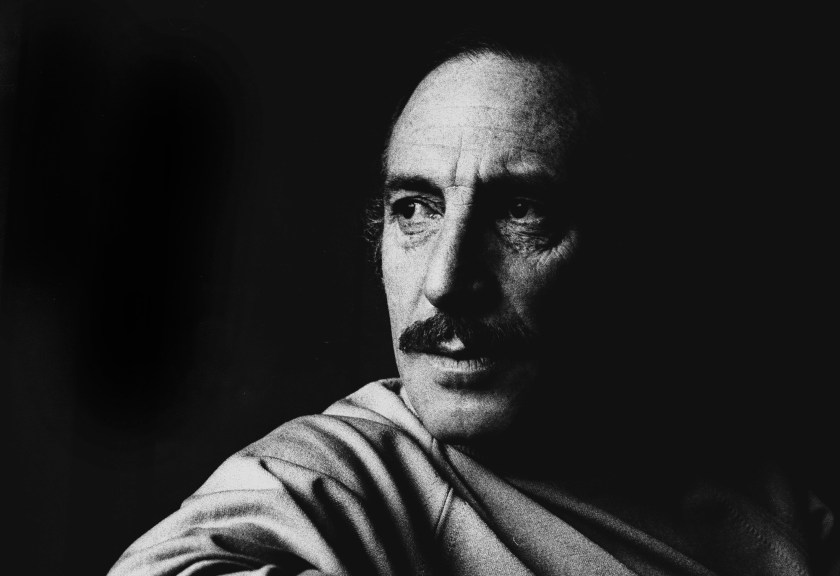 Forty years ago this week, a car bomb exploded in the heart of Washington, D.C., on Embassy Row, killing a Chilean dignitary. The fiery explosion rattled the nation’s capital and took many U.S. officials by surprise. Most refused to believe that a foreign government would have the gall to carry out an assassination on its doorstep. Then again, the regime suspected of carrying out the hit was known for eliminating its opposition by any means necessary.

The target of the 1976 assassination was Orlando Letelier, an exiled Chilean government minister and former ambassador to the United States. In addition to Letelier, Ronni Moffitt, an American co-worker, was killed. Moffitt’s husband, Michael, miraculously survived the blast despite being in the backseat when the bomb went off. Unbelievably, all of this occurred just miles from the White House. 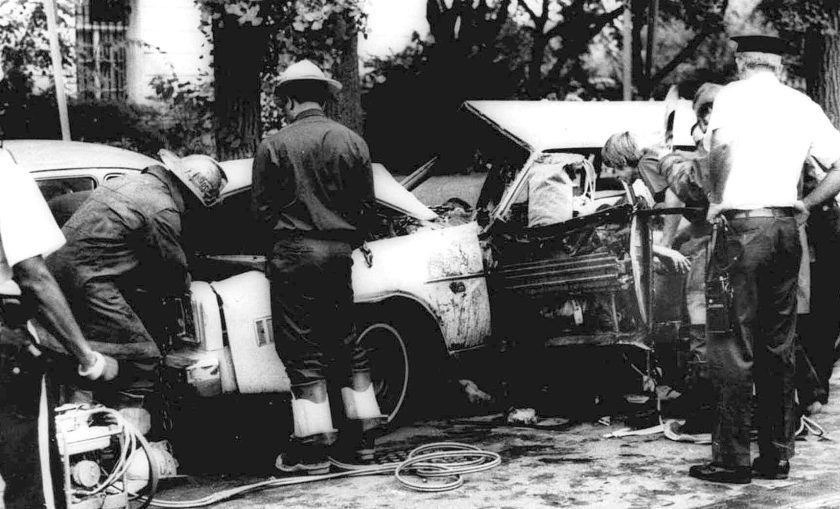 Firemen remove victims from a car shattered by a bomb blast on Embassy Row in Washington, D.C. Sept. 21, 1976. Orlando Letelier, former Chilean ambassador to the U.S., and Ronne Karpen Moffitt, his aide, were both killed in the blast. (AP Photo) 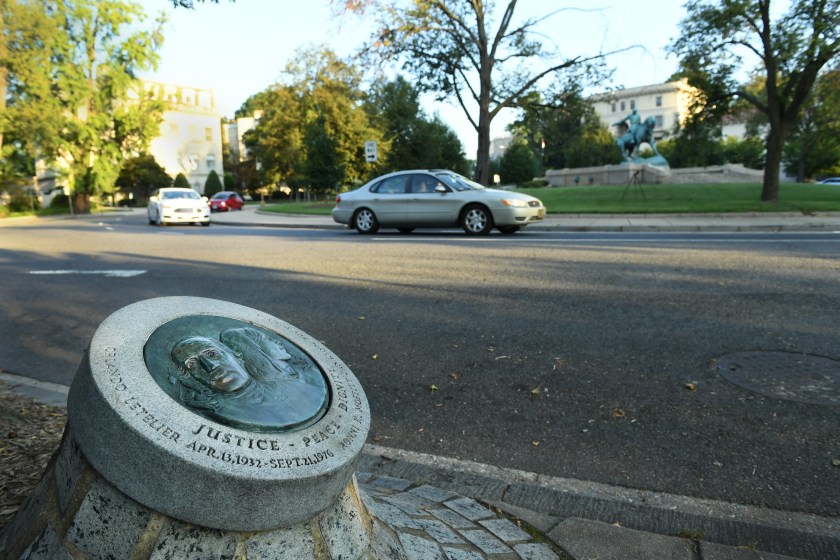 View of a memorial to Orlando Letelier and his colleague Ronni Moffitt who were killed at this very spot (in front of white building on Sheridan Circle) by a car bomb in 1976 in Washington, D.C. on August 27, 2016. (Linda Davidson / The Washington Post via Getty Images)
The Washington Post/Getty Images

After holding various ministerial positions for Chilean president Salvador Allende (a socialist), Letelier was, unsurprisingly, one of the first to be arrested in the 1973 coup that put Augusto Pinochet in power—one that was, ironically, supported by the United States in its fight against communism. Following a year in prison, Letelier fled to the United States where he joined a think tank before becoming an outspoken critic of Pinochet’s policies.

The exiled government official quickly transitioned from human rights champion to leader of the Chilean resistance, fundraising the exiled opposition and condemning the United States’ involvement in Latin America. When Letelier was assassinated in ’76, investigators had many reasons to suspect the long arm of Pinochet’s secret police.

“Within two days of the bombing, an informant named Ricardo Morales told the FBI that he knew who was responsible for the killings. It was two Cuban brothers, he said—Guillermo and Ignacio Novo—living in Union City, New Jersey. Both were well-known anti-Castro militants, and both believed themselves to be—and were anxious to be considered—part of a much larger fight against communism that extended through all of Latin America and, indeed, in their minds, across the globe. When asked where his information came from, Morales, a high-ranking member of Venezuela’s intelligence services, said that he learned about the Novos from Dr. Orlando Bosch, an infamous anti-Castro terrorist, federal fugitive, and trained pediatrician also living in Venezuela. Morales, himself a committed anti-Castro militant, was a profoundly shrewd operator, at various times informing for the CIA, FBI, DEA, and Miami Police Department, all the while working for the Venezuelan intelligence agency, known as DISIP.”

Dorfman paints a picture of how convulated the investigation became with all the various government agencies involved, of which some had competing interests. What followed was a litany of finger-pointing and “he-said, she-said.” 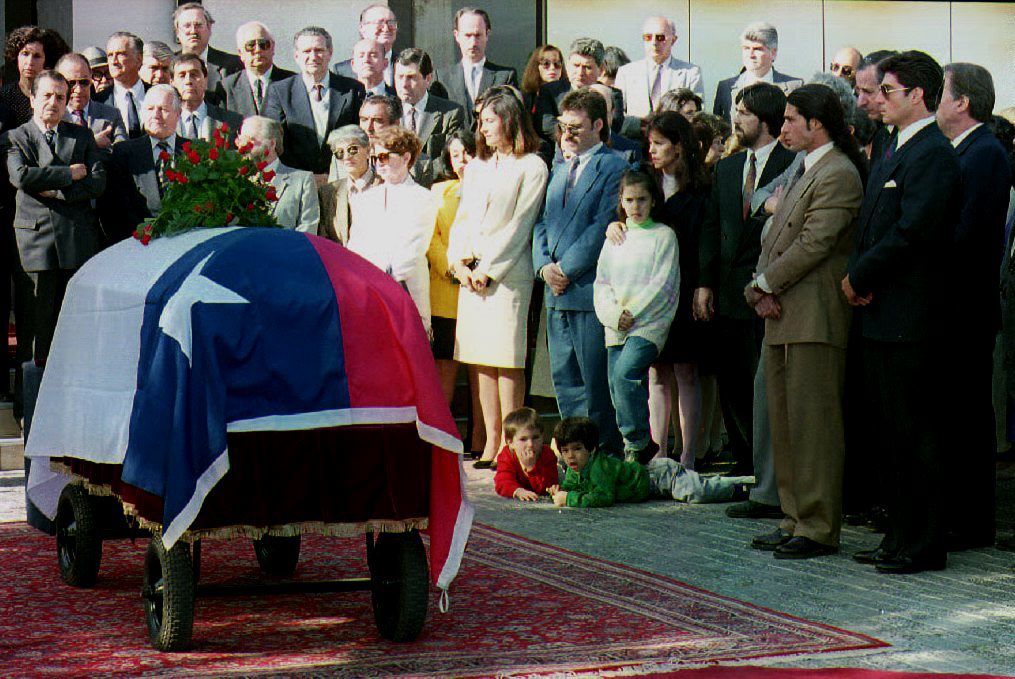 Firemen remove victims from a car shattered by a bomb blast on Embassy Row in Washington, D.C. Sept. 21, 1976. Orlando Letelier, former Chilean ambassador to the U.S., and Ronne Karpen Moffitt, his aide, were both killed in the blast. (AP Photo)

Justice was staggered and delayed. Several were convicted in D.C. in 1979, while the former head of DINA, the Chilean secret police, was convicted in the early ’90s. Letelier himself didn’t receive a proper burial until ’92. However, the full story wasn’t revealed (or acknowledged as such) until the Obama administration declassified CIA documents last year. In the end, the secret memo directly implicated Pinochet in the assassination.