On Anniversary of Three Mile Island Crisis, a Look at Times We Came Even Closer to Nuclear Disaster 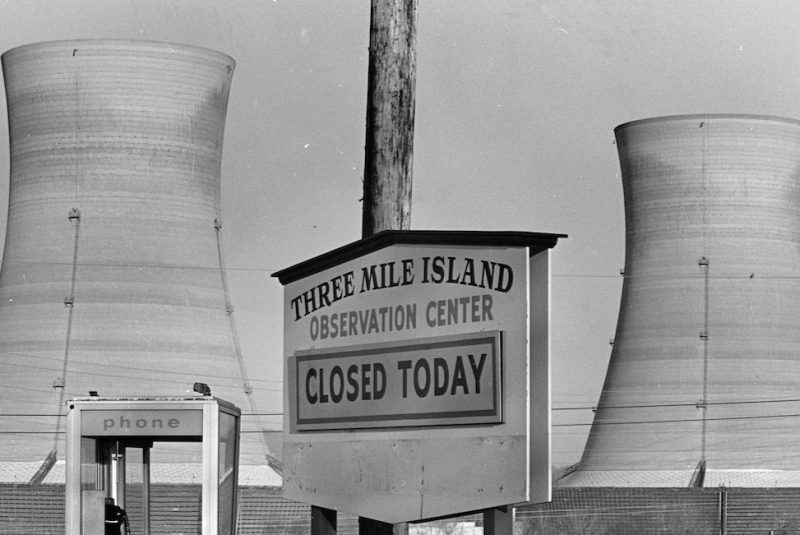 The Three Mile Island nuclear plant in Pennsylvania, following an accident on March 28, 1979. A pump failed in the reactor cooling system, shutting down the plant and threatening a nuclear meltdown. (Owen Franken/Corbis via Getty Images)

The Three Mile Island reactor near Middletown, Pennsylvania partially melted down on March 28, 1979—leaving Americans traumatized well beyond the boundaries of the potential fallout zone.

On its anniversary, here are five occasions the planet came unnervingly close to an even larger nuclear disaster:

Four times more casualties than Chernobyl. The 1986 Chernobyl Nuclear Power Plant disaster in the Ukraine horrified the world. (Though the area has since reemerged as a macabre tourist attraction.) It has recently been learned, however, that the Soviet Union experienced a 1956 incident that was even more severe in terms of casualties. The fallout from a nuclear weapons test at Semipalatinsk in Kazakhstan engulfed the industrial city of Ust-Kamenogorsk, and newly revealed reports show that local soil and food were severely contaminated. Indeed, 638 people were “hospitalized with radiation poisoning”—compared to the less than 150 hospitalized after Chernobyl. The Soviet Union, though, was extremely secretive about the disaster (and many other things), destroying records. The result: we do not know how many of these people actually died nor if other victims weren’t logged.

One vote from nuclear war. The Cuban Missile Crisis put the planet on edge, but the public had no idea just how close apocalypse was. In 1962, U.S. Navy ships located a Soviet sub off Cuba. They dropped depth charges to force it to the surface. That submarine was armed with a nuclear torpedo… and too deep to be able to make radio communications with other Soviet vessels. Two of the ship’s three top officers were convinced the world was at war and they were compelled to launch the torpedo. First officer Vasili Arkhipov voted no, however, stopping the launch, and convinced the others the sub should surface. His decision dodged a nuclear showdown by the narrowest of margins.

America’s nuclear nightmare. The scariest facet of Three Mile Island remains the discovery of how one small malfunction can have massive consequences. In this case, the problem was a valve failing to shut, even though instruments indicated it had, triggering a core meltdown and terrifying 500,000 nearby residents. The crisis lasted from March 28 to April 1, when experts determined the containment had held and President Jimmy Carter deemed it safe enough to visit in person. Disaster averted, Saturday Night Live put on a sketch called “The Amazing Colossal President” (in which President Jimmy Carter is exposed to nuclear radiation and grows to be at least 90 feet tall), which was co-written by future U.S. Senator Al Franken.

One Soviet saves the world (again). On September 26, 1983, duty officer Stanislav Petrov declined to report an apparent missile attack from the United States to his superiors, blaming it on a system error. Then, agonizingly, he had to wait to be proven correct. It proved the correct call, averting a nuclear war. In return for saving the world, Petrov was reprimanded for failing to fill out his logbook correctly. Petrov has since stated he suspects if another officer had been on duty, the reported attack would have been accepted at face value, protocol would have been followed… and history would have turned out differently. Assuming we still had history afterwards.

Disaster on disaster on disaster. In what may have been the most alarming nuclear disaster to date, an earthquake measuring 9.0 on the Richter Scale triggered a massive tsunami which hit Japan’s Fukushima Daiichi Nuclear Power Plant. The 2011 natural disaster left more than 22,000 people dead or missing. Deaths confirmed from Fukushima radiation to date? Zero. But the meltdown and leak required an evacuation by everyone within 12 miles of the site, including hospitals. Fixing nuclear reactors—which rely on cooling water to avoid meltdown—after they’ve abruptly been flooded by seawater is as nightmarish and unprecedented a challenge as engineers are likely to ever encounter.

To date, only the Fukushima and the Chernobyl crises have reached a seven on the International Nuclear Event Scale (INES). Fingers crossed we don’t add anything to the list.