Annie and her barrel (Library of Congress)
By David Kiefaber 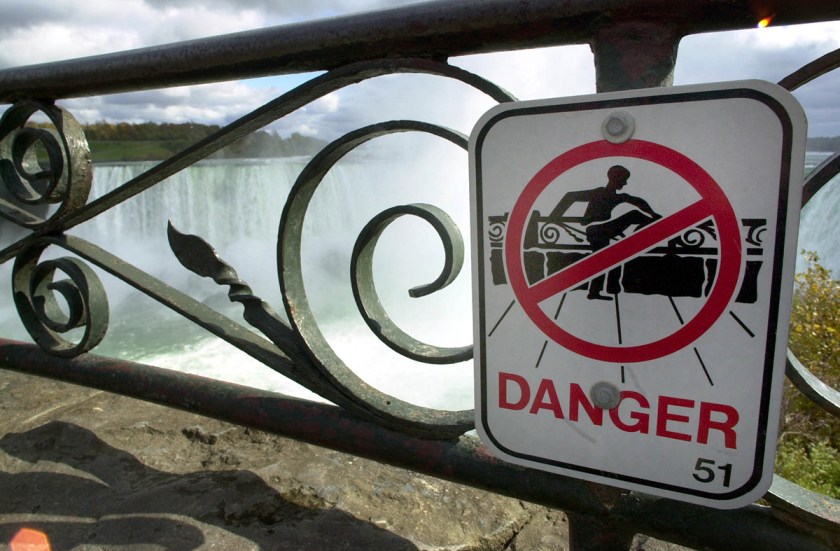 Niagara Falls is the Iguazu of North America—a natural wonder by any stretch of the imagination. Perched on the U.S.-Canadian border, 750,000 gallons of water tumble over it each second and tens of millions of visitors pose for pictures or extend selfie sticks in front of it yearly.

And while its serenity, beauty, and power may be the first things that strike you about the falls when you peek over the ledge for the first time, the second thing is likely, “I wonder if anyone’s ever survived a fall down it.” That might be because you’ve seen Superman II too many times—or it could be because you know your history. Because as long as there have been wonders of nature, there have been people willing to try to conquer them. And over time, those people associated with these death-defying acts of bravery have been men like Harry Houdini, Evel Knievel, Jackie Chan, the cast of Jackass, and most recently, Eddie Braun.

That fact makes the following story that much more amazing. Here’s the rather unlikely tale of 63-year-old schoolteacher, Annie Edson Taylor, a wooden pickle barrel and one of the greatest historical firsts for a woman. (Here’s looking at you, Hillary Clinton.) 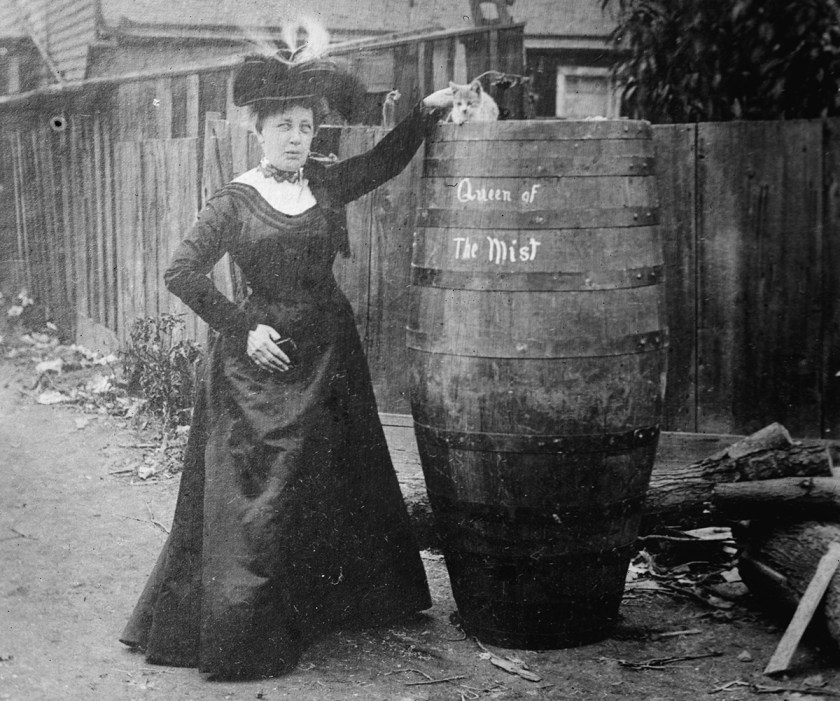 According to the Buffalo News, in October 1901, Taylor was heading toward retirement with little to her name, so she decided to manufacture her own fortune by attempting a feat no woman or man had dared yet try: launching herself over Niagara Falls in a barrel. (Per the newspaper, Taylor wasn’t the first to perform a feat of daredevilishness in the area; back in 1829, a man successfully survived a jump of 85 feet into the falls from a wooden platform.) 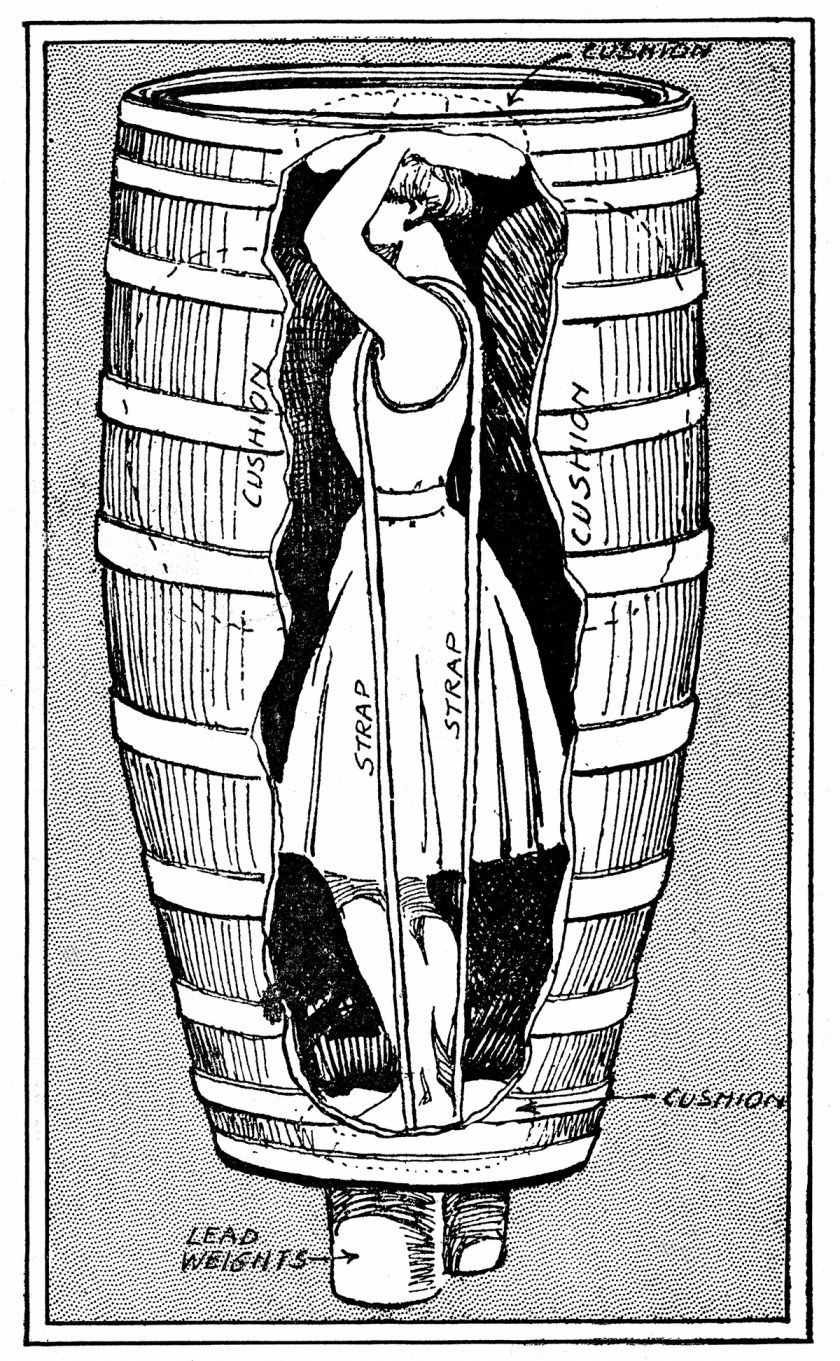 Diagram of Annie Edson Taylor in the barrel in which she plunged over Niagara Falls. (Photo12/UIG via Getty Images)

Her medium of travel was a converted pickle barrel, outfitted with just a leather seat belt, air hole, and some padding. After being towed by a boat and deposited into the Niagara River’s rapids, Taylor’s pickle barrel joyride paused for a 170-foot plunge, and then just 20 minutes later, she emerged, alive, at the base of Horseshoe Falls. She famously quipped, “No one ought ever do that again.” 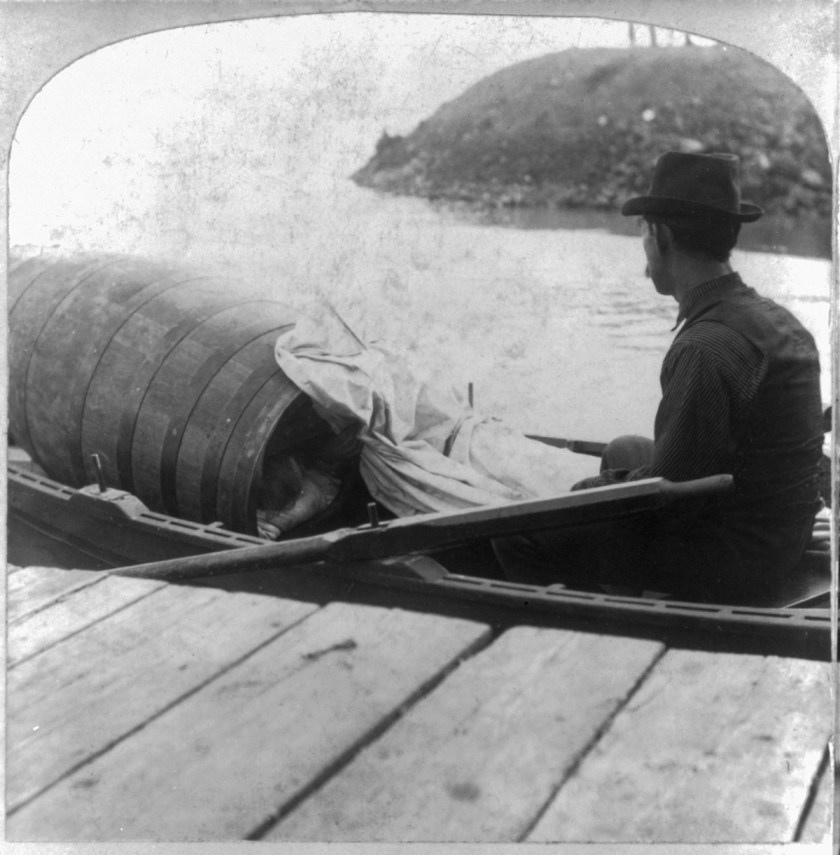 Taylor being rowed out. (Library of Congress) 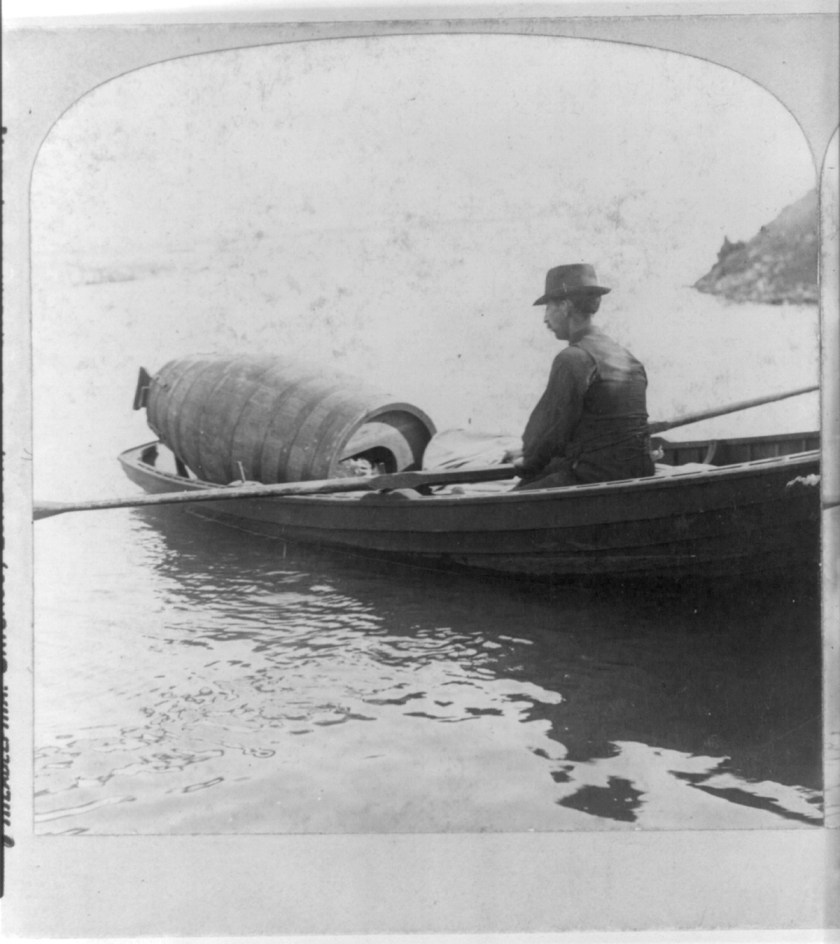 The stunt was truly remarkable and put her in the history books, but it never brought her the financial reward she’d hoped for. Ironically, she spent a good deal of her feat’s earnings trying to get back her barrel from an event promoter who had stolen it. Says the newspaper, “By the time Taylor died in 1921, she was penniless and living at the Niagara County Almshouse in Lockport.” Ouch. 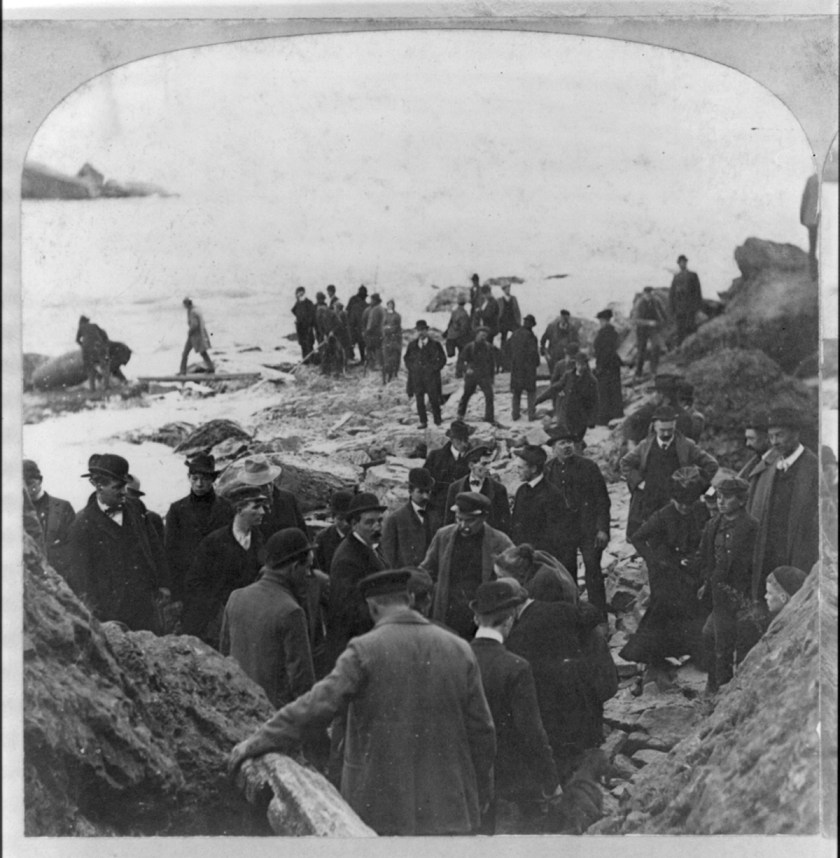 A crowd gathers nearby Taylor’s barrel. (Library of Congress) 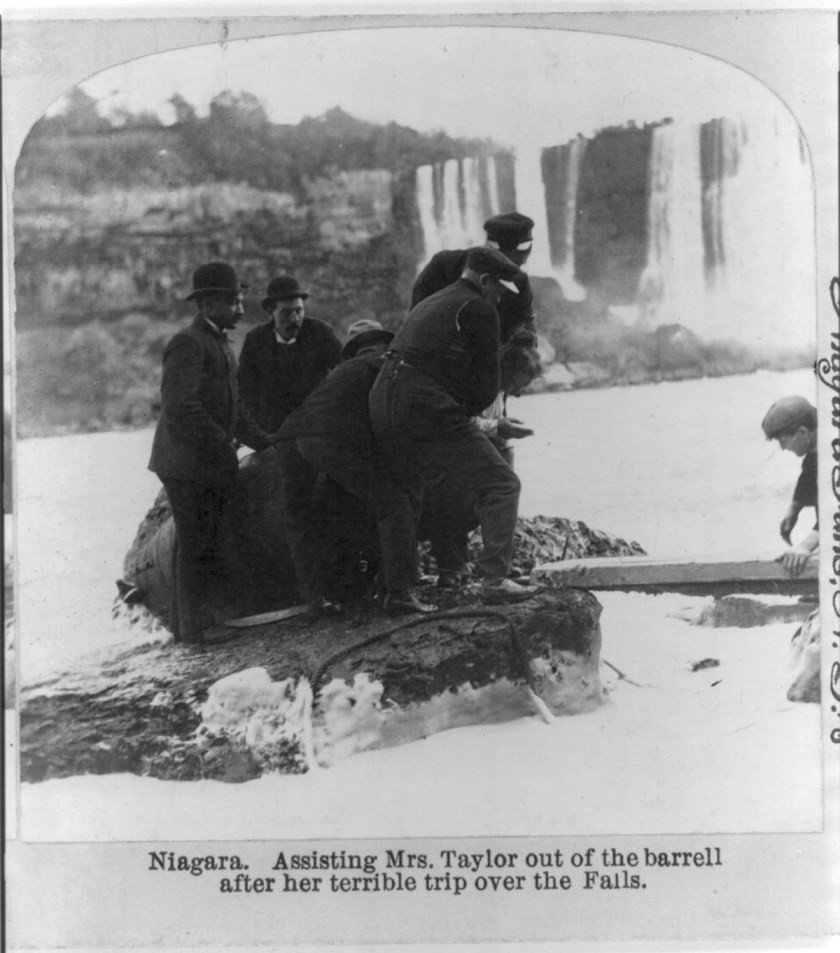 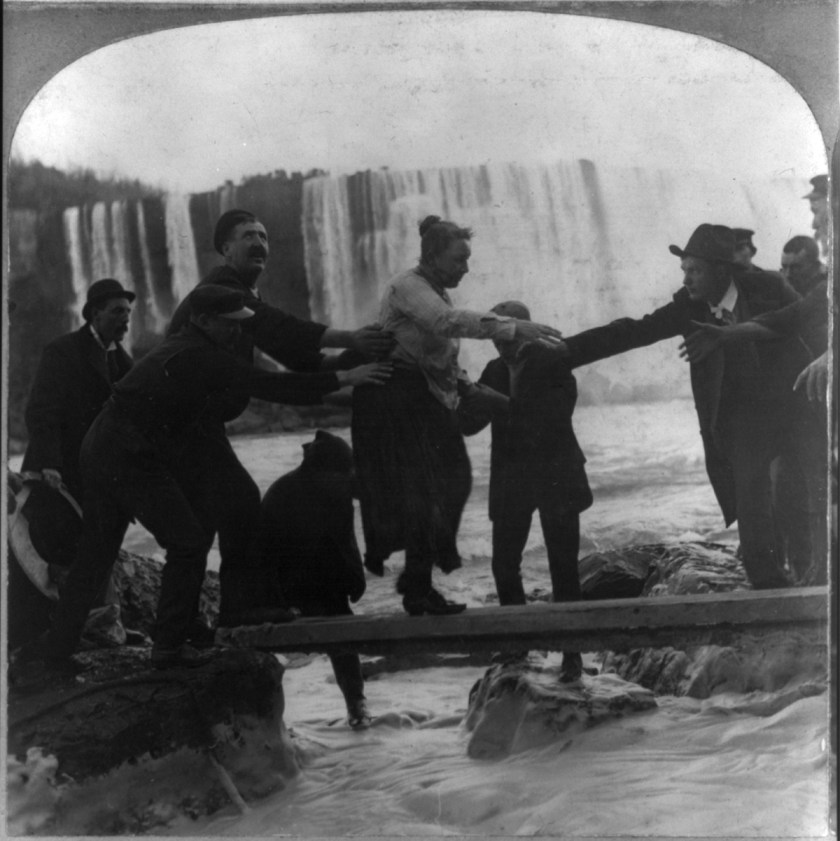 For the Buffalo News‘ full story on Taylor, click here. For a complete history of crazy stunts that have been performed at Niagara Falls, watch the video below.