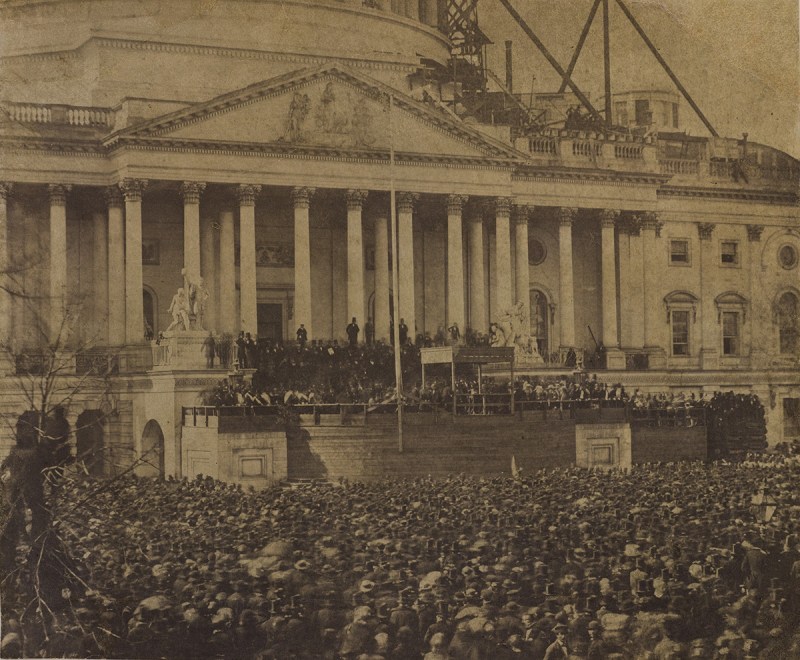 You’ve already heard about Abraham Lincoln’s final moments from an eyewitness, who was in attendance at the Ford Theater on April 15, 1865, the night the president was assassinated. Now, see with your own eyes what the very beginning of his presidency looked like.

On October 7 in New York, Sotheby’s is set to auction off a tremendously rare photograph snapped at Lincoln’s first inauguration on March 4, 1861. A salt print, the photograph captures the throngs of onlookers outside the Capitol Building to witness the inauguration of the 16th president of the United States, which likely took place under the canopy at the center of the image. (It’s one of the lots featured in the greater “Photographs” auction.)

Who actually took the photograph is unknown, though a handful of artists and photographers—including Winslow Homer and Alexander Gardner, respectively—were in attendance at the historically important event. One wouldn’t be too far off to assume it to be the work of Gardner, as no other photographer captured Lincoln’s visage more than he did.

It is believed that no other early print of this image has ever been offered at auction before. Pre-auction estimates set it at $20,000–$30,000, but knowing the popularity of all things Lincoln these days among presidential collectors, it could greatly exceed those numbers.