Is the Largest Revolutionary War Burial Ground Being Replaced by an IHOP?

Hundreds of soldiers from George Washington's army are believed to be buried at the spot. 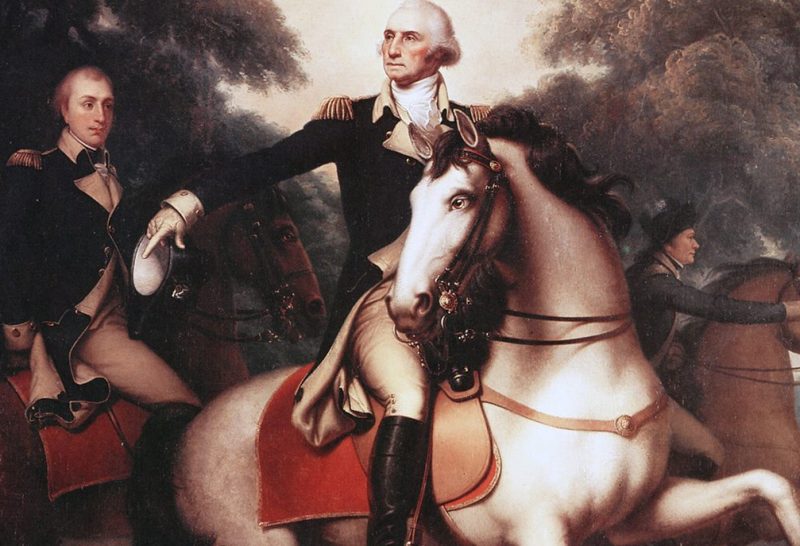 Is America’s largest Revolutionary War graveyard about to be transformed into an International House of Pancakes? Concerned citizens fear it is. 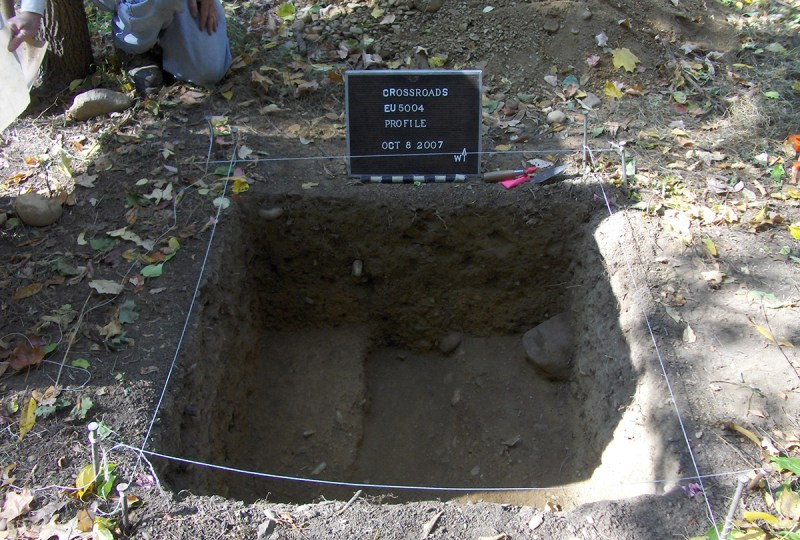 Hole dug to investigate an anomaly found by ground-penetrating radar. (Friends of the Fishkill Supply Depot)

Established by George Washington in New York’s Hudson Valley, the Fishkill Supply Depot was essential to the Revolutionary Army and both visited and utilized by Washington, Alexander Hamilton, the Marquis de Lafayette, and Baron von Steuben. More importantly, the National Park Service proclaimed it “the largest burial ground for Revolutionary War soldiers in the country,” with Friends of the Fishkill Supply Depot President Lance Ashworth noting that hundreds of Revolutionary War soldiers may be buried there. 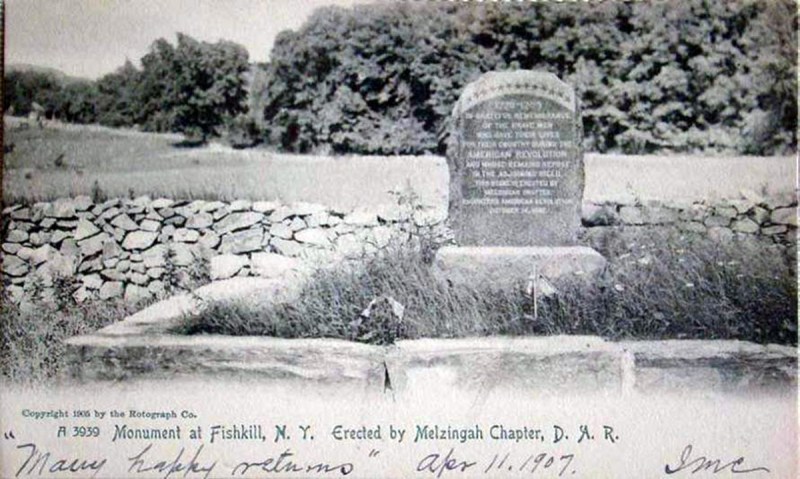 Postcard showing the original placement of the Daughters of the American Revolution monument at the corner of Route 9 and Van Wyck Lake Road in Fishkill, New York, circa 1907. (Friends of the Fishkill Supply Depot)

The actual number might never be determined, however, because it’s on the verge of becoming the home of Continental Commons, a “planned 18th-century colonial village” that will “function as a commercial, social, and educational center,” with a focus on shopping and restaurants. (Ashworth says that at various Town Planning Board meetings, the developer indicated his intention to build an IHOP restaurant on site.) 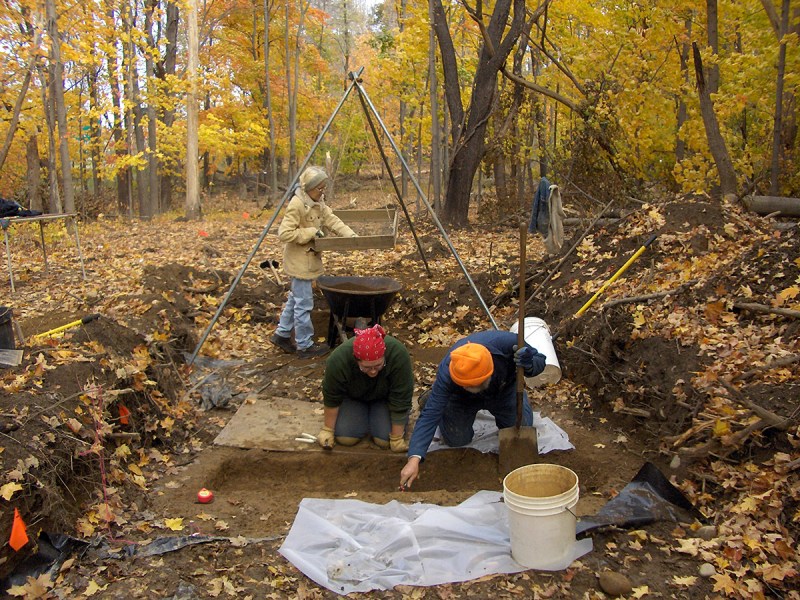 The Commons wants to develop 10.47 acres: currently, a mere .25 of an acre is to be left untouched in tribute to the soldiers who died fighting for America’s independence. 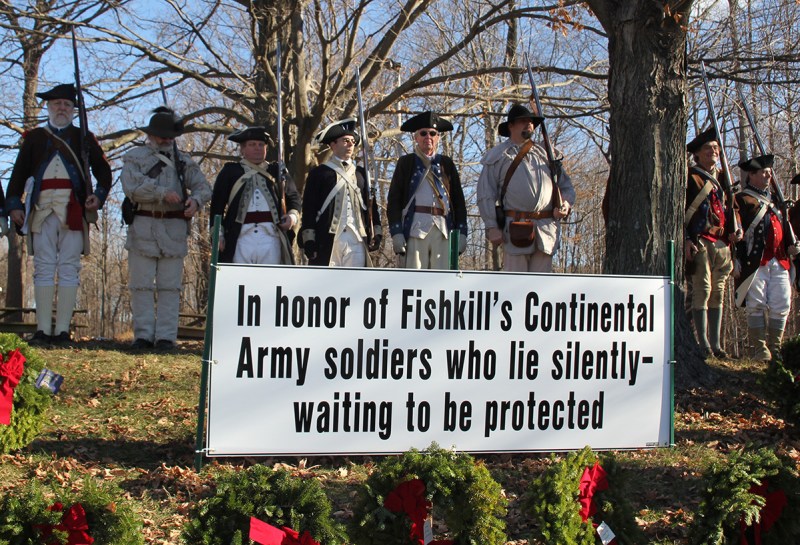 Photo taken at Wreaths Across America event: It was moved from the gravesite to the grounds of the Van Wyck Homestead after the owner refused to allow the event on his property. (Friends of the Fishkill Supply Depot)
Picasa

Local citizens formed Friends of the Fishkill Supply Depot to resist the development until full archaeological studies can be completed. As Ashworth, who graduated from nearby West Point, puts it: “Nobody truly knows what’s at the site right now, and if development occurs, we’ll never know.” 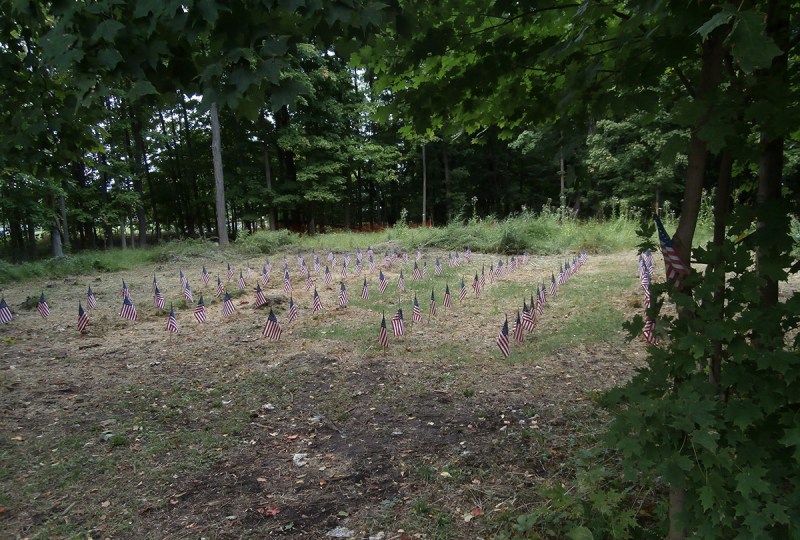 Photo of the burial ground taken after the conclusion of the 4th annual Revolutionary War Weekend. 60 flags were placed to represent the 60 soldiers identified by the research team up to that point. (Friends of the Fishkill Supply Depot)

Read more about (and potentially contribute to) their efforts here, and see more photos of the site below. At the bottom find a video of the Hunter Research, Inc. report “Fishkill – Military Supply Hub of the Revolutionary War: A Historical and Archaeological Overview,“ explaining the significance of Fishkill and why it should be preserved, as well as a second video of a wreath-laying ceremony to pay tribute to those who gave their lives for our nation.