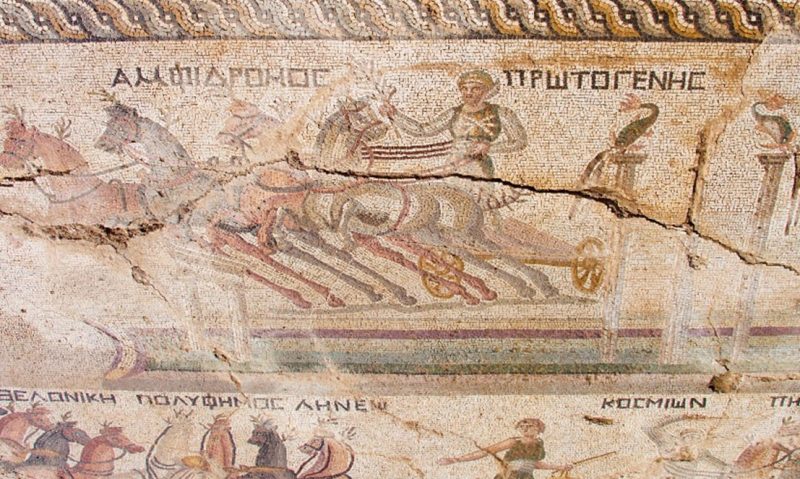 A recent archaeological find has shined some much-needed light on life in ancient Cyprus.

Working with Cyprus’ Department of Antiquities, archaeologist Fryni Hadjichristofi discovered a 36-foot-long, 13-foot-wide mosaic of a chariot race in a Roman hippodrome. The mosaic shows not only four chariots, plus their drivers and horses, but it also depicts the same man in different positions to illustrate the passage of time. The excavation took place about 18 miles from Nicosia, Cyprus’ capital city, and the mosaic dates back to the 4th century CE, making it one of the rarest archaeological finds in recent memory, and the only one of its kind in Cyprus. The mosaic’s also in good condition for its age, which will cut down on the restoration time needed before a proper public viewing. 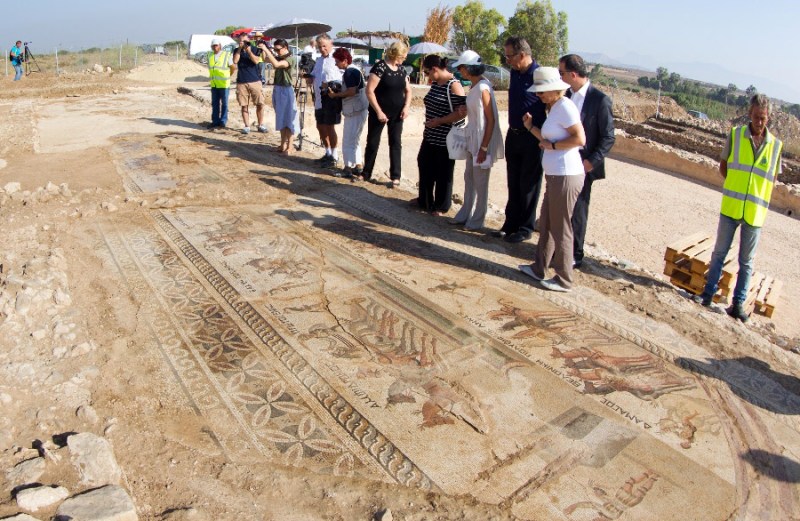 Aside from its rarity, Hadjichristofi’s find is important because it informs us about life in ancient Cyprus, a subject that is still fairly murky to historians. Knowing that Cyprus was a wealthy island under Roman rule, and that the hippodrome often held demonstrations of Roman imperial power, Hadjichristofi believes that the mosaic her team found may have been part of a wealthy man’s villa. 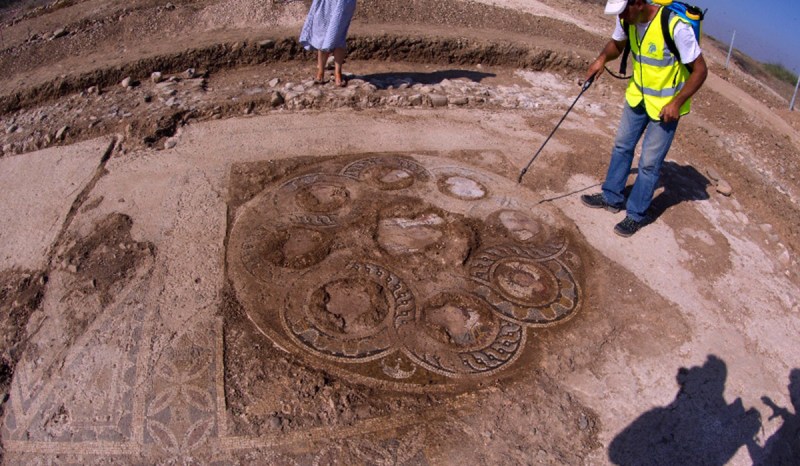 Accounting for weather and seasonal changes, Hadjichristofi estimates that it will take another two years of digging before the mosaic is completely unearthed.