Those Dire Wolves From ‘Game of Thrones’ Actually Existed 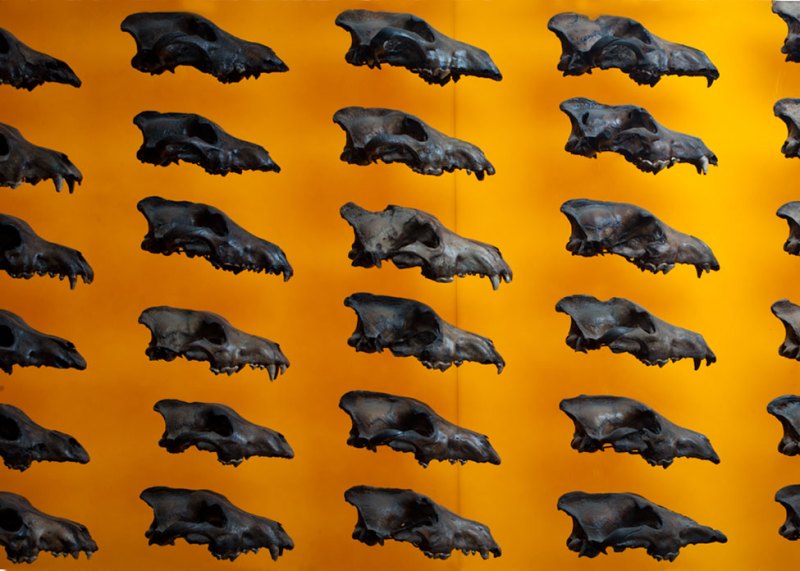 (Courtesy of the La Brea Tar Pits and Museum)

During the Pleistocene Epoch—or anywhere from 40,000 years to 11,000 years ago, the area that is now Los Angeles looked a lot different. Replace those opulent houses and rock stars with an open playground of terrifying looking animals such as the American mastodon, saber-toothed cat, and dire wolf. Yes, the dog-like pet that fights valiantly alongside the Starks in HBO’s Game of Thrones were actual living, breathing beasts.

Somewhat surprisingly, of the five species of dog discovered at Rancho La Brea, the long-extinct dire wolf (i.e. canis dirus) is the most common. In fact, the museum has a wall displaying well over 400 dire wolf skulls recovered from the tar pits (see above). Why such great numbers? The La Brea Tar Pits museum believes that many of the dire wolves fell prey to the tar pits as they were trying to feed on animals that had already met their end in the gooey asphalt.

Take a look at one of the skulls discovered during the construction of a parking lot nearby the tar pits below. At the bottom, watch a video featuring science professors from Marshall and Des Moines universities, discussing the history of the dire wolves, and how they met their end. Book a visit to the museum here. 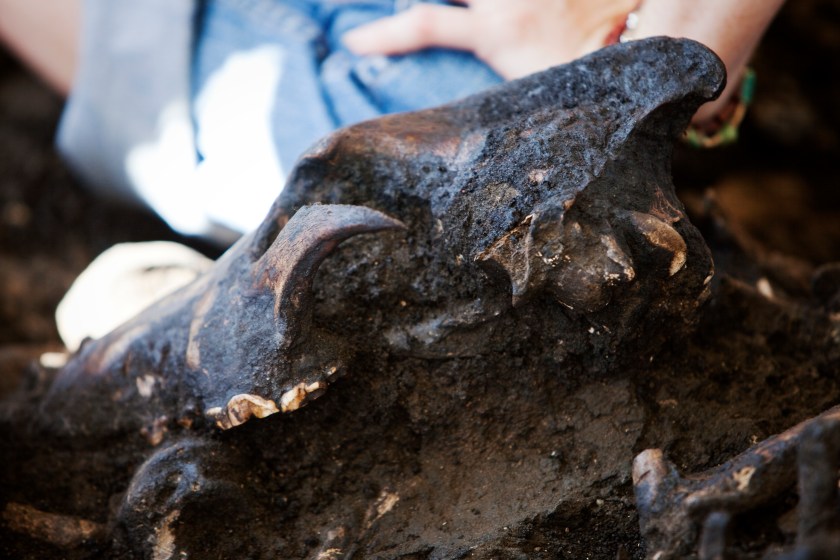