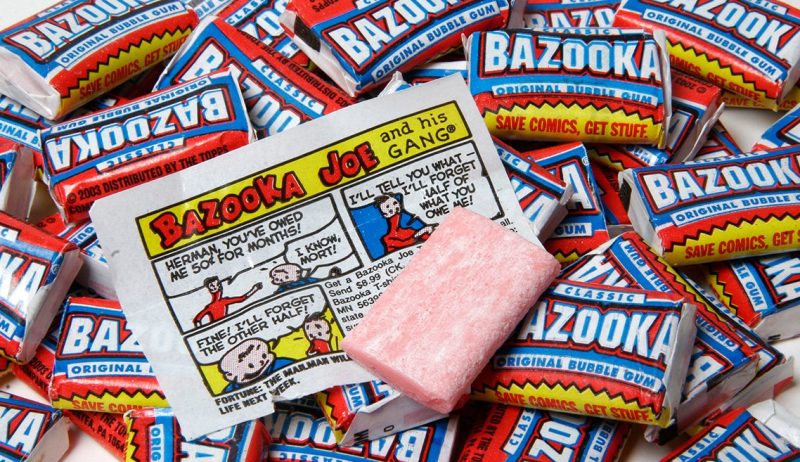 If you were a little boy growing up in the 1950s, there’s a high probability that you made regular trips to the local candy store with your friends to buy Bazooka bubble gum and baseball cards. For just a nickel, you’d get a pack of cards that included five baseball cards and a stick of gum—along with a Bazooka contest card. Fifty-nine years ago, that’s what New Yorker Darwin Day received with his five-cent purchase—and though he didn’t know it at the time, the pack would continue reaping rewards years later. 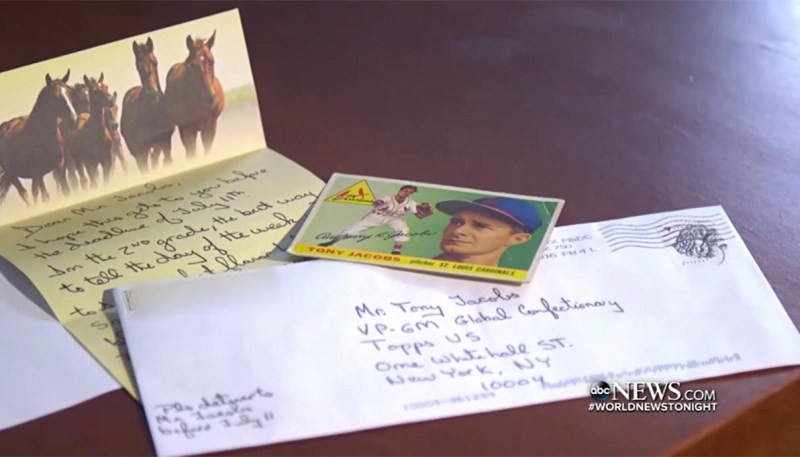 As was first reported by the Dallas Morning News, the 70-year-old Day, who now resides in Grand Prairie, Texas, found a collection of cards from 1957 and 1958—as well as one of those ’57 Bazooka contest cards—while cleaning out his house. (That year, the set was released in five separate series, so Topps launched the in-pack contests to keep young consumers coming back for more.) Noticing that the card didn’t have an expiration date on it—eligible players had to input two baseball scores and send away for either a chemistry set, microscope, or baseball glove—Day filled out the card and sent a modern-day contact at the Topps Company a letter with his response. He wanted the glove. 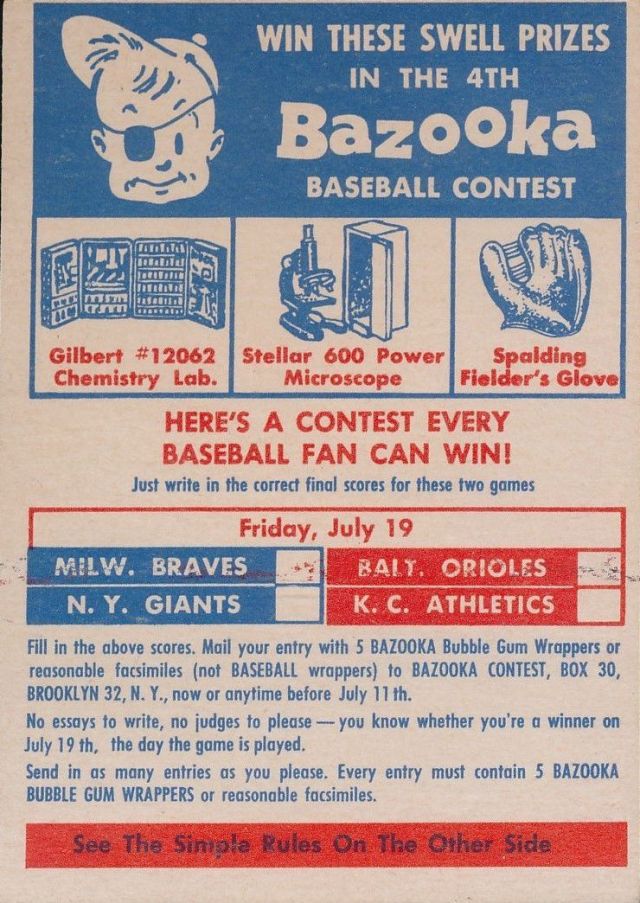 The letter’s recipient? Tony Jacobs, global general manager of Topps Confectionery Brands. He tells RealClearLife this was the first time he’d ever received something like this for the confectionery brand. “I wondered if this was someone who was a little out of touch with reality; playing around and having a little bit of fun; or [if I’d] just entered the scene of a TV crime show and should be worrying about my safety,” says Jacobs. He soon realized that it was an innocent nostalgia play by a decent guy, who had recently lost his brother and was just doing it to honor his memory. 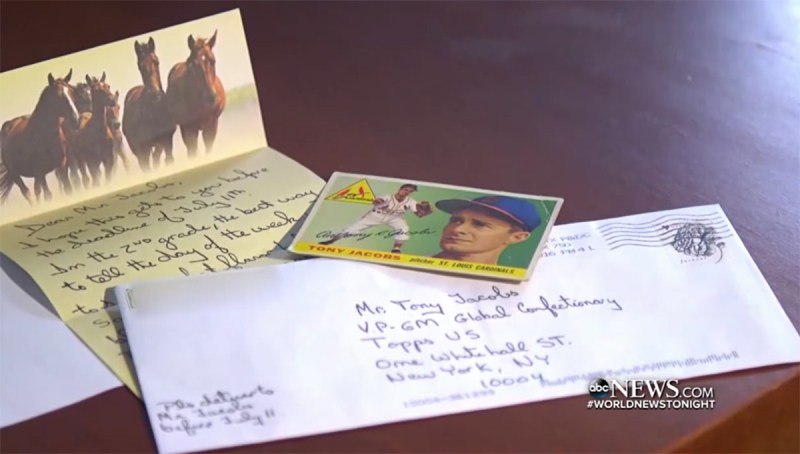 To make a long story short, Day contacted the right guy. Jacobs made good on the prize, sending Day a glove, along with a little Bazooka care package. Jacobs tells us that he’s since been in touch with Day “several times over the last few months,” and is looking forward to having an in-person meeting with him at some point soon.

Watch a video from ABC on Day’s big day below.