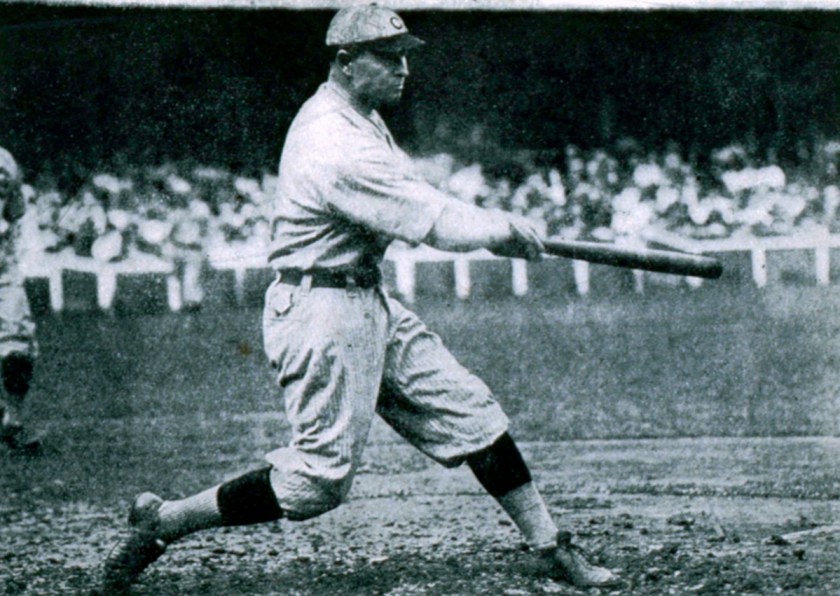 Frank Chance, first baseman for the Chicago Cubs, takes a big swing during a game in 1908 at Wrigley Field. (Reproduction by Transcendental Graphics/Getty Images)

It’s pretty amazing to be able to say that now: 1908 was the Cubs’ other World Series win. After suffering the cruelest of histories in advance of its second world championship, the team fought to the end to beat the Cleveland Indians in a Game 7 matchup that many baseball experts are calling one of the greatest games in history.

If you were watching the game live on November 2 and were a collector, you would’ve immediately noticed Cubs first baseman Anthony Rizzo pocket the so-called “final out” ball in his back pocket before reveling in championship glory with the rest of his team. During the postgame interviews, he was even asked about it. And while it’s unclear whether Rizzo will ever give up the ball—or if he plans to sell it at auction someday for six or seven figures—diehard Cubs fans now have the opportunity to buy the “final out” ball from their 1908 World Series win.

During Heritage Auctions’ sports collectibles sale, set for November 17-19 in Dallas, the auction house will be putting up the 1908 Chicago Cubs championship-winning “final out” ball, hand-inscribed “Oct. 14, 1908.” A late entry into the auction, which is already featuring the collecting world’s most famous/expensive baseball card, the ball has incredible provenance attached to it. 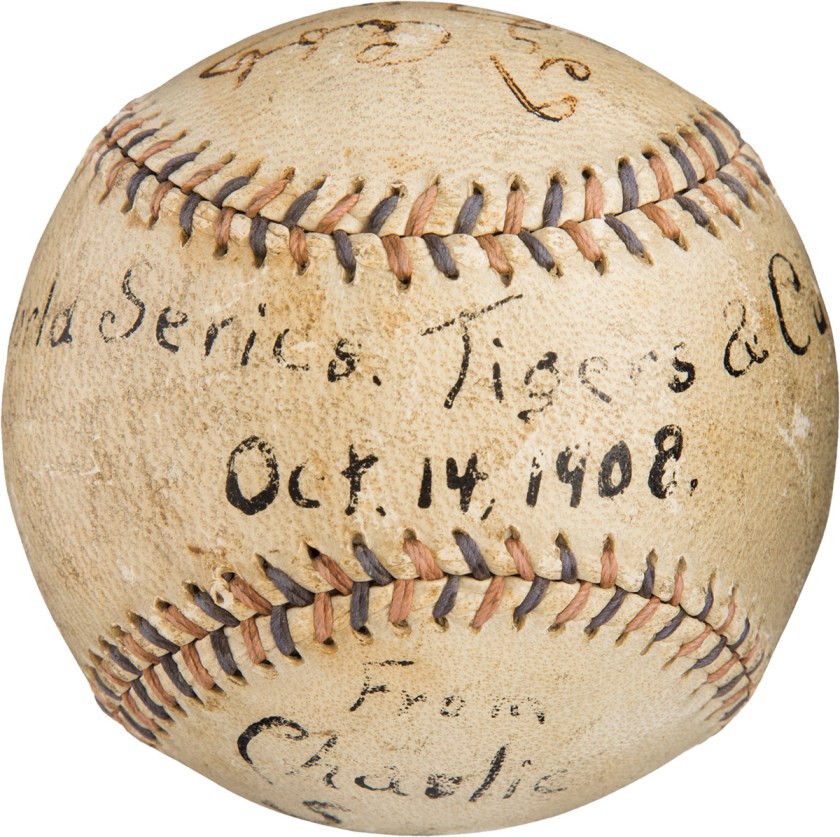 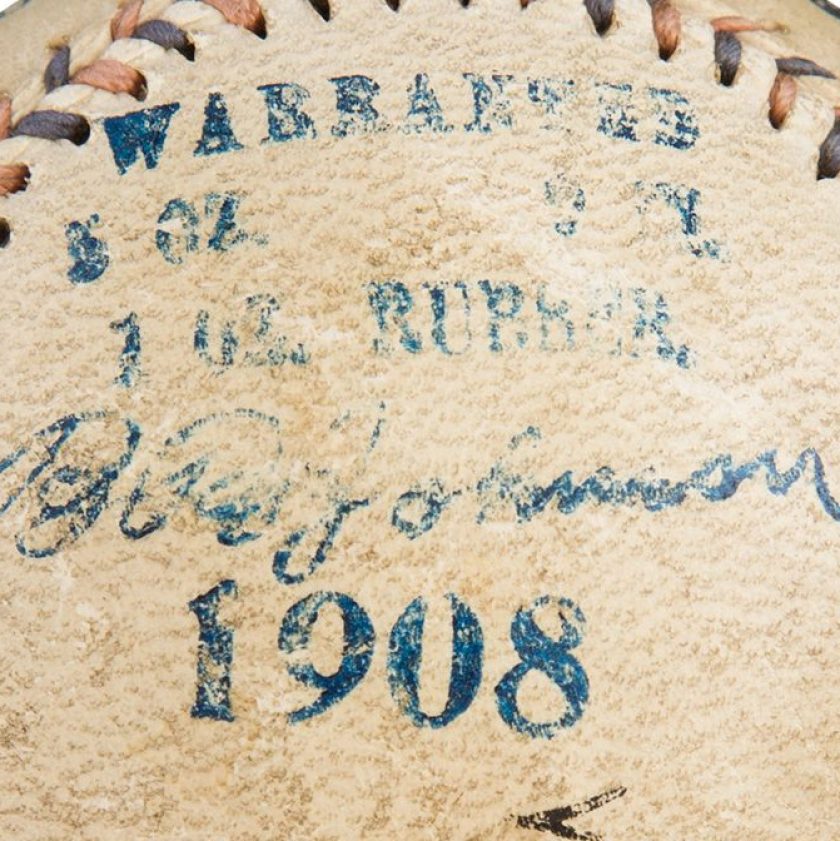 That final World Series game in 1908 was historically baseball’s shortest championship-winning affair, clocking in at just one hour and 25 minutes. (To put that into perspective, this year’s Game 7 was well over five hours.) In the game, the Cubs’ Game 2 winning pitcher, the whimsically named Orval Overall, took down a Detroit Tigers order that included future Hall of Famer Ty Cobb. With no men on, a weak grounder from Charlie “Boss” Schmidt ended the game much more unceremoniously than 2016’s nail-biter, with player/manager Frank Chance (also a future HOFer) catching the final out at first. Chance would end up giving the game ball to the opposing manager, Hughie Jennings, who was an early memorabilia collector. (It’s his handwriting that graces the ball.)

For more information on the ball or to bid on it, click here.