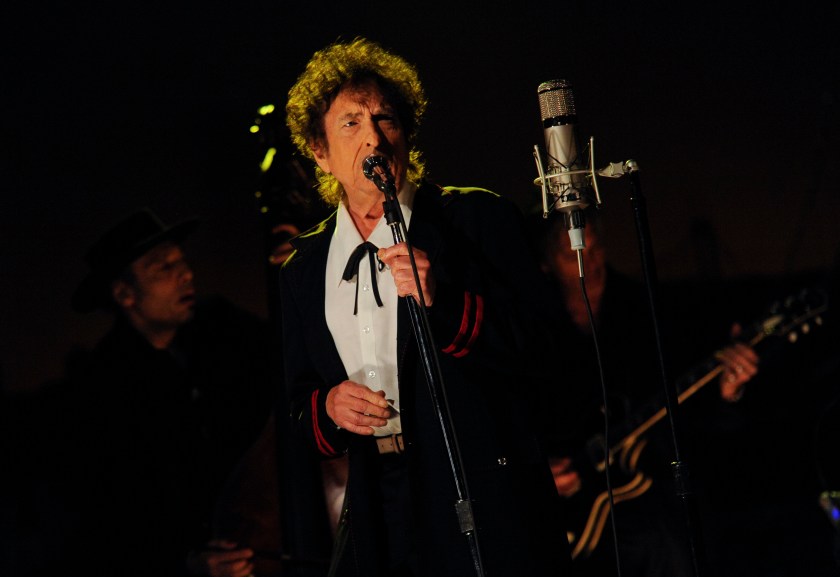 Folk music legend Bob Dylan was awarded the Nobel Prize for Literature on Oct. 13, “for having created new poetic expressions within the great American song tradition,” the Swedish Academy said.

The surprise winner of the Nobel Prize became a counterculture icon in the 1960s, but his voice has reached widely and evocatively into the American past. The author of some of rock’s earliest folk/protest anthems—including “Blowin’ in the Wind,” “The Times They Are A-Changin’,” and “Like a Rolling Stone“—the poet of pop tapped classic folk and gospel songs to rejuvenate defining U.S. forms of storytelling.

Since early in his career, the 75-year-old singer has experimented with the intersection of literature and song. In the words of a New York Times reviewer, who saw the then 21-year-old perform solo at Town Hall theater in 1963, “Mr. Dylan’s words and melodies sparkle with the light of an inspired poet.” 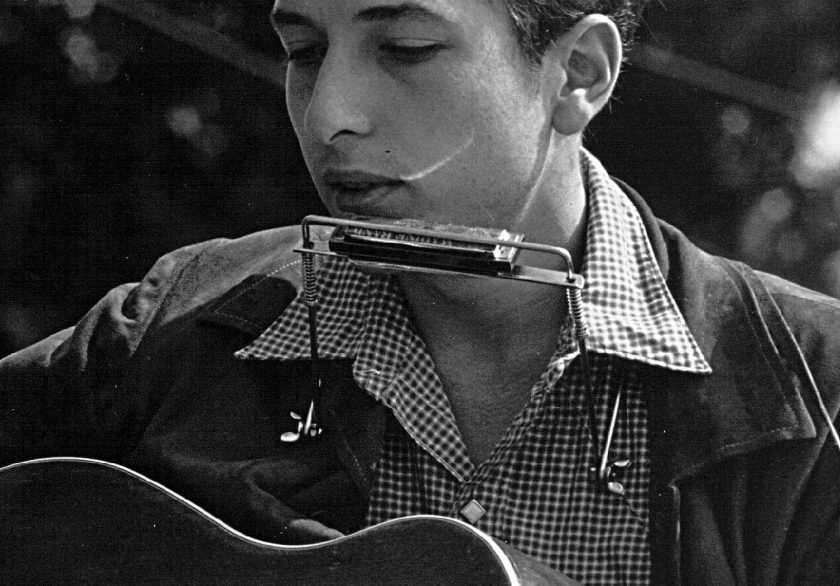 One of his most celebrated songs, “Mr. Tambourine Man,” features a literary character based on a drummer Dylan knew from the clubs of New York City’s Greenwich Village.

“Like a Rolling Stone” tore apart pop convention by going on for more than six minutes, with Dylan’s steady narration and a touch of R&B interrupted by the refrain, “How does it feel?” Later, Dylan said of the track, “after writing that, I wasn’t interested in writing a novel or a play or anything; like I knew like I had too much. I wanted to write songs.”

“Desolation Row,” which closed out his 1965 album Highway 61 Revisited, stretched on for more than 11 minutes and reached into biblical allusions, while referencing the growing tumult in urban America.

Highway 61 Revisited itself reflected an American journey, referencing the highway that stretches from Dylan’s home state of Minnesota to New Orleans and the home of the Blues in the American South. The album was part of a massive burst of creativity when in a two-year period Dylan put out three legendary albums, with the other two being Bringing It All Back Home and Blonde on Blonde.

From Minnesota to New York

The stardom is all a long way from his humble beginnings as Robert Allen Zimmerman, born in 1941 in Duluth, Minnesota. He taught himself to play the harmonica, guitar, and piano. Captivated by the music of folk singer Woody Guthrie, Zimmerman changed his name to Bob Dylan—reportedly after the Welsh poet Dylan Thomas—and began performing in local nightclubs.

After dropping out of college, Dylan moved to New York City in 1960. His first album contained only two original songs, but the 1963 breakthrough The Freewheelin’ Bob Dylan featured a slew of his own work, including the classic “Blowin’ in the Wind.”

Armed with a harmonica and an acoustic guitar, Dylan confronted social injustice, war, and racism, quickly becoming a prominent civil rights campaigner and recording an astonishing 300 songs in his first three years. His interest in the Civil Rights Movement has persisted, and in 1991, he released “Blind Willie McTell,” one of the best-known songs of his late career, in which Dylan reflects on slavery through the story of the blues singer of the same name.

In 1965, Dylan also was behind a symbolic turning point in music when he went electric at the Newport Folk Festival, turning on the amplifiers for a stunned audience, who had come to see him play an acoustic folk set. As Dylan toured Europe afterward, he was met with hostility with an audience member in England even denouncing him as “Judas” over the betrayal of his folk roots. When Dylan afterward played in France, the tensions had become so raw that he even held a news conference with a puppet, to which he would sarcastically put his ear as if seeking counsel to reporters’ questions. 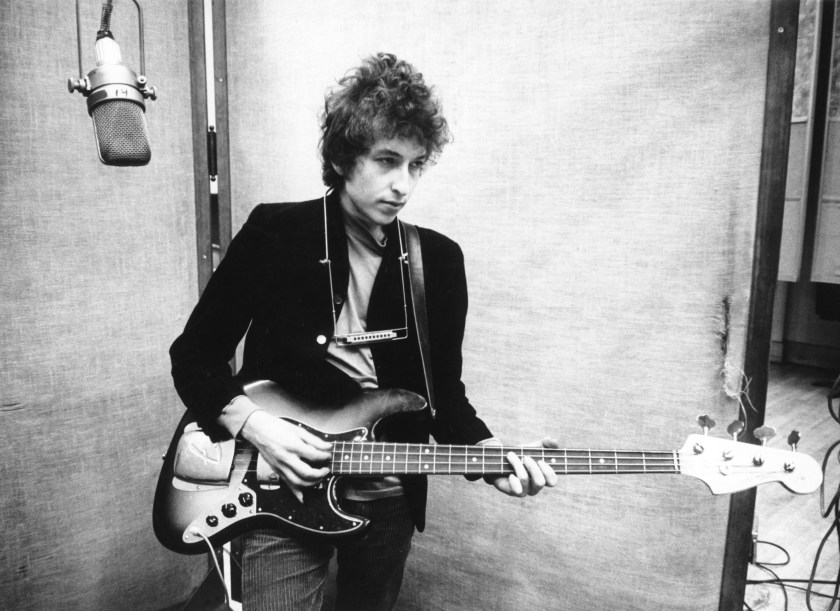 Despite his massive cultural influence, Dylan has remained an enigmatic presence. With his gravelly tone, he has long won acclaim in spite of rather than because of his voice. “Critics have been giving me a hard time since Day One. Critics say I can’t sing. I croak. Sound like a frog,” Dylan said last year in an unexpected career-spanning speech as he accepted a lifetime award at the Grammys.

His relationship with crowds borders on indifferent to hostile, with Dylan steadfastly refusing to please audiences by rolling out his hits. Performing at the inaugural Desert Trip festival of rock elders in California, Dylan did not say a word to the crowd and kept his back turned, not allowing overhead footage of him for the majority of the audience that could not see the stage.

In one turn that surprised fans, Dylan—raised a secular Jew—became a born-again Christian in the late 1970s after taking up Bible study following his divorce from his first wife, Sara. Dylan soon played down the Christianity, saying his conversion had been hyped by the media and that he was agnostic at heart. 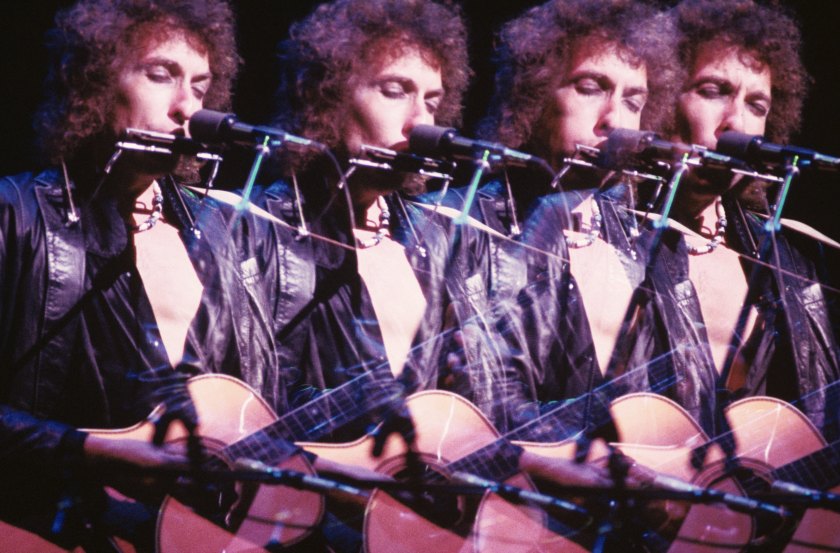 He raised controversy again when he played in 1985 at the Live Aid concerts for Ethiopian famine relief and told the crowd that he wished “a little bit” of the money could go to American farmers struggling to pay their mortgages. His quip quickly created momentum as Willie Nelson and other artists set up Farm Aid, a still-running festival to raise money for farmers.

Dylan has remained active and tours regularly. In 2012, he released an album full of dark tales of the American past called Tempest, raising speculation it would be his final one, in an echo of Shakespeare’s last play of the same name.

But Dylan has kept up his prolific output. Earlier this year, he released his 37th studio album, Fallen Angels, his second in a row devoted to pop standards popularized by Frank Sinatra. —Relaxnews