Behold What Might Be the World’s Oldest Gold Artifact 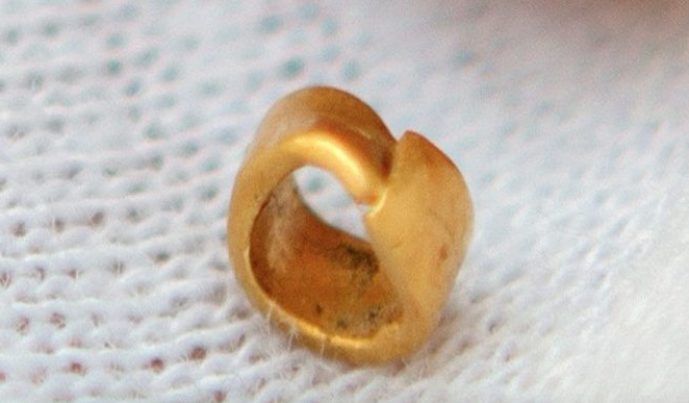 They say that size doesn’t matter. In the case of a recently discovered gold bead with potential major historic significance, that couldn’t be more true.

Archaeologists dug up the gold artifact, which is just an eight of an inch in diameter and dates from 4,500–4,600 B.C., at what was believed to be the first urban settlement in Europe. It’s just outside of the modern town of Pazardzhik.

What’s particularly interesting about the item is that researchers believe it to be 200 years older than gold jewelry discovered back in 1976 in the coastal town of Varna, thought to be the oldest in existence. That would make this speck-like bead the oldest piece of gold in the world.

After it is analyzed and its age confirmed, the bead is set to be displayed at a history museum in Pazardzhik.

Cue the video below to about the one-minute mark to view the tiny artifact. (The video is not in English, but you’ll get the idea and hey, gold is the universal language.)