Coin from the Roman Empire found in Okinawa Japan. (Uruma Board of Education)
By Adrian Lam 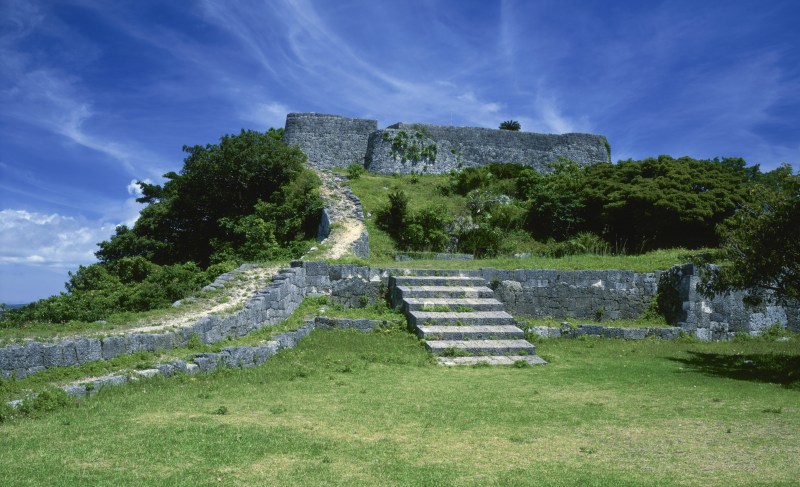 Okinawa, Japan’s Katsuren castle has long been celebrated for its rich history (it’s a UNESCO world heritage site), but it seems that its past is a lot more complicated than previously believed. Archeologist Hiroyuki Miyagi found nine ancient Roman coins while excavating the Japanese ruins this month.

It was a completely unexpected discovery: Miyagi had only been planning to look at samurai armor but, from his past excavations in Italy and Egypt, was able to recognize the coins instantly. Through subsequent X-ray analysis, the Roman coins were dated to at least 400 AD. (There was also an Ottoman coin from 1687 located.) Studies of the site have been going on for the last three years, so it’s even more surprising the unlikely find only happened now.

(Uruma Board of Education)

Archaeologists aren’t sure how the coins reached Japan, but there is one leading theory. Katsuren castle is known to have engaged in trade with China and other Asian countries in the 14th and 15th centuries. The Roman coins might have been indirectly acquired during this period from those traders. That said, it’s uncertain how the Asian traders acquired the coins or how the ancient currency traveled so far beyond the boundaries of the Roman Empire.

Japan, of course, has gone through periods of enforced isolation, notably from 1639 until Commodore Perry’s 1854 arrival. The full history of the Roman coins could offer new ways in which the Asian archipelago was connected to the world. Perhaps, the Japanese were less isolated than originally thought. To learn more about Japan’s history of isolation and the surprising ways it benefitted them, watch the video below. Learn more information on the coin findings here.