What Were the Biggest Fitness Trends in America in 2019?

New Yorkers lifted a lot of weights in 2019. Austin didn’t miss a yoga class. Missoula, Montana, got its spin on.

ClassPass just dropped its annual “Fitness Trends” report, and the appraisal includes dozens of fascinating takeaways from the last year in American fitness, alongside some trends we can expect to encounter in 2020. The subscription platform was founded only six years ago, began ramping up its bookings just three years ago, and it’s now firmly hit the mainstream; ClassPass was able to source its information from over 100 million workouts, across 30,000 studios. (That’s good for over 1,668 years of exercise. Well done, America.)

For starters, ClassPass mapped out each city’s most popular workout:

Below, find our six most important takeaways from the ClassPass study.

In New York, Chicago, Los Angeles, San Francisco, Dallas, Miami and Philadelphia, strength training finished in the number-one spot. One big reason why? ClassPass umbrellas CrossFit under “Strength Training.” The WOD (Workout of the Day) phenomenon has taken a slight hit in numbers in recent years, as the buzz has worn off and the jokes about CrossFitters have mounted. But there are still anywhere from 12 to 20 CrossFit gyms to be found in all of those cities, each with an army of dedicated attendees. Aside from CrossFit, though, there’s lately been an explosion in interval-based strength training. We fully support this; we’ve written at length about weightlifting’s importance in encouraging healthier aging, and attacking it in a class, with a professional making sure you’re performing each move correctly, is always a good idea.

Travelers are getting their reps in

One of 2019’s most inescapable trends was the growing love affair between the wellness and travel industries. More people (whether on vacation or on business) are looking to sweat while away from home. ClassPass reports that 18% of professionals worked out in a city other than their hometown in 2019. That’s up from 14% in 2018. Not a huge jump, but we expect that number to leap even more next year. After all, the word “bleisure” exists now, and workers are more aware than ever that a little exercise is the best way to clear the head before a big meeting.

Better with a buddy

People who use ClassPass don’t use it alone. According to the service, 80% of users coordinated a workout with a friend or colleague in 2019. That’s actually awesome. Exercise-class anxiety is a real thing, and if dragging someone along is the best way to get it over it (or start a new tradition) then drag away.

The fastest growing class in the States, with a 37 percent increase in reservations from 2018 to 2019. That’s probably influenced a bit by Meghan Markle, who claimed the Megaformer machine “changed her body in just two classes,” a common refrain among stars who’ve hopped on the fad. But the trend seems here to stay: it’s ideally suited for a class setting, as few gyms have Megaformers machines lying around. The contraption was invented by Sebastien Lagree, owner of Lagree Fitness, and is much bigger than the traditional Pilates Reformer. It focuses mostly on abs, quads and glutes, while emphasizing strength, balance and endurance on a sliding, resistance-enabled carriage. Check it out below. While it looks like a disemboweled flight simulator, it’s actually relatively easy to master. Could inject a dose of excitement into your fitness routine for the new year.

Mental wellness is firmly getting the attention it deserve these days — not just in lip service, but in actual practice. The single most popular wellness activity booked on ClassPass in 2019 was meditation (with New York leading the way on bookings). We all work way too much, screens are slowly melting our brains, and our sports teams usually let us down. Forty minutes a week to think about nothing at all is a really good idea.

In its Fitness Trends report, ClassPass also cited an October study that it commissioned from OnePoll (a market research company), which states 58% of surveyed professionals between 24 and 40 are more likely to accept a job that offers a fitness and wellness package. Obviously, that figure (as do most of the figures and trends in this article) favors ClassPass’s bottomline. But we’re talking about exercise, here. Walk into any room of adults, anywhere, and more than half the room will tell you they wish they could get to the gym more, or pay less to do so. As companies fight for talent going forward, it’s in their best interests to incentivize exercise. It’ll nab them their preferred employees and also keep those employees around longer — and in a healthier, vivified state, too. 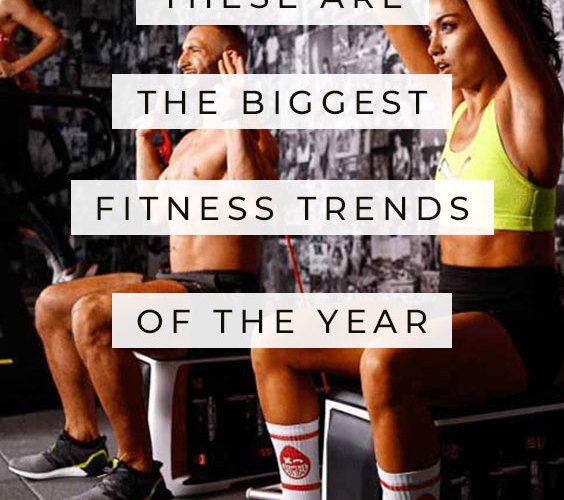 25 Years Later, It’s Obvious We Got “Showgirls” All Wrong
Who Is the Ubiquitous “Never Married, No Kids” Guy on Dating Apps?
Does Anyone Actually Need a Men’s Multivitamin?
How Wisconsin Helped Shape America's Love of Cocktails
How to Bet Week 3's Best Games, According to the Pros