Who Should You Bet on in Saturday’s Other Big Race?

If you’re looking to make some money on Saturday’s big race, it’s looking like Classic Empire, McCracken and Always Dreaming are your three best bets to come in first in Kentucky.

There are also three top prospects in Saturday’s other big race — Nike’s Breaking2 attempt to shatter the sub two-hour marathon — but smart money says don’t bet on any of them to win it.

The attempt will take place on Saturday morning at the Autodromo Nazionale Monza racetrack outside of Monza, Italy, (a location that was handpicked for its cool 54° temperature, minimal 600-feet elevation and slow 2.5 MPH winds) and Lelisa Desisa of Ethiopia, Eliud Kipchoge of Kenya and Zersenay Tadese of Eritrea will the guys trying to shatter the old mark of  2:02:57.

Whittled down from an original pool of 60 runners, the three musketeers will be trying to chop a minimum of 2:58 off the existing record by running behind a Tesla pace car displaying the time, wearing drag-reducing apparel and, of course, rocking some scientifically super-fast Nike kicks.

Will they do it? During training, two of the speedsters, Kipchoge and Tadese, ran sub one-hour half marathons, so there is some room for optimism. Even still, Alex Hutchinson of Runner’s World, who knows far more about the subject than we do, isn’t convinced.

“In December, when news of the project broke, I pegged the odds of a sub-2 at between 1 and 10 percent, with a 50 percent chance of someone running faster than the current record,” he writes. “That’s still roughly where I’m at, though I’m probably a bit closer to 1 than 10 percent.”

So you’re saying there’s a chance. 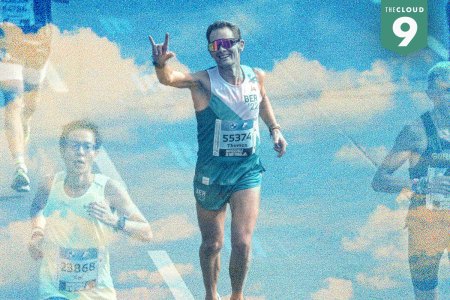