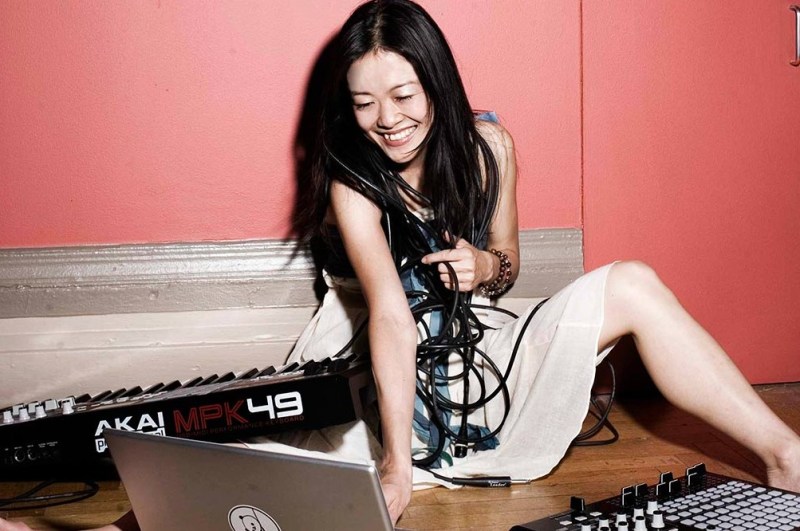 Beep. Clank. Ring. Click. These sounds, heard over and over again, are all too familiar in hospitals today. Yoko Sen, an electronic musician and self-proclaimed sound alchemist, believes patients deserve to hear something else.

Sen is the founder of Sen Sounds. Her mission: to alleviate suffering by reimagining the soundscape of hospitals. It began when Sen was rushed to the emergency room and experienced firsthand how patients, their families, and even medical practitioners themselves suffer from “alarm fatigue.”

Sen backs up her own hospital experience with recent data from the ECRI Institute, an organization whose mission is to benefit patient care by promoting the highest standards of safety, quality, and cost-effectiveness. In 2015, the institute released a list of the top 10 patient safety concerns. Number 1 on the list? Alarm hazards, particularly inadequate alarm configuration policies and practices.

(“In addition to missed alarms that can result from excessive alarm activations, hospitals also have to be concerned about alarms that don’t activate when a patient is in distress,” says Rob Schluth, senior project officer, ECRI Institute. “In our experience, alarm related adverse events—whether they result from missed alarms or from unrecognized alarm conditions—often can be traced to alarm systems that were not configured appropriately.”)

“Lying in a hospital bed,” Sen told Real Clear Life, “I thought to myself, it just doesn’t have to be this way.”

Sen’s passion to change the modern-day hospital experience earned her an esteemed fellowship and residency in Washington D.C.’s Halcyon Incubator, where she is currently developing the venture. In her efforts to rethink the role of art and artists in healthcare, Sen has interviewed dozens of patients about what kind of sounds they want to hear.

Here is a camparison between the current hospital alarm and Yoko’s reimagined sound.

“It’s very difficult for many people to even imagine a hospital experience being soothing, comforting, and peaceful,” says Sen.

Trying to design something from scratch rarely comes easily. Sen sees a parallel challenge to other musicians who are thinking outside the box. James Murphy, for example, wanted to reimagine the New York subway sound experience. He tried to launch a passion project called Subway Symphony, in which he designed a unique electronic orchestra for each stop. Sounds great, right? Well it was, that is, until he had to get it approved by the Metropolitan Transportation Authority.

“Artists like him have a vision,” explains Sen. “They go to make a change. They get the support of someone really powerful. But they face this wall of bureaucracy. That’s exactly where I am right now.”

Sen notes that doctors she speaks with want a change, but it’s inevitably stymied: “It’s difficult to implement something that is so seemingly simple.” For any meaningful progress, she says, those who think outside the box need to meet in the middle with those inside the bureaucracy.

Sen’s mission is not as simple as replacing bad sounds with good ones. She is also working on reducing the overall amount of unnecessary noises in hospitals—something she hopes can ultimately bring more dignity to the patient experience. It’s a tall order for the soundscape visionary, but perhaps one day we’ll look back at how little regard we gave to patients’ aural well-being with the same sense of wonder as when we think of the days when surgeons didn’t bother washing their hands before operating.

Learn more in this video from Yoko, “The Future of Hospital Sound.” —By Reilly Dowd, RealClearLife Contributor