8 Invaluable Workout Tips From a “Game of Thrones” Trainer

Including the two most underrated pieces of fitness equipment 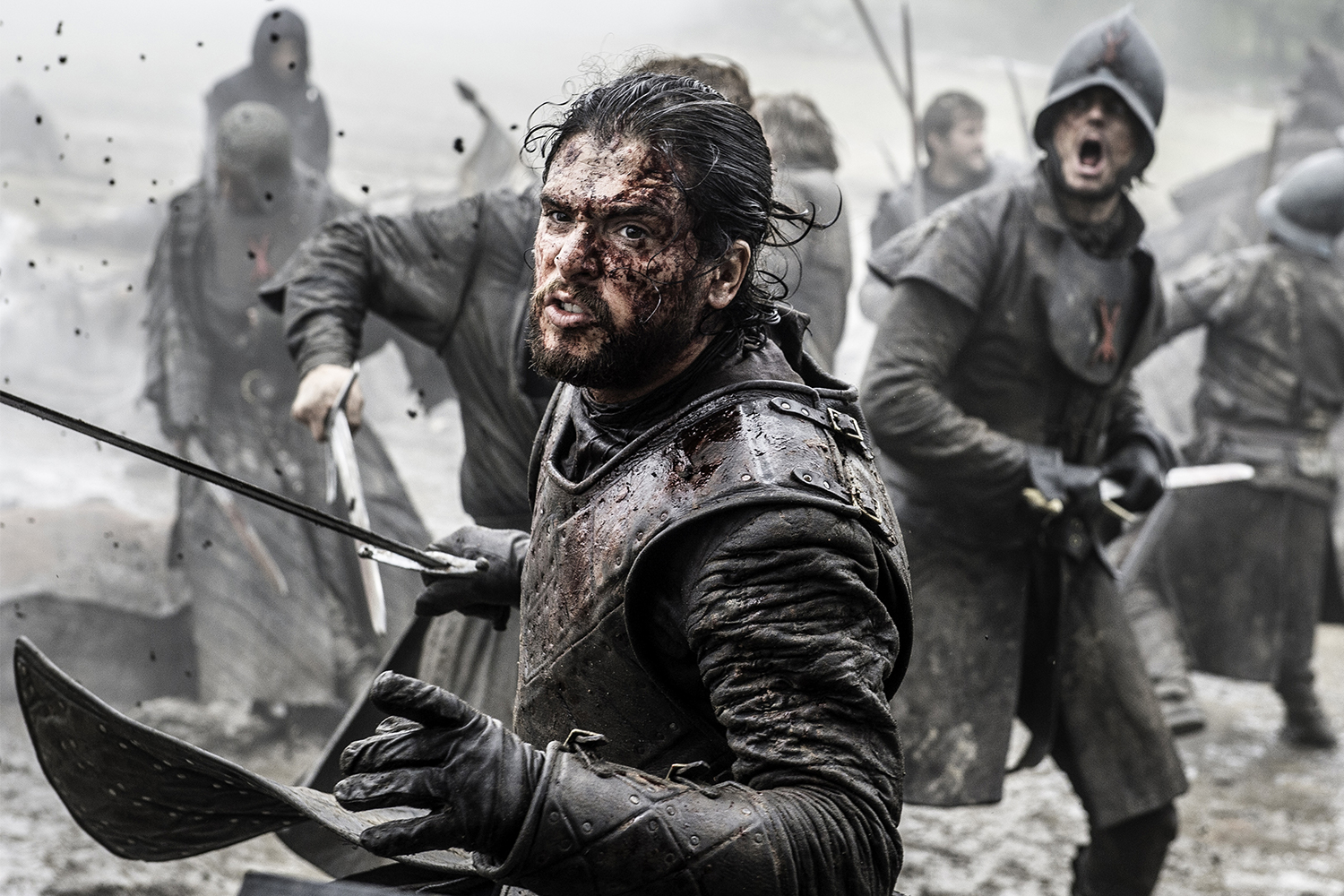 Want to train like your favorite Game of Thrones character? Listen to Dalton Wong.
Helen Sloan/HBO
By Alex Lauer / April 30, 2019 10:39 am

When devising a plan to get in shape, it’s tempting to copy the workout routines from certain movies (Fight Club and 300 come to mind). But for the most part, those are deliberately unsustainable. They’re meant to mold actors into unrealistic proportions for notoriously unforgiving cameras for a few weeks, or months at most. They’re not meant for 9-to-5ers trying to squeeze in gym time before or after a day at the office.

There is one prominent exception: Game of Thrones. While shooting takes place over an average amount of time, many of the actors have had to maintain above-average physical fitness throughout the eight-year run, both for this show and their roles in between. And for this final season — especially with episodes like the most recent “The Long Night” requiring “11 weeks of grueling night shoots” — stamina was key.

For a good chunk of the main actors, from Kit Harrington (who plays Jon Snow) to Gwendoline Christie (who plays Brienne of Tarth), the person keeping them in peak, battle-ready shape is Dalton Wong, founder of Twenty Two Training.

We recently spoke with him to get the full workout of the toughest character on the show. But in discussing his five-year-plus history training Harrington (who he started working with in preparation for the 2014 film Pompeii) and Christie (who has been in the Star Wars franchise in between Thrones), Wong offered key insights into how to maintain a rigorous exercise routine.

Below, we’ve compiled eight tips from the Game of Thrones trainer that you can incorporate into your workout today, including pre-workout preparation and two new pieces of equipment you need to start incorporating stat.

1. Add mini bands into your workout.

These elastic resistance bands are one of the most essential tools in Wong’s arsenal. He touts that they’re “great to stabilize the hips, great for the bum and great for the core.” Should any male readers misconstrue that as “feminine,” remember, your hips, bum and core are the center of your strength. You can pick up a set from Twenty Two Training here or grab this Gymbandit set from Amazon (the perfect size, clearly labeled and ultra-durable). Follow Dalton Wong on Twitter for new exercise recommendations.

Try this mini-band circuit from Wong (follow the images above):

2. Don’t ban anything from your diet. If you do, you’ll want it even more.

“I’m a firm believer that if you tell someone they can’t have it, they want it even more. After a crazy day, you might have a glass of wine or go to the pub with friends and have a beer. That’s fine. A glass of wine is never going to throw off your routine. It’s something for relaxation. I tell [the actors] I’m fine with that just as long as it’s not every night. If you like to have something sweet, have a dessert but no wine. If you like to have wine, then you’ve got to eat pretty well. It’s about giving them better choices.”

3. Instead of taking “pre-workout” supplements, try an espresso and tea.

In describing a workout with Gwendoline Christie, Wong says, “First thing we do, we start off with water, espresso and a green tea or a ginger tea. That’s our little trio that we have every session. I like having caffeine before a workout because it gets us mentally aware, and it’s quite nice to have something warm, to have a little chat, ask how was your day.”

4. Instead of training so hard that you get injured, train to avoid injury.

No, the actors from Game of Thrones aren’t killing themselves in the gym to get into shape. That’s because they can’t afford to be injured. “From their point of view, it’s more about making sure they are sustainably strong so they don’t get injured so they can fulfill their job,” says Wong, and the same should go for you.

5. Add gliders into your workout.

Wong likes to finish a workout with gliders, two-sided discs with fabrics on one side for hard floors and plastic for carpet. They’re ideal for core strength, but as noted on his website, they’re good for stretching and toning, too. Twenty Two Training also offers these, or you can pick them up on Amazon here.

Try out this glider workout from Wong (follow the images above):

6. Focus on your posture more. No, really.

“My big thing is, no matter what height you are or how small you are, you have to have good posture because it automatically makes you look better,” says Wong. Not only that, but it will increase the effectiveness of your workouts and help you in unexpected ways. “It’s the posture bit making sure [Christie’s] body can recover from a flight from an event, and that’s really important to us.”

7. Instead of going on a “diet,” retool your routine.

“I try not to call it a diet because when it’s a diet it’s very restrictive. [People will] only follow a diet for a certain amount of time. When I give them lifestyle tips, then it’s something that they get to incorporate into their own life. If you think about what you eat, you probably have 10 meals, is that fair? So my goal is when we’re working, I tweak [Gwendoline Christie’s] normal everyday meals to make them better.”

8. Treat yourself (and your body) with respect and you’ll perform better.

“That’s where the mini bands, the stretching, the recovery, the massage, all help [the actors] feel better. Like the tea and the little coffee and the water, the shake at the end, it’s about treating them as an individual so that when we need to push them a bit further a little bit harder, they are willing to go that extra bit with us,” says Wong. Besides the workout itself, you also have to focus on the lifestyle basics: “You have to eat really well. You’ve got to sleep when you can.”

This Travel-Size Foam Roller Is 50% Off

Don’t leave home without it