What the Hell Is “Damp January”?

Everything the internet touches gets a name, so it was inevitable, in its 40 years of existence, that it eventually slapped the words “damp” and “January” together, then expected people to interpret the resultant phrase as a self-serious self-care trend, instead of a predictable weather pattern, a long lost Raymond Chandler short story, or a niche NSFW community on Reddit.

Last year, as has been widely reported, 35% of American adults participated in Dry January. And an overwhelming majority of them (74%) beat the game, managing to navigate the month without taking a single drink. At the same time, though, Dry Januarians typically thirst for February 1st, with 31% of participants having a drink the exact day temporary temperance is complete. And nearly a fifth of the nation, meanwhile, reports making an effort to drink more throughout the second month of the year, presumably to make up for all those lost pints.

Over the last decade, many on social media have claimed Dry January’s disciples just want to add a trophy to their Instagram case…while putting others down in the process. But that doesn’t feel completely fair, does it? People post and share much more sinister nonsense all the time; is being proud that you abstained from alcohol for 31 days really so bad?

A more resonant question, perhaps, might ask what the point is in abstaining from alcohol at all. What’s the real objective? If it’s just to start the year off on a healthy note — cutting out calories, carbs and cranky mornings — then fantastic; of course, drinking less is going to be a good thing. But Dry January actually tends “to attract people who are heavier drinkers than the general population,” according to a study published in 2020. 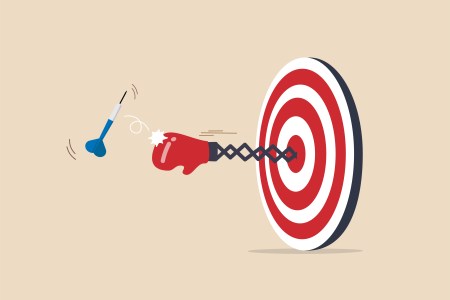 Not the pep talk you were expecting headed into 2023, we reckon

These people aren’t looking for a quick fling, no matter how much flack they’ve gotten over the years. If not in pursuit of permanent sobriety (which is quite an unusual reason for anyone to sign up for Dry January), these adults are at least looking for some aspect of their relationship with alcohol to change. And that’s where Damp January — silly, sexy sobriquet that it is — is actually an admirable way forward.

Damp January taps into what Dry January was originally supposed to be, before it was forced to hitchhike the internet for years on end. When Alcohol Change UK first pitched the concept in 2013, it conceived of the month as an opportunity to step back and reassess one’s relationship to alcohol…not as a bucket-list ribbon, akin to running a half marathon. That said, the campaign’s ubiquity in the years since is likely due to the public misinterpreting it as an “all or nothing” experiment.

Think: if you feel like you should get a handle on your alcohol consumption, there’s not too much fanfare there. Try drinking less. This isn’t news — that’s in a similar category to the trite “just have a handful of almonds” advice that rabid snackers are accustomed to. But a sudden ban is exciting, difficult and arrives with an oomph of accountability, especially if friends or family are aware of the mission at hand.

And to be fair, that mission is certainly a boon for the body. Just two weeks of abstinence can stem the tide of fatty liver disease, according to research conducted by neuropharmacology professor Dr. David Nutt. Meanwhile, blood pressure drops after four weeks without a drink, which has a positive impact on heart rate. That’s to say nothing of the deeper sleep, dodged hangovers, saved dollars and general clear-headery that accompanies days and weeks of keeping alcohol at bay.

It’s easier said than done, though, and in the case of an incidental slip-up, some experimenters can end up in a puddle of self-loathing. They failed. Of course they did. Of course they couldn’t do it. They’re incapable of getting up before work for the gym more than once a week, too. They can never seem to help themselves from ordering a steak sandwich for lunch, when a kale salad might’ve sufficed.

To avoid self-spiraling, Damp January suggests another way: don’t set any bans, proclamations, concrete goals or hard and fast rules in the first place. Instead, learn to imbue your every action with intention. Where drinking is concerned, that means relaxing on the moralizing (drinking isn’t evil) but acknowledging that drinking isn’t nothing, either (it ushers in a spectrum of real-world consequences).

In a recent Harvard Public Health interview, researcher Dr. Aaron E. Carroll, who has written extensively on alcohol consumption, said: “Very few people can stick to zero [drinking]. Complete abstinence is too often our (doctors, public health leaders) message. We do this in nutrition all the time with salt, fat and a whole bunch of things we eat. And it rarely works. For most people, there is a relatively safe amount of alcohol one can drink.”

When asked about his plan for the month, Dr. Carroll replied: “I probably drank a bit more while we were on vacation. So, I’ll give my liver a break. What is a ‘Drier’ January? My son’s 21st birthday is Thursday. I’d like to have a drink with him. But maybe that’ll be it for this month. Maybe not. I don’t want to feel like I’m punishing myself. I know those few drinks are not going to matter much to my health.”

For some people, speaking and thinking about alcohol in this way comes naturally. For others, it takes a ton of training and thought. But it’s worth it. There’s a reason — beyond social media — that the spirit moved you to cut back on spirits. Why, though, would that impulse end the second the calendar flips to February? That doesn’t make any sense. As opposed to viewing January 31st as hard stop, then, try reframing it as a lily pad, a chance to take all you’ve learned, practiced and experimented with into the months ahead.

A Damp January allows for a little binge drinking. It just asks that you genuinely think about what that binge did to you: physically, mentally, emotionally. And focusing on the stakes of your decision-making — instead of the mistakes — should hopefully afford you more space to make adjustments. No self-flagellation necessary.

Examples of those refinements might include setting limits on how many drinks you have while out with friends; imposing a time limit on how late you drink at night; asking yourself whether you’re only at an event to drink alcohol; prioritizing the “taste” alcohol provides instead of the “feel” it gives you; or replacing a traditional drinking night with a different social activity, like attending a new class.

What separates a Damp January from a Dry January isn’t your permission slip to drink at dinner. It’s the idea that this isn’t a finite experiment. It’s a thorough reexamining of one of the most important relationships in your life. That sounds dramatic, but it tends to present itself in small moments and sometimes not for days at a time.

You probably won’t see too many people bragging about completing a Damp January this year — not the least because of that kinda gross name — but that’s also because you can’t complete a Damp January. It’s continuous. For those on a Dry January journey right now, we salute you. But here’s to a damp year. 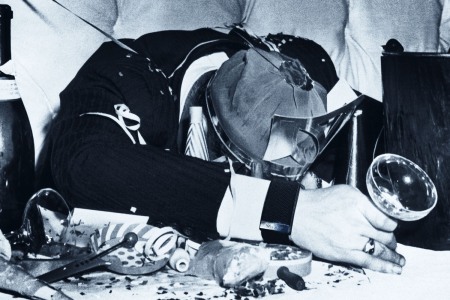 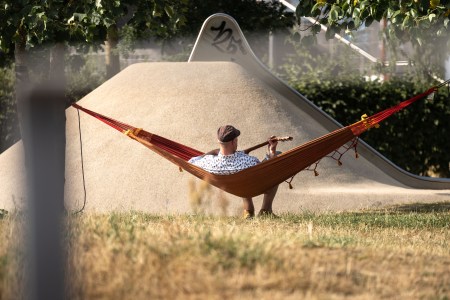 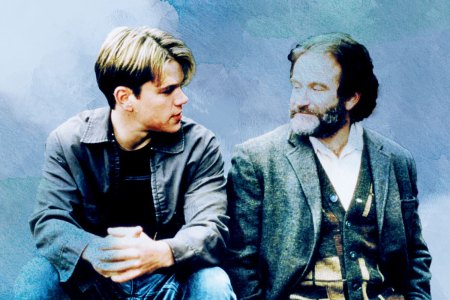