The habits, workouts and products that got the "Jurassic World" actor totally jacked 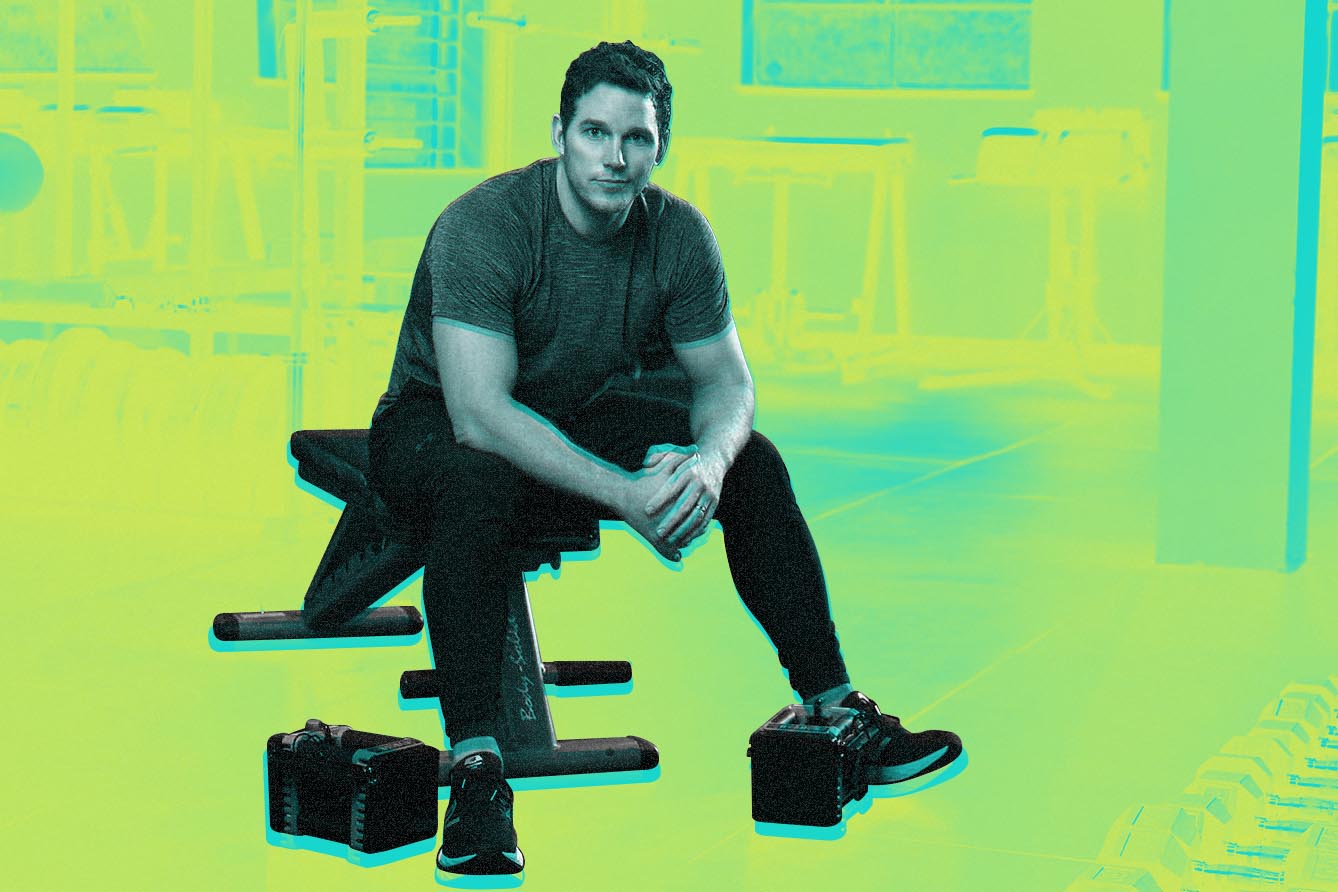 Chris Pratt, the Hollywood megastar from Guardians of the Galaxy and Jurassic World, has famously not always been in the shape he’s in now. He played sports and stayed fit as a teenager, but then he went through years of fluctuating weight and questionable health in his 20s.

When his roles called for him to be goofy (see: Andy from Parks and Recreation), his weight wasn’t an issue. But when he wanted to land some more serious roles in films like Moneyball and Zero Dark Thirty, he realized he had to make some big changes.

It took a few years with a lot of ups and downs, but today the actor is a trim and muscular 230 pounds. He’s also a kickboxing fanatic.

We got a chance to talk to Pratt — soon to be heard in the new Disney/Pixar flick Onward — about his fitness routine and his must-have workout gear. If you really want to be like Pratt, you can buy some of that gear at the actor’s new Amazon storefront, where a portion of the proceeds will go to various charities.

When did you start working out seriously and getting fit?

Early in my twenties. I I was doing this show Everwood. The director, Michael Schultz, told me I had to get in good shape. I took it to heart and started working with a trainer. It wasn’t that hard — I had been a wrestler and a football player.

That slid away from me when I was on Parks and Recreation. My lifestyle at the time was different, and I was playing this schlubby character, and that fit. It was funnier the fatter I got!

But when I auditioned for Moneyball and I was told I wasn’t the right physical type, that stung. So I took two months to lose 30 to 40 pounds in kind of an old-school wrestling way where you starve yourself and work hard. After that, I was bouncing back and forth and fluctuating 40 to 50 pounds per year. I’d go from 260 to 220 to 270 to 230 when I was doing Zero Dark Thirty.

I went up to 300, but then got back down to 229 for Guardians of the Galaxy. At that point I decided I wasn’t going to go back to being heavy. I lined up a new lifestyle, didn’t drink or go out as much, had my son and cleaned up my life.

You travel a lot for work. How do you fit in workouts?

It’s different. When I’m filming in Atlanta, I’ll work out in a trailer or use the gym in the hotel. In London, I’d have a personal trainer or a gym on the set. And when I’m in Los Angeles, I go to Unbreakable, Jay Glazer’s gym. It’s a place you’ll find MMA fighters, but it’s also a boxing gym, a weight gym, a place to do kickboxing, jiu jitsu or calisthenics.

Boxing’s a big part of your workouts. How did you pick that up?

It’s a great form of cardio, but it also has practical applications. If I’m running on a treadmill or doing just doing cardio for the sake of burning fat, well, that’s complicated for me — I get bored! I enjoy kickboxing and working my ass off … I’ll be sweating profusely, but I’ll also be engaged. I grew up as a wrestler and I’m also an MMA fan. Now, I can learn to fight and lose weight at the same time.

It’s also mentally challenging. I have to focus on breathing and technique, and that makes the physical activity more strenuous.

Why did you partner with Amazon on this storefront?

If you go through the store, through their Amazon Smile program, some of the proceeds go to charities. As for why they collaborated with me … I’d like to take credit, but I think they were doing fine without me. (Laughs.)

What do you miss about your pre-workout life?

The instant gratification of giving in to my every impulse in the moment is pretty nice. Hey, eating cake is fun! But I don’t miss feeling sick, depressed and lethargic. That life is like a photo negative of how I live now. I feel fantastic — when I see a hillside, my first thought is, I can climb that! My body is now one of movement, instead of feeling shitty and having a cloud hang over me.

Do you have a cheat day?

I do and I don’t. I scheduled it so I can have 3,500 calories above and beyond [my diet]. Basically, if I eat only what’s on my diet, I can lose a pound a week. So depending on if I’m gearing up for a movie, I can sometimes cheat. It’s complicated … except I’m a Hollywood actor, so it’s much easier because I have a personal chef. I know that’s very relatable. (Laughs.)

You ever work out with your father-in-law (Arnold Schwarzenegger)?

I did, once! It’s not intimidating. Growing up, I was a massive fan. Now that he’s my father-in-law, I just see him as this really nice and knowledgeable guy. And now when I do shoulder press workouts (Editor’s note: that’d be the Arnold Press), I know I’m doing it right. I got it right from the source.

“When you’re working out and wearing headphones and you look engaged, people leave you alone. And it blocks out the world around you. It also prevents you from hearing yourself breathing heavily.”

“Meditation can be complicated. This is a headband that’s interactive, and helps you get a baseline of calm while also giving you instant feedback.”

“It’s effective and it offers some interesting dynamic movements.”

“If you’re like me and getting old, this is helpful to pick out various spots where I have tension, like in my calves or quads. It’s an amazing way to open up the hips and legs, where I have problems. You know when someone digs into a knot with a finger or elbow and every time they push it’s like a revolution? This gun is like 100 revolutions per minute. It’s a really effective and fast massage.”

“Hitting a heavy bag gets my cardio going. I do 20 seconds of hard punching, then slow down for 10, then another 20 of hard, all for up to 20 minutes. It works up an amazing sweat. You should probably incorporate boxing gloves into that workout so you won’t rip your skin off. Unless you want to go all Bloodsport.” 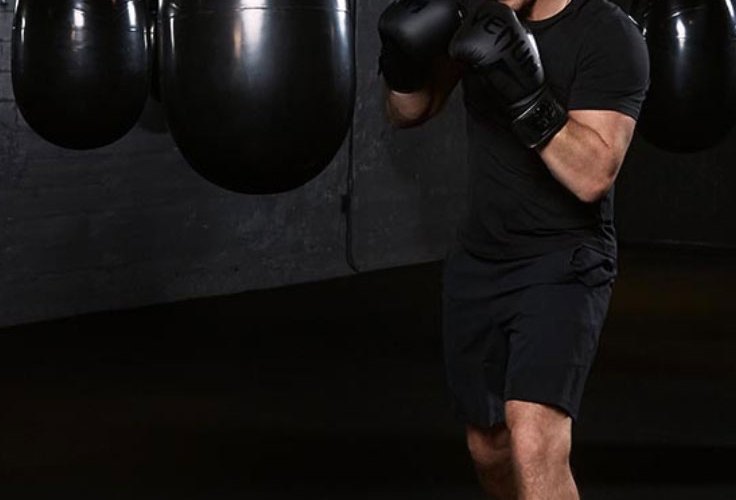 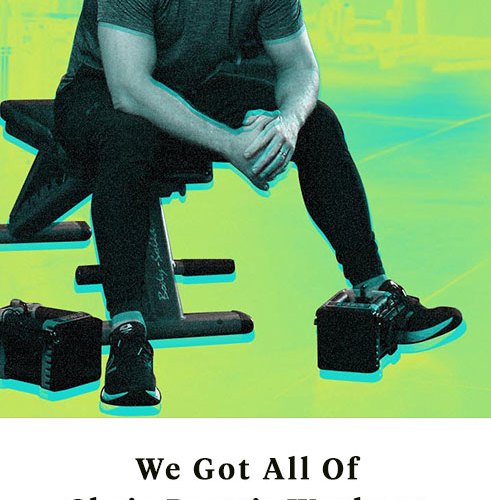